Highly sensitive people have been labeled a lot of ways in the past, like fragile, over-emotional and intense. But there's more to a highly sensitive person than just excess crying and a whole ton of feelings.

Those with an empathetic personality are actually biologically wired to behave the way that they do. As a result, they also have an entirely different approach to to their physical environment -- and that isn't necessarily a bad thing.

Below are just a few ways highly sensitive people interact differently with the world around them than their "thick-skinned" counterparts. 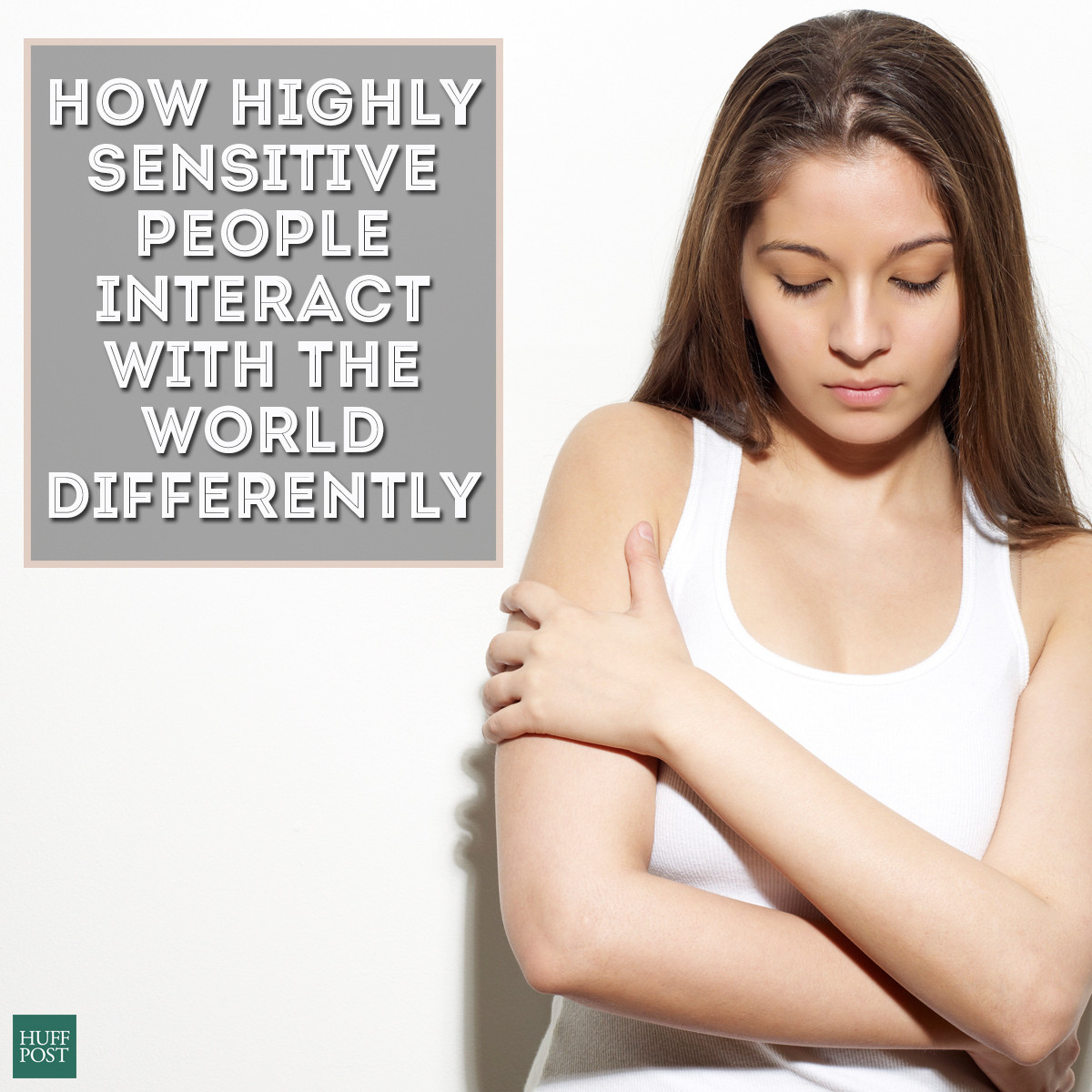 They're easily overstimulated by their surroundings.
Loud noises, big decisions and large crowds don't bode well for HSPs without a little downtime to balance them out. This is because they have a very active emotional response, according to Elaine Aron, author of The Highly Sensitive Person and one of the original scientific researchers of the personality trait.

"The reason this happens is because they're processing everything around them so thoroughly," Aron told The Huffington Post. HSPs process their surroundings or life events based on emotions. In other words, the more overwhelming their circumstances get, the more deeply they feel.

They pick up on the subtleties in a room.
Did you rearrange your living room? Did your spouse make you upset at a dinner party? Sensitive folks can sense many subtle shifts, whether they're tangible items or emotional moods, Aron says. "There's just this intuition they have about their environment that other people generally aren't aware of," she explained.

That intuition also guides them in their own relationships as well. HSPs notice different attitudes that may not be picked up on by other people. So if you're using different language or texting more abrasively than normal (think periods instead of exclamation points), chances are a HSP is going to take note.

They're more emotional in their relationships.
HSPs crave deep connections. According to Aron's research, sensitive people tend to get more bored in marriages than non-HSP couples, mostly due to the lack of meaningful interaction that naturally occurs as time goes on. However, this isn't necessarily bad news. Aron says that the lack of meaning doesn't mean an HSP is going to abandon ship -- it's only going to motivate them to have more stimulating conversations.

The key to a successful relationship for an HSP is communicating what they want out of a relationship and finding a partner that understands their emotions are part of their nature. "Sensitive people can't help but expressing what they're feeling," she said. "They show their anger, they show their happiness. Appreciating that is really important."

Sometimes they prefer to fly solo.
HSPs function best when they're in quieter environments -- particularly in the workplace, according to Aron. "Open office plans aren't productive for them in most cases," she says. This preference to operate alone may even go for leisure activities outside of the office. HSPs may also avoid group sports or physical activities because they feel like their every move is scrutinized, Ted Zeff, a researcher and author of several books on highly sensitive personality traits, previously told HuffPost.

They might be more sensitive to caffeine or alcohol.
This certainly isn't always the case, but Aron says on average HSPs may have more of a sensitivity to stimulants like caffeine or substances like alcohol, based on self-tests she's conducted for her research. HSPs are also more easily bothered by hunger, she said.

They get anxious around conflict.
Conflict is a tough road to navigate for HSPs, according to Aron. They have two approaches to dealing with it, and those ideas are often at war with each other. "Sensitive people get torn between speaking up for what they feel is right or sitting back because they don't want a violent type of reaction [from others]," Aron said. "They're very sensitive to environments where they're being judged for their sensitivity or for anything else."

On the other hand, HSPs have a way of managing disagreements in a rational way. Because of their high levels of empathy, sensitive folks can often put themselves in the other person's position and see their side of the argument, Aron explained.

When it comes down to it, Aron says the key for sensitive people is to embrace their personality trait rather than work against it. "Highly sensitive people make excellent leaders, friends and partners," she said. In other words? Keep on experiencing those emotions, HSPs -- even if they do make you cry.

Personality Traits That Could Lead To A Longer Life
Voting Made Easy
Register to vote and apply for an absentee ballot today
Register now
More:
healthy livinghighly sensitive personEmotional Wellnesshplifestylehighly sensitive people
Newsletter Sign Up
The essential guide to taking care of your mind and body
Subscribe to HuffPost’s wellness email
Successfully Subscribed!
Wellness delivered to your inbox