Let's be honest: relationships are complex, no matter what kind of personality you have. And some truths are universal, like fighting is never fun. Romantic gestures are usually appreciated. Communication is definitely valued. Compromise isn't always easy.

But a lot of these nuances are only heightened if you're of a more sensitive nature. Below are nine things to keep in mind if you're in a relationship with a highly sensitive person. 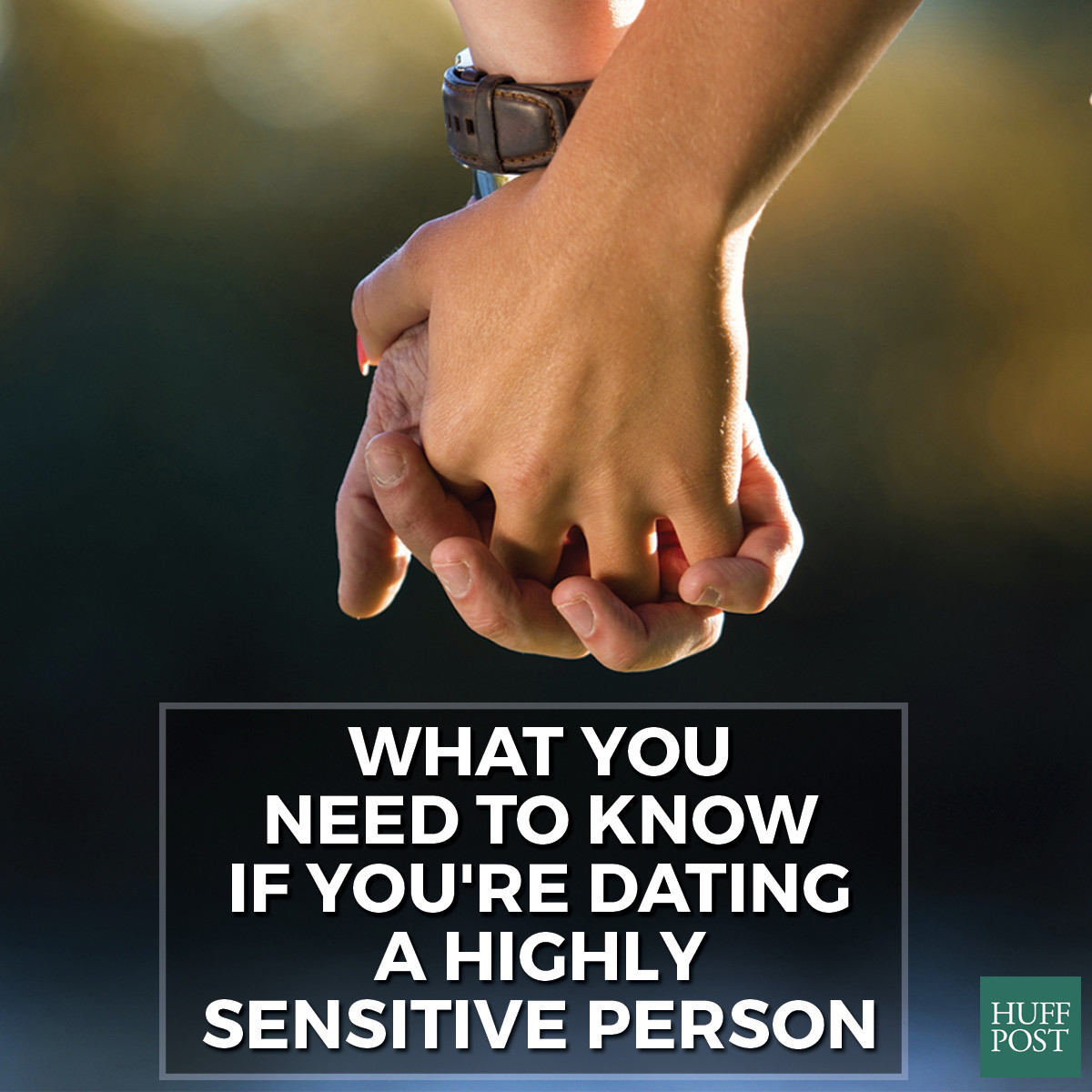 We're intuitive.
It's no secret that HSPs pick up on subtleties in a room or conversation, but it's a point worth driving home. If our significant other is upset, chances are we're going to notice. Sensitive individuals are very intuitive when it comes to mood shifts, whether it's a quippy remark or even just a different texting tone. There's a big difference between "Can I see you tonight?" and "Am I seeing you tonight?" or "I'm fine!" and "I'm fine."

We love deeply.
Because we are so driven by our emotions, that usually means we don't take any relationship -- or our feelings about it -- lightly, according to Elaine Aron, author of The Highly Sensitive Person and one of the original scientific researchers of HSPs. "We don't think about anything if we're not motivated by some emotion, whether it's curiosity, love, anger or fear," she told The Huffington Post. "We think about things because we feel something about them."

We struggle with conflict.
Fighting with a significant other is terrible for anyone, but for an HSP, conflict is particularly uncomfortable. That's because we're having an internal debate of our own during the process. "Sensitive people get torn between speaking up for what they feel is right or sitting back because they don't want a violent type of reaction [from others]," Aron previously told HuffPost Healthy Living.

HSPs respond more productively to positive experiences rather than negative ones, Aron said. That means we're more likely to reach a solution through a more supportive interaction than an aggressive one.

We need our emotions to be validated.
Phrases like "you take things too personally" can feel like a significant dig. For us, there's no such thing as feeling too much -- and it hurts when our emotions are viewed as a weakness. HSPs also tend to withdraw when they're being judged for their sensitivity, Aron said.

We get bored easily.
According to Aron's research, sensitive folks get a little restless in relationships that lack meaningful interactions -- but that doesn't mean we'll throw in the towel. If anything, it's only going to motivate HSPs to create more stimulating conversations, she said.

We're more emotionally reactive in our interactions.
PSA: We're probably going to cry. A lot. A partner who is understanding of a HSP's tendency to show their emotions is ideal for a successful relationship, Aron pointed out. "Sensitive people can't help but express what they're feeling," Aron said. "They show their anger, they show their happiness. Appreciating that is really important."

Our ideal date involves a little downtime.
We love dinner parties and exploring museums just as much as the next person, but don't forget to factor in a little "off" time. "They usually prefer to avoid overstimulation," Aron said. The bottom line? We prefer your company, the activity is secondary.

We pay close attention to what our partner wants.
In Aron's research, she's also noticed that HSPs may have characteristic called "mate sensitivity," or the ability to quickly assess what pleases their partner and act based on that knowledge. This behavior also goes for platonic relationships as well.

We don't expect our partner to wear their heart on their sleeve.
Approximately 20 percent of people are HSPs, according to Aron's research. That means a significant majority doesn't identify with the personality trait -- and that's perfectly OK with us. Just because someone is highly sensitive doesn't mean they can't be in a relationship with someone who isn't (in fact, Aron says she identifies as a HSP while her husband does not).

Ultimately, what matters to us is how we feel when we're with our significant other. Like all romantic partnerships, our relationships take patience, understanding and work. We just may have a few extra tears thrown into the mix -- and there's nothing wrong with that.