First in a 3 -part series of interviews with Autonomy founder, Dr. Mike Lynch.
Part 1 will focus on the early 'startup' days of Autonomy.

Autonomy & Mike Lynch: "We're on a Mission From God"

Dr. Mike Lynch has lately been called "the UK's first software billionaire" because he recently sold to Hewlett-Packard his once-upon-a-time startup turned the UK's largest software company, Autonomy, for $11.7 billion. 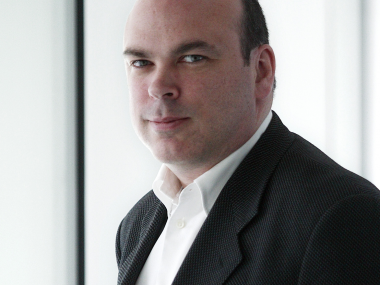 I first met Mike Lynch in 1999 at a tech conference in Cambridge, England. Years later, in 2003 and again in 2005, I interviewed him for a couple of articles for the Financial Times and The Register. Lynch had fanciful visions about what software might eventually do and was talking to anybody who would listen.

Though he and Autonomy were relative unknowns in 1999, I thought he was a serious guy and would be an incredible success. I was right.

After building and growing the company over a decade, taking it public and becoming the largest software company in the UK, Mike Lynch recently accomplished the equivalent of the Entrepreneur's Triple Crown: he has sold Autonomy to Hewlett-Packard for a stunning price; he remains its CEO, with complete 'autonomy' over his baby; he is permitted to operate as an independent enterprise from the 'mother-ship,' H-P.

In interviewing Lynch, I first saw a technology mind nonpareil, but with little personality, ostensibly because he wasn't showing it to me. In subsequent conversations, I discovered a guy with an incendiary sense of humor and a lot of humility about what he's accomplished.

This first interview is about the early days of Autonomy when, like most startups, success, even survival, was by no means a sure thing.

"In 1990 I was just an academic at Cambridge University, nothing more," Lynch began. "I had no business experience whatsoever. A popular 'buzzword' and technological focus in Cambridge back then was 'neurodynamics,'" Lynch recalled.

In 1991, Lynch started "Cambridge Neurodynamics" which laid the groundwork for computerized fingerprint-identification systems. In 1996, this first company spun into Autonomy.

He said that he began to try to avoid that complicated term ('neurodynamics') and focus instead on communicating Autonomy's product in simpler, 'real-world' terms. Lynch told me this was essential for Autonomy to attract investors and customers.

Lynch carried on like an American, "unstructured information is irrelevant... nobody's going to do it manually by tagging... we're all too busy."

The seminal moment for Autonomy came when Lynch decided that his raison d'être for Autonomy was to create a technology that fit the way humans process the world rather than forcing human users to process information the way legacy computing systems always had.

According to Lynch, the computing establishment that started in the '60s has only addressed 10 percent of the world's information -- structured data that fits neatly in rows and columns; like an Excel spreadsheet.

"The computer from the '60s couldn't cope by the '90s. Now, we're helping organizations process the other 90 percent of the world's information -- unstructured data like web pages, video, audio, social media, emails and so on. This 'human information' is the more interesting, valuable stuff." Lynch likes to say that "customers don't send you a database, they Tweet or call you."

What kept Lynch and Autonomy going in those difficult startup years? "You'll always look back on those early days with massive nostalgia," Lynch said wistfully. "We were on a mission from God."

Lynch then recounted the first time he tried to raise funds for his baby. "When we first tried to raise finance -- remember, this is in the UK -- we went to a banker and told him we wanted to money for 'singular value sparse-space decomposition.' He sent us away immediately." Lynch recollects the incident with a titter.

After things got somewhat more dire, Lynch said, he ran into "an old-fashioned, English eccentric in a pub." After what Lynch drolly described as "15 minutes of due diligence," the eccentric wrote a check for ₤2,000 pounds (then about $3,000).

Asked if ₤2,000 was enough to keep Autonomy going long-term, Lynch sagely observed: "The thing about having only 2,000 quid is that you have to focus on what's important. And part of that is creating a high-margin product."

Finally, Lynch told me a story of what I would call "Startup Ingenuity." Though it's a bit dodgy; I loved it:

"In the early days," Lynch began, waxing romantic yet again, "when we had five people, Autonomy had a tiny, one-room office in Cambridge. We worried that bringing clients to our 'HQ' could be a turn off, as they would see we were so small." This would seem to be a major quandary and stumbling block for most entrepreneurs and their startup babies: How do I (and is it right?) make my business appear bigger than it is?

Like a comedian setting up a punch line, Lynch continued, "But we were resourceful and lucky. We had a broom cupboard, and we made a sign saying 'Authorized Personnel Only' and stuck it to the broom cupboard door. When a client arrived, we explained that they could not go past this into the lab, for security reasons. I like to think they imagined thousands of computer scientists coding frantically, tapping away at machines behind the door, rather than the reality of an old mop and a bottle of detergent. It was important to hide how small we actually were."

Lynch finished whimsically: "To this day it is still a tradition, so if, in an Autonomy office, you see a door with 'Authorized Personnel Only Beyond This Point,' behind it could be 100 engineers or a mop."

With that, we conclude Part One of our three-part series. Stay tuned as Part Two covers Autonomy's rampant growth, IPO and growing into a major European software power.