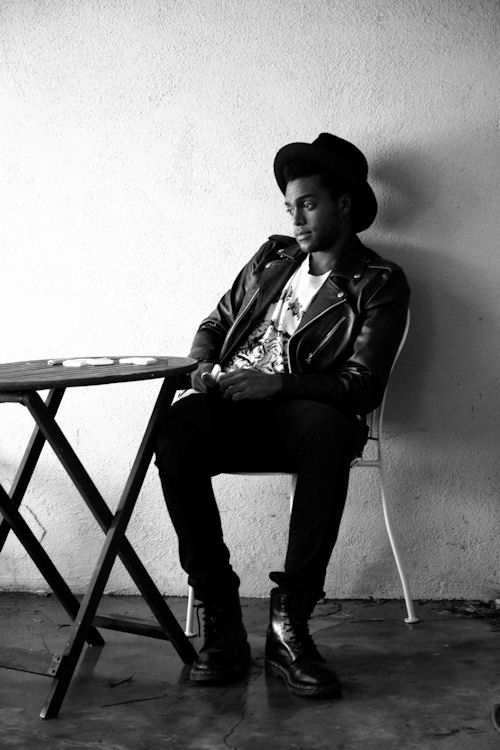 Important lessons, memorable moments, a great story, a barrage of feelings and emotions are all things that can be experienced when listening to music that hits all those notes in those who are listening.

Too often, today's music is about a gimmick, follows a theme -- or sets a trend or new catch phrase that many can't wait to have dropped from the common vernacular.

Then there are those moments where something so unique is heard that it hits all of those important notes -- at that point, it can't be helped what the emotional experience is from there. All that matters is that fun is being had while listening.

Austin Brown's Highway 85 Mix Tape is one of those experiences.

From beginning to end, an experience is to be had -- we all know that in every life experience comes a wide array of feelings to be felt during that time. Highway 85 is a journey that we've all been on at some point in our lives and after you've listened -- you discover that the revisit was enjoyable, you'll want to listen to this album time and time again just because of that.

It can almost be said that a certain sense of euphoria is felt in going back and re-exploring ironically what some would consider the most painful experiences in their lives.

Austin's ability to tell a story through good music is very present here. This album is his freshman project and if he is able to explore all of his life's experiences this uniquely at age 27 -- then we definitely have some great music to look forward to in the years to come.

Austin converses about his motivations, his inspirations, his style, his creation, and last but not least coming from a legendary family in the world of music.

You're reading a conversation with Austin and about Austin.

I just got through listening to Highway 85 -- wow, I have to congratulate you on a brilliant effort.

Thank you, so very much. That really does mean the world because we really worked hard and took the time to craft our own sound and just to have fun while doing it. The fact that you took the time to listen to it and that you actually dug it really does mean a lot. I'm just trying to grow all around as a musical artist and truly make things for my generation that can offer them a different perspective on music. I'm here to do it because I grew up listening to and loving so many different people. It seems that when I was younger the music from earlier periods gave you many different points of view, more than the music today. Hopefully, I can be one of those artists that offer different perspectives to people.

I believe the album accomplishes that -- not just from the perspective of listening to the lyrics, but in the fact that each song stretches across and touches so many different genres. Everything is in perfect harmony and the lyrics seem to make more sense than what's heard in most songs today. I've also noticed that there are a lot of songs out there today that sounds like they're right off of the demo track. It seems like the first try is the final cut.

I hear a lot of that in the music I listen to, even with the people that I'm a fan of. Sometimes you can tell where they were trying to go with the album and it might not give you a different kind of flavor because it might have been produced under stress or a deadline. I grew up listening to and articulating so many different styles of music. For me, it was very important that I be able to show every kind of style that inspired me to make music but at the same time having it all possess a synchronicity that is me and my voice.

In the aspect of establishing your own style, what is the underlying message in those songs?

It's telling real stories in my own way of love and heartbreak -- being someone in their 20s and experiencing confusion in life while trying to find their own way. It's a normal thing at this age.

That's great, even though music is a form of escapism I think it should channel real life.

I absolutely agree with you, Bryan; 100 percent.

So what can we come to expect from you as far as music short films go? What visual style are you hoping to accomplish?

The best example would be my last video, "Ménage à Trois." The main thing that I wanted to do was create something that gave reference to how fun the song was while telling a quirky story. I chose to do that instead of telling the story in a way that people would expect from the title of the song. I've always loved visuals, Gap ads, and fashion -- I've studied a fashion a lot. To me, it's about making those pictures come to life and to be about expression. With my visuals, it's always going to be approached in a different way and it'll be how I see and hear my sounds and my songs -- that's how I'll be providing perspective.

As far as sound is concerned, I've noticed and appreciated a point that music aficionados out there will really dig -- you seem to be really adamant about the use of instrumentation in a generation of music where mainstream tends to veer away from it. It sounds like you're trying to bring us back to that.

Absolutely. I love playing music; I love playing instruments, and I love creating with people who play instruments. That's what my music partners and I talk about all the time. Tom Parker, a collaborator on this album, agreed that it was about getting back to all of the people that we listened to. That's really what it was. If you're going to go and create a song about being bipolar and suicidal, then at the same time I want it to sound like the Magical Mystery Tour. I have to get my version out there of what I think that sounds like because no one can recreate the Magical Mystery Tour, only the Beatles can. That's where a song like Highway to the Sky comes from. You have to make it all in sync with a certain time period. At the same time do it in a way where it'll always remain understandable -- making it timeless.

Fascinating. In the first couple of songs that I heard -- I can't even pinpoint any one decade that I've heard, all of it together created this sort of abstract and eclectic sound that is unique to this album. What does that A to B creative process look like for you?

It usually starts with what I'm listening to. When we were creating those songs, I was in such a world of the Beatles and soul music. Especially my favorite song -- "Bernadette" by The Four Tops. We became heavily inspired by James Jamerson of The Funk Brothers, in my opinion he is the best bass player that ever lived next to Larry Graham and Charles Mingus. Those were the real grooves. In a sense, we tried to tap into the era. We studied the chorus, the movements of the bass line and the story telling. In a song like "Bernadette," you can hear that dude is just totally jacked up about his woman being with another man, you can hear him crying through that song. Like "Ménage à Trois," I'm crying out because I don't know how the f*** I fell in love with two women. Now, what the hell do I do? This is about to be some crazy s*** and no matter what someone gets their heart broken. That's what it was for myself and all those who contributed to this album -- mashing up those worlds and getting the story telling right. It's like playing a character.

Very much so. That character is a musical extension of yourself.

100%. It's a story that I've personally experienced. Everything you hear on this record is an extension of me. The thing about me is that I show exactly who I am through every single song, everything you hear is 100% me. You might not get all of those sides when you meet me because it's private, but in my music I'm completely naked.

I can't help but feel that I'm hearing just a hint of you channelling your legendary uncle in certain moments on a couple of tracks. Michael Jackson was a truly special person. I think I speak for a lot of people when I say that when he died, a part of us died with him.

The thing about Michael is that he was the type of person where everyone in the world felt exactly that same way. It's kind of hard because with family you want to hold that special person to yourself, but he truly belonged to everyone. Unfortunately, the world was too cool for him. He had that different perspective, you automatically wanted his opinion on whatever was going on in the world.

Does it ever feel like it's a tremendous amount of pressure being the newest talent coming from one of the most loved and scrutinized musical families in the world?

Not at all, not the least bit. I don't think about it and I can't say it's ever crossed my mind. It doesn't scare me or anything. That's because you come in the sense of knowing that those aren't my accomplishments. I didn't do any of that and I'm a big fan just like you. With that said, I have to give myself a shot and create the music that I love and develop a base for myself. They don't have to necessarily be only my family's fans. If I'm fortunate enough to acquire some of my family's fans then I'm winning because their fans are very intelligent and sophisticated music listeners. It's just a work in progress for me and I'm just going to keep doing what I love to do.