On the day the Serbian tennis player Novak Djokovic won the Australian Open in Melbourne, the American chess grandmaster Hikaru Nakamura, 23, achieved the best success of his life.
He won the chess equivalent of a Grand Slam event - the Tata Steel Chess tournament in the Dutch coastal town of Wijk aan Zee ahead of the world's four top-rated grandmasters. 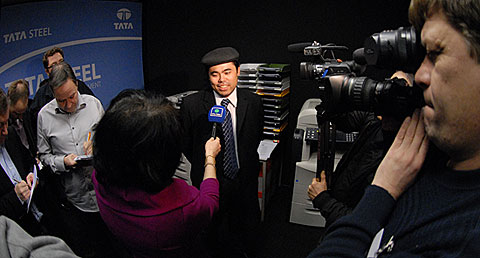 "I cannot remember the last time an American won a major tournament. I hope my victory will make for greater interest in chess back home in the [United ]States," happy Hikaru said after his victory.

On the way to first place, Nakamura defeated six opponents, drew six games and lost once, for a 9-4 score. He outpaced the world champion Vishy Anand of India by a half point. The world's top-rated grandmaster Magnus Carlsen of Norway and Levon Aronian of Armenia shared third place with 8 points. The former world champion Vladimir Kramnik of Russia and the Frenchman Maxime Vachier-Lagrave finished with 7,5 points. The other eight players didn't score above 50 percent.

The Czech David Navara and the Englishman Luke McShane showed excellent fighting spirit and shared first place in the grandmaster group B, scoring 8,5/13. Both players will be promoted to the top group next year. The Italian GM Daniele Vocaturo won group C with a 9-4 score.

Anand has been the most successful player in Wijk aan Zee, winning the prestigious event five times. He was close to triumphing this year, going undefeated and scoring four wins. But he needed one more win to catch the American grandmaster. Nakamura's nine points is an excellent result. It is one point shy of Garry Kasparov's historical record from 1999. That year Kasparov not only played well, but he also created his most spectacular game against the Bulgarian Veselin Topalov.

The tribulations and triumphs of the Advanced Caro-Kann
Nakamura and Magnus Carlsen are typical kids of Internet chess. During their teenage years they spent many hours blitzing online. As they grew older and their chess matured, they became more serious. Their opening preparation has been excellent. Good examples are two Caro-Kann games they played in Wijk aan Zee.

The solid Caro-Kann was played by many great players such as the world champions Jose Raul Capablanca, Mikhail Botvinnik, Tigran Petrosian, Anatoly Karpov and Anand. Even the young Kasparov tried it for a while. Black's position is sound and exchanging a few light pieces greatly diminishes white's attacking chances. In the Advanced variation white grabs space and keeps most of the pieces in play - and it pleases all attacking souls. The following two games show the tricks and twists of the popular line. In the first game Nakamura as black meets the Russian champion Ian Nepomniachtchi and the play turns wild in no time. 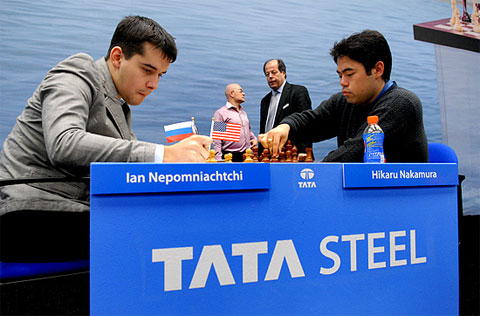 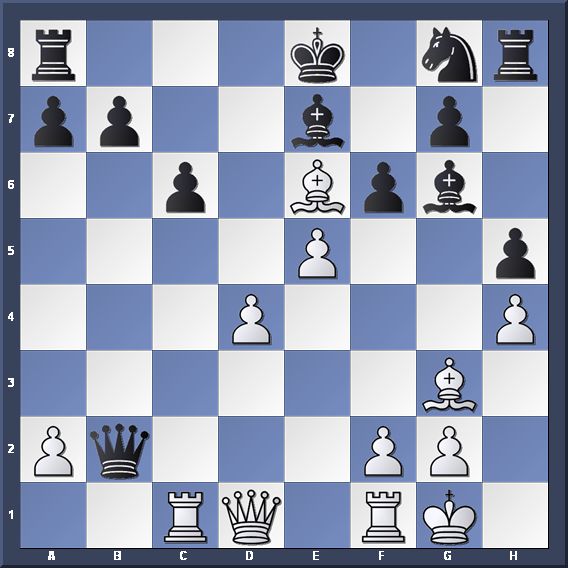 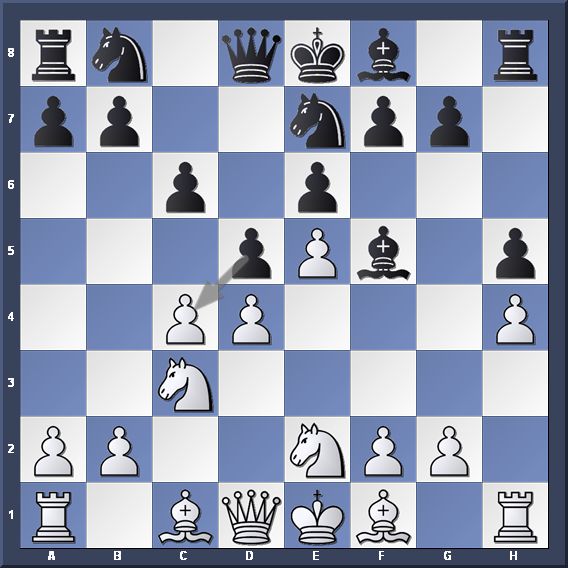 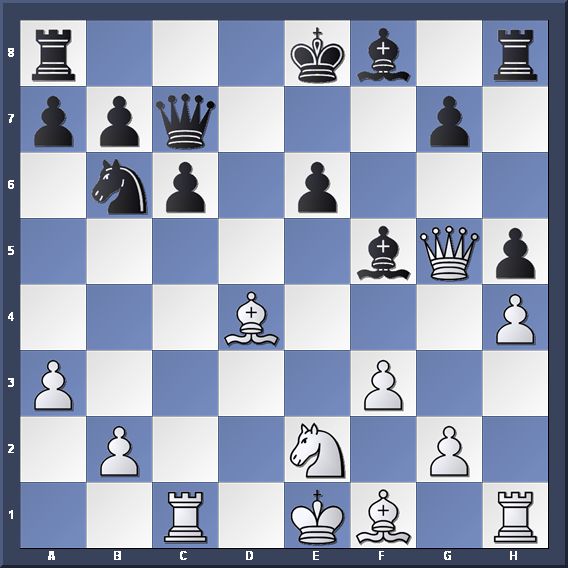 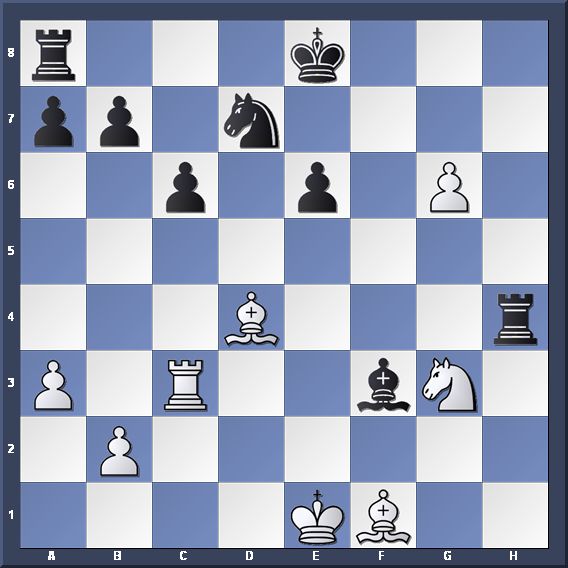 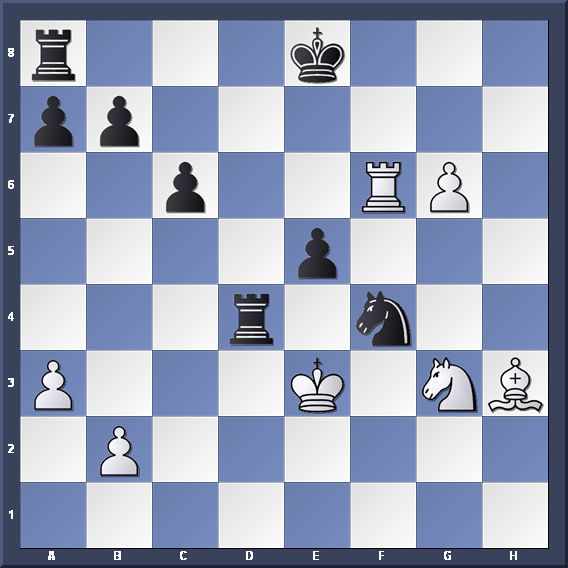 Against the Chinese grandmaster Wang Hao, Carlsen as white handles the Advance variation slowly. But after he outplays his opponent, the Norwegian switches to a fierce attack.
The game is very instructive. 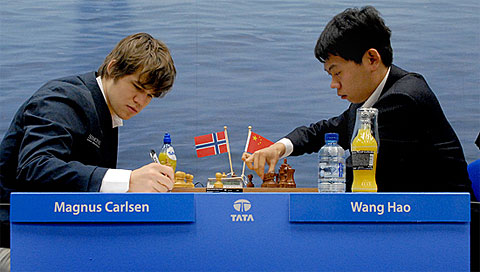 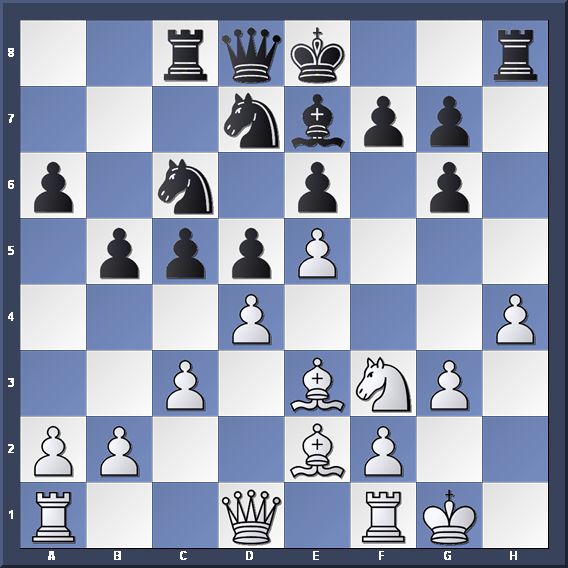 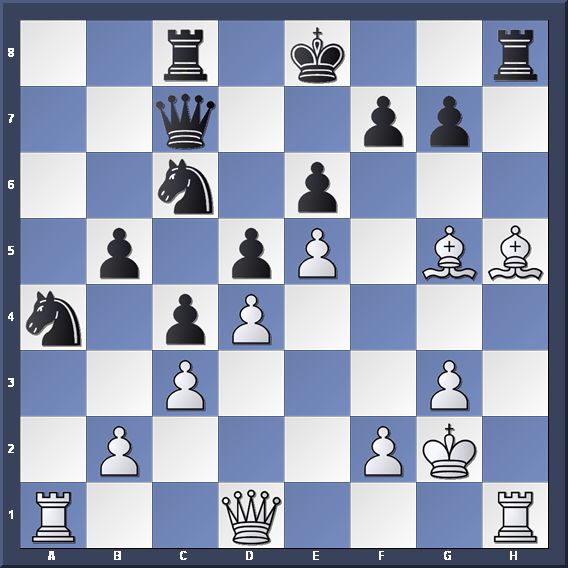 (Carlsen took a deep breath here, calculating the bishop sacrifice. In a critical moment, he wanted to make sure everything worked smoothly and didn't want to trip up.) 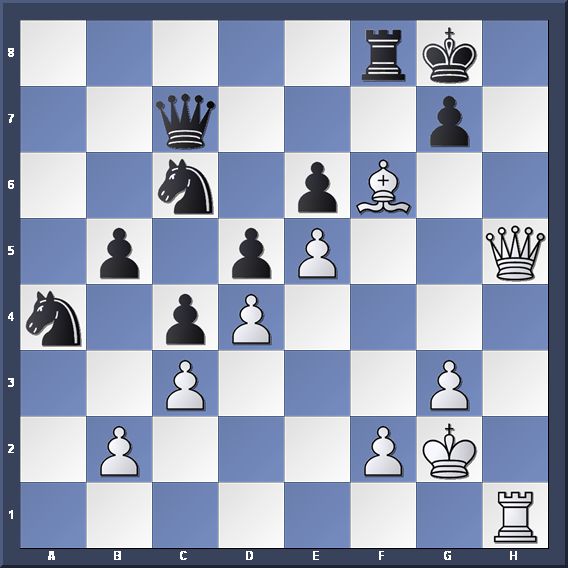