Saylor Guilliams is only alive today because last year she dyed her hair red.

One afternoon last March, the 22-year-old was hiking a trail in Santa Barbara, California, with her friend Brenden Vega, also 22. Their inexperience showed: The terrain was more treacherous than they had planned for, and as it began to grow dark, they struggled to find a way back to their car. Then, Guilliams landed badly when jumping off a rock, fracturing her left leg.

Things only got worse from there. Their cell phones were dead, and they hadn't brought flashlights. When Vega tried to carry Guilliams, he fell, shattering his glasses, breaking his elbow and breaking her ankle. In a matter of minutes, the couple's pleasant day outdoors had become a nightmare. Unable to walk, Guilliams stayed put while Vega went to get help. That was the last time she saw him.

“I was yelling for help all night and the rest of the next day, even though I was losing consciousness,” Guilliams told The Huffington Post. “At some point I didn’t think anyone would find me. No one would save me and I would end up dead.”

By the next afternoon, her lungs had given out and she had stopped screaming. Guilliams lay face down in mud and leaves, delirious, surrounded by buzzing flies.

Around this time, three hikers approached the area. One of them, Nicole Gergen, saw “a flame of red hair" out of the corner of her eye. “Then I saw it move.” 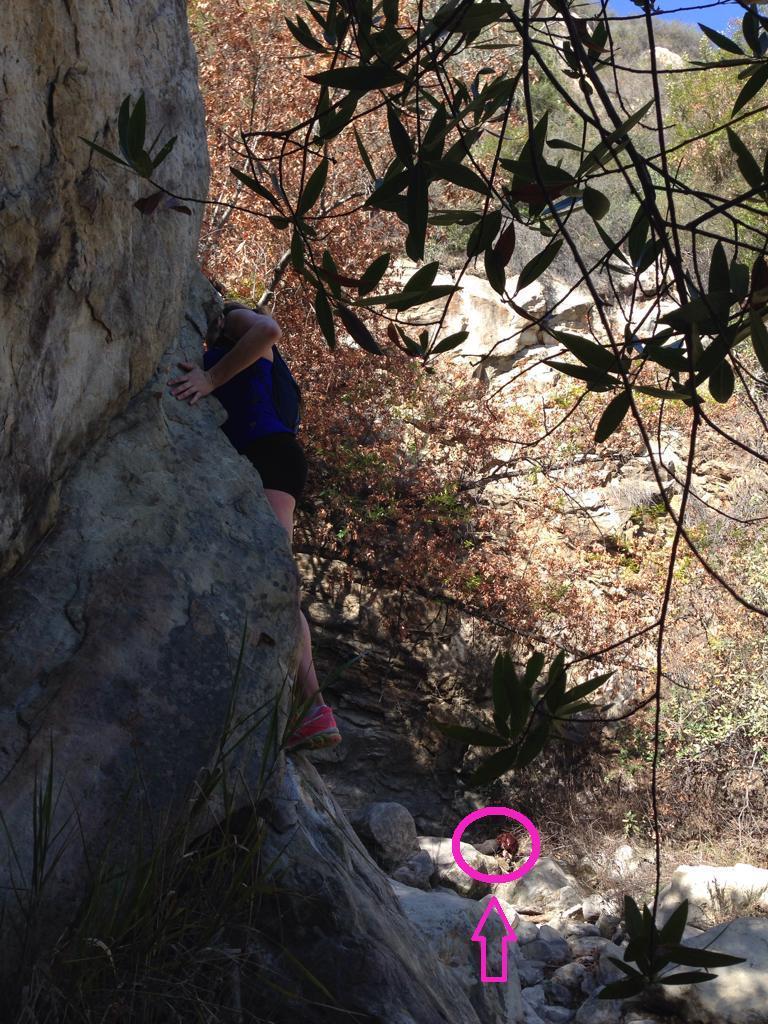 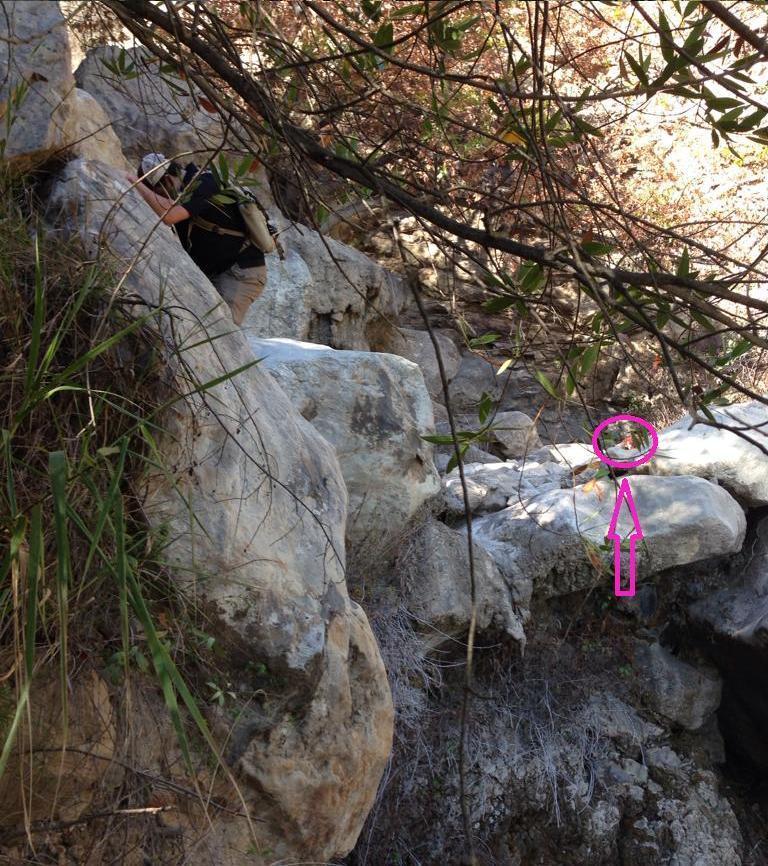 Gergen, 29, a fourth-year resident in pediatrics at Hasbro Children’s Hospital in Rhode Island, saw that Guilliams' injuries were potentially life-threatening. Also on the hike with her was her boyfriend, Joe Villapiano, and his brother-in-law, Peter Biava.

Villapiano called 911. He was the only one who had brought his cell phone -- a suggestion initially rejected by Biava, who had recommended they not bring their phones so they could better connect with nature.

“This route had dangerous boulders and rocks so no one else was there,” Biava, 28, recalled. “Plus it was Monday afternoon during work hours. I mean, even I was only there at the time because I was unemployed.”

Villapiano, 33, then contacted Guilliams’ mother and aunt. “I had been so frightened, I’d gone to the police department. We had no idea where she was,” her mother, Sandy Lipkin, told The Huffington Post. She had last seen her daughter the previous day but became worried when Guilliams didn't answer her calls. “Had she and Brenden moved to another state and started a new life? I didn’t know.’”

The group could best be reached by helicopter. Emergency services asked the hiking group if there was anything bright available so their position could be more easily flagged down.

“I was waving my hot pink Adidas sneakers like an air traffic controller!” Gergen laughs. 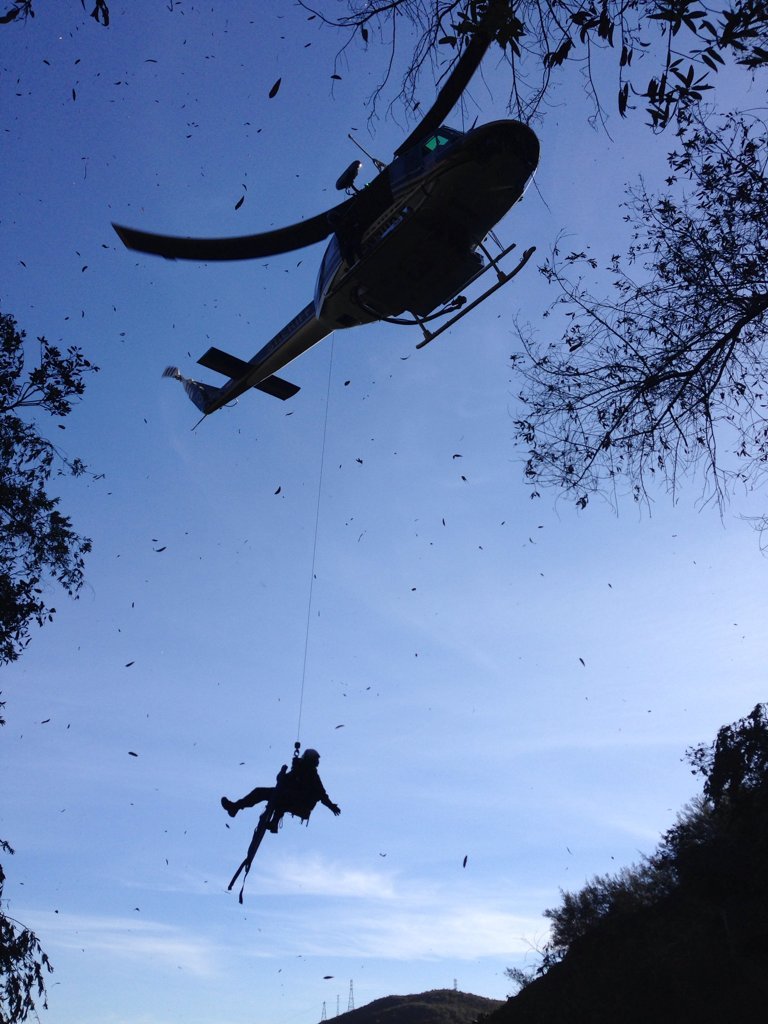 The paramedics weren’t the only ones trying to reach Guilliams. For Saylor's father, Jeff Guilliams, Dad mode had kicked in.

“In my car, the speedometer doesn’t change above one and a quarter. The speed was pegged there, so I must have been going faster than 125,” said Jeff Guilliams, a former Fleet Training Specialist for the Navy SEALs. He immediately drove to the trail after learning his daughter was there. “Everyone moved over for me, it was great. I never had to change lanes."

Saylor Guilliams was airlifted to Cottage Hospital. Two days later she learned that Vega had been found dead, most likely from falling as he went to find help.

Vega’s mother delayed her son’s funeral until Guilliams was able to attend. Eleven months and five surgeries later, Guilliams now works as an assistant to her mother’s legal business and has resumed classes at Ventura College, including a course on holistic healing, which she was inspired to enroll in by the aftermath of her injuries.

The story attracted national attention after it surfaced on Reddit, where Biava -- writing under a pseudonymous username -- answered an Ask Reddit question, “Hikers and backpackers of Reddit. What is the weirdest or creepiest thing you have found while hiking?”

Jeff Guilliams changed his life following the incident, retiring from his 14-year Navy career to spend more time with his daughter. “I used to be gone all the time, like all the time,” Guilliams recalled. He said that if it hadn't been for the three hikers, it was unlikely anyone would have found his daughter for months. "There’s no rhyme or reason to how it all turned out. It can all go in the blink of an eye. There but for the grace of God go I.”

Biava, who since found work as a treasurer with an asset management firm, remains amazed at the luck of it all. “I wasn’t even in California the morning it happened,” said Biava, who had taken a red-eye flight from Florida the night before. “We could have hiked a different trail. We could have not hiked at all. We could have not carried a cell phone." He added that he now always makes a point of carrying one when hiking.

“I’m not very religious, but my mom is. She said, ‘I knew it! The Lord had a purpose for you being unemployed that year!'”

For Gergen, the experience trumped what she had learned in her medical training. “As a doctor and a physician, I’m used to responding to critical situations," she said. "But I’ve never felt this amount of wonder at how amazing the human body is. How lucky we were to have found her.”

“Luckily for us, we had a chance to help out Saylor in that way,” said Villapiano, a wide receivers coach with Harvard football. He later discovered Guilliams semi-hidden in the background of photographs he had taken on the hike. "But her friend didn’t make it. That was pretty hard for all three of us to swallow.”

Guilliams, for her part, learned a lesson less philosophical but no less relevant. “I went hiking a few weeks ago at Arroyo Verde Park,” she said, “and I made sure to stay on the trail.”