The "Younger" actress stopped by the "Ellen DeGeneres Show" on Friday and opened up about the status of her relationship with estranged husband Mike Comrie. When DeGeneres brought up Comrie, Duff confirmed that the two were no longer together.

"We have such a great kid, and we're both so obsessed with him," Duff said of her amicable relationship with her ex. "We are good friends and we laugh a lot and we have a great communication. We share pictures when one is not with Luca. Yeah, he's great. We are great and we keep on trucking."

Comrie and Duff wed in 2010 and have one child together, a son named Luca. The two separated sometime in 2014 and Duff officially filed for divorce in 2015. Though the two aren't a couple anymore, they're often spotted together on play dates with their son.

"We're constantly seen together and everyone's like, 'What are they doing? Are they back together or are they not?'" Duff told E! News in 2014. "We're really good friends and we have so much respect for each other, and, obviously, Luca is our No. 1 priority."

But if there's one man that can get her over her breakup, it's Duff's celebrity crush, Prince Harry, which she revealed on "Ellen." Does that mean there's a Princess Hilary in our future?! 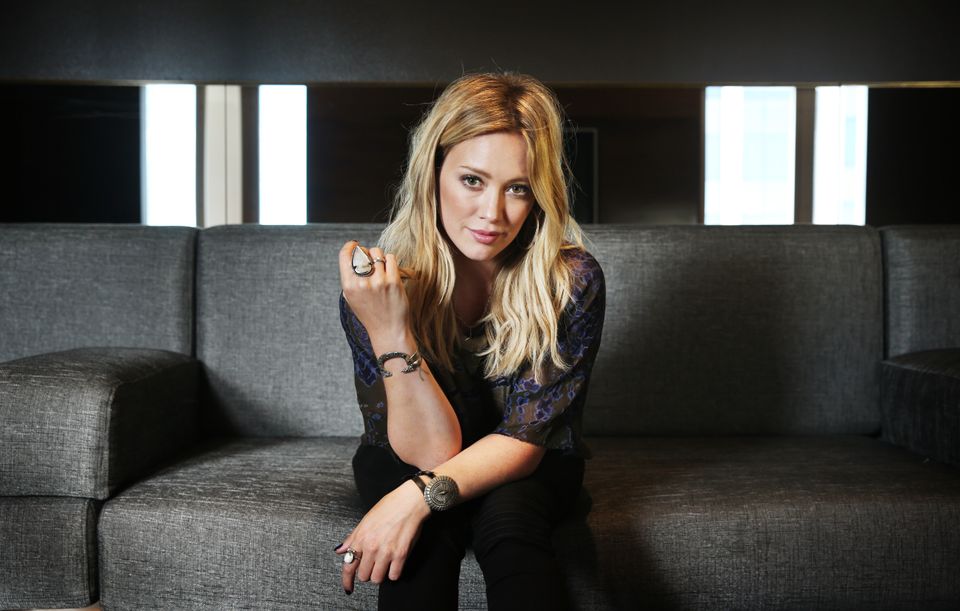 1 / 100
SYDNEY, AUSTRALIA - SEPTEMBER 9: (EUROPE AND AUSTRALASIA OUT) American singer Hilary Duff poses during a photo shoot at the Intercontinental Hotel on September 9, 2014 in Sydney, Australia. Duff is in Sydney to promote her new single 'All About You'. (Photo by Toby Zerna/Newspix/Getty Images)
Newspix via Getty Images