Have you ever watched a video of a train derailing? Where the slightest swaying quickly becomes an epic topple to end all topples? Where you can see the passengers belatedly realizing their mistake in not taking the short commuter flight? That's the best way to explain what happened when they asked the simple question - -to which I honestly answered -- "Who are you supporting in this presidential election?"

"I don't know for sure," I said, "but probably Hillary." I might have well have suggested that I was going to sacrifice their unborn grandchildren at the altar of liberal progress.

Over the course of the following half-hour, they moved progressively closer to me at the bar, first sitting, then standing over me, as they discovered the full extent of my blasphemy. You see, they were Ted Cruz supporters from Ohio. They didn't support Ohio Governor John Kasich's presidential campaign because he was "pretty much a Democrat."

Once we established my liberal, god-hating bona fides, they fired the opening salvo. "How can you support Hillary, with everything we know about Benghazi? Have you seen them movie?"

Look, I strongly dislike all Michael Bay movies. I told them I dislike Michael Bay movies. But I can't blame Michael Bay's artistic choices for my decision to avoid 13 Hours. Our first rupture was created there, when I pointed out that the Benghazi controversy around Hillary Clinton was not backed by fact, as established by multiple Republican and independent investigations.

From that point on, it was a downhill plummet through Judeo-Christian values, black welfare queens, abolishing the IRS, and Bernie Sanders' hatred of American values. I was fighting to stay afloat in a sea of made-up numbers and alarmist anecdotes about sharia law and Muslim beheadings in the U.S.

I didn't relish the conversation. In fact, I was disappointed that we had irretrievably lost the initial camaraderie that arose around a mutual interest in drinking good beer and investing in veterans causes. In the first 30 minutes, everything I said about veterans was taken at face value; they regarded me as an expert based on my bona fides. Yet, once politics intruded, I became a sleeper agent for those who are destroying America. They told me that it was surprising that I could care about veterans (my day job) while supporting Democrats. It was painful to follow their train of thought; which judged my value through the lens of FOX News and Judicial Watch. But it did help me better comprehend how starkly divided we have become over politics and culture in 2016.

On their way out the door, now regarding me like a sinner who failed to repent, they said were sad that their millennial son was inheriting this world.

President Obama may have been wrong when he said in 2004 that "there is not a liberal America and a conservative America." I don't recognize the America they describe. Like Warren Buffett, I don't see a nation in decline.

It is clear that no matter how jaded we have become about our candidates, they stand for starkly different world views. This election is shaping up -- even more than 2000 or 2008 -- to be an affair fought and decided in opposing echo chambers, with the two party's candidates tossing insults at each other from afar to activate their bases while chasing after a limited number of truly independent, undecided voters. This is not healthy. But it is our reality.

My conversation with two polite, upper-middle class Ohioans on a sailing trip was derailed due to our inability to amicably debate politics without resorting to character assassination. I never sought to "win" the argument or belittle their points. But if we can't maintain common ground at a small town restaurant, where the locals pride themselves on their hospitality, can we expect to find common ground in battleground states across America? 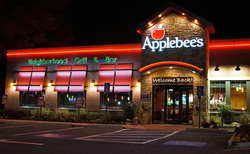