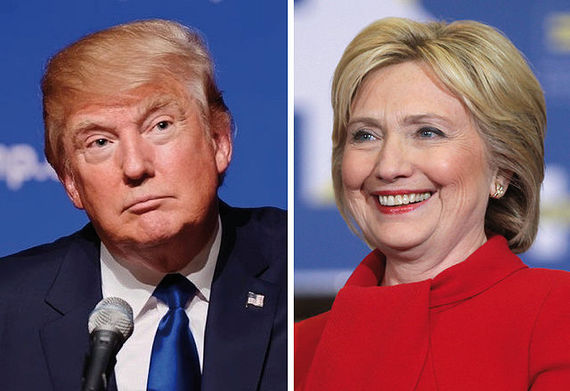 For President Obama's 55th birthday on August 4th, Vice President Biden sent President Obama a very special birthday message. "Happy 55th, Barack!" Biden tweeted, along with a picture of matching "Joe" and "Barack" friendship bracelets. In case there were any lingering doubts, the Obama-Biden bromance is for real.

In Washington, political frenemies are a dime a dozen. Of course, some politicians start as friends or friendly acquaintances before their relationship gradually devolves into frenemy territory. This was the case with Donald Trump and Hillary Clinton.

Before branding her "Crooked Hillary," Donald Trump maintained a friendly relationship with Hillary and Bill Clinton. A series of documents made public by the William J. Clinton Presidential Library back in April paints a chummy portrait between Trump and the Clintons, and Clinton Foundation records indicate that since 2009, Trump and his daughter Ivanka have donated a combined total of over $105,000 to the Foundation.

An examination of how and when Clinton and Trump crossed paths over the years is to see how New York's elite social and political circles overlapped during the late 20th century. Based on information from public records and media accounts, I've documented the various interactions and exchanges these two presidential candidates and their families have shared. Once friendly acquaintances and political allies, Clinton and Trump are now political adversaries and presidential candidates. Here is an outline of what we know about Hillary Clinton and Donald Trump's relationship.

1992 - At the University of Pennsylvania, then-Governor of Arkansas Bill Clinton delivers a speech to students at the Wharton School of Business:

..."It was here at Wharton in the 1980s that students nicknamed the investment banking club "The Unindicted," and the Wharton "Wall of Fame," which honors famous alumni chosen by the students, kept photos of Donald Trump, who glorified the art of the deal, and Michael Milken on display until Trump went bankrupt and Milken was on his way to jail..."

1993 - Tony August, a man with connections to the Atlantic City casino industry, writes to Bill Clinton. In the letter, August mentions Trump and says, "if you two don't know each other you should. You have much in common, age, broad vision for the future and most importantly, the resources and desire to make America bigger and better than it already is." 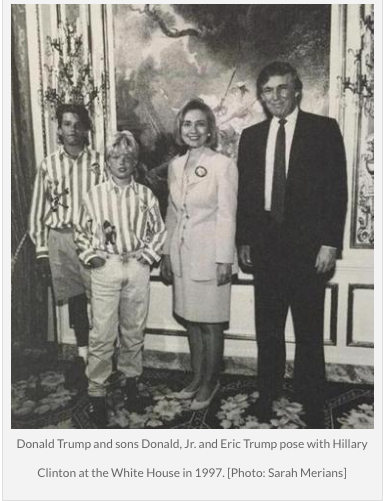 1999 - Bill Clinton appoints Maryanne Trump Barry (Trump's sister) to be a judge on the United States Court of Appeals for the Third Circuit. The appointment is to replace Judge H. Lee Sarokin, who had retired in 1996. 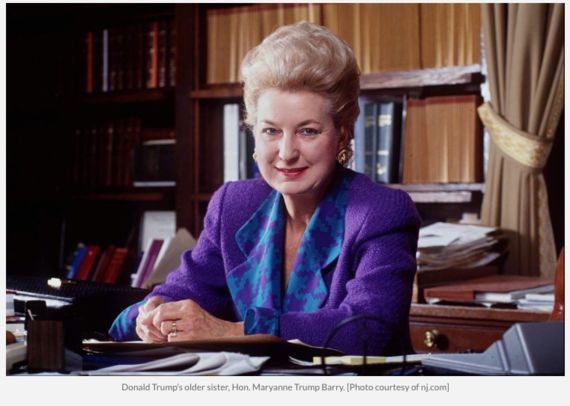 2000 - Bill and Hillary Clinton Clinton meet with Trump in New York at Trump Tower for a real estate "photo opportunity."

2005 - The Trump Organization contributes $1,000 to Friends of Hillary; Donald Trump donates $2,900 to Hillary Clinton's re-election campaign for US Senate. 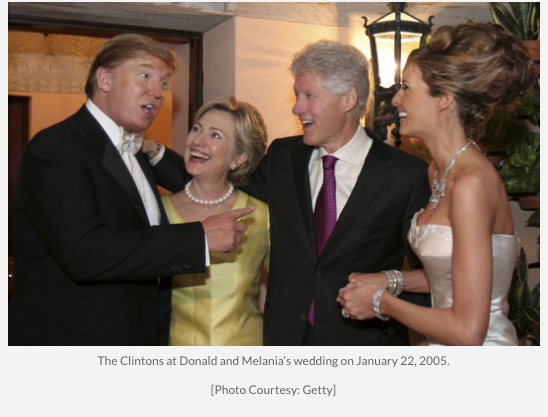 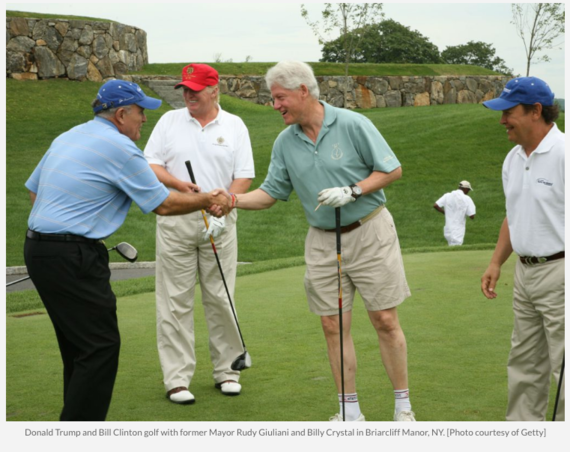 2008 - Chelsea Clinton and Jared Kushner attend the annual New York Gala for American Friends of the Israel Philharmonic Orchestra (Kushner is a co-chair of the organization).

2015 - Chelsea Clinton praises her friend Ivanka Trump in a feature interview for Vogue. 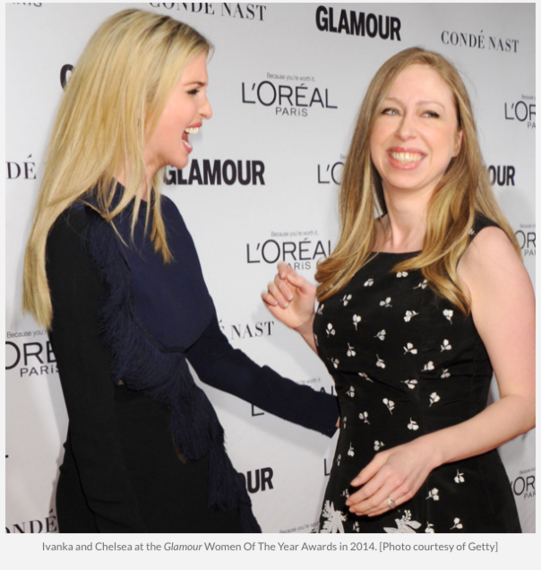