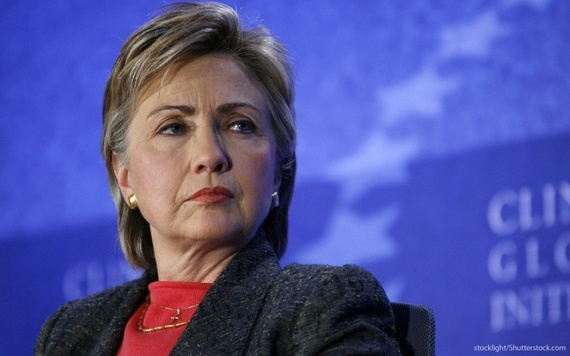 When you're a celebrity, it's difficult to keep much of your personal life under wraps, including your private financial or tax information. For some public figures like elected officials, disclosing their financial records is even a part of their jobs. Other celebrities have had their tax information revealed to the world due to bankruptcy filings or "/"/"_blank""""">battles with the IRS.

The following 12 tax return leaks are a glimpse into celebrities' finances. Find out which celebrities are paying their fair share and which got caught trying to "/"/"_blank""""">dodge taxes.

In 2013, the President and the First Lady filed their income tax return jointly reporting an adjusted gross income of $481,098, according to a White House tax return disclosure. It appears that "/"/"_blank""""">President Obama has his finances in order; the couple paid $98,169 in taxes at a rate just over 20 percent, and donated $59,251 (12.3 percent of their income) to 32 different charities. The Obamas also shared their state income tax return, which revealed that $23,328 of their tax bill went to the state of Illinois.

The famed actor starred in hit movies like "Major League," but that didn't keep him from getting three years in jail for tax woes. A 2008 tax evasion trial found that Snipes cheated the IRS out of $7 million worth of taxes, according to USA Today. The back taxes owed are around 18 percent of the $38 million unreported income Snipes earned from 1999 to 2006, during which period he failed to file any tax returns, reports Reuters. Snipes was released from jail in April 2013.

Read: "/"/"_blank""""">Wesley Snipes and 8 Other Celebrities Who Shorted the IRS

After "/"/"_blank""""">Lauryn Hill pleaded guilty to tax evasion charges in 2013, the Grammy-winning artist was sentenced to three months in a federal prison. The "Killing Me Softly" singer was charged with failing to pay around $1 million of taxes on an income of $2.3 million earned from 2005 to 2009, reports AP News.

While campaigning for the presidency in 2012, Romney opted to make his 2011 tax returns public which revealed that he and his wife Ann earned $13.69 million in income and paid $1.9 million in taxes -- at a rate of 14.1 percent, reports The Washington Post.

Romney could have paid less in taxes, as he and his wife donated $4.02 million to charitable organizations in 2011 but deducted only $2.22 million of those donations on their return. But the then-presidential hopeful configured his returns to ensure he would pay a tax rate of at least 13 percent to match a statement he had previously made on the matter.

Baseball legend Pete Rose has a checkered past with the IRS, dating back to 1990 when he pleaded guilty to failing to report earnings from horse race winnings, and selling autographs and other sports memorabilia. Rose was sentenced to five months in jail and fined $50,000, and ordered by the judge to spend three months in a halfway house and complete 1,000 hours of community service. Rose had another run-in with the IRS 13 years later, when in 2003 he failed to pay his taxes and the IRS hit him with a $154,000 lien, reports The Huffington Post.

Hillary Clinton released her and the former president's tax returns from 2000 to 2007 when she was vying for the 2008 Democratic presidential candidacy. The tax returns revealed that the couple's income over the eight-year span totaled $109 million, according to The Huffington Post. The Clinton's sources of income during that time included:

The income source that really raised eyebrows, however, was the $15 million paid to the former president Bill Clinton by billionaire Ron Burkle's Yucaipa Global Opportunities Fund between 2003 and 2007. Bill ended thay business partnership in 2009, walking away from potential earnings of $20 million, reports The Wall Street Journal.

The "Always on Time" singer Ja Rule was sentenced to 28 months in prison and ordered to pay $1.1 million in back taxes after failing to pay taxes on more than $3 million he earned from 2004 to 2006, according to The Los Angeles Times. Ja Rule claimed his failure to pay taxes was merely an oversight, as he was young and didn't have the proper guidance to know how to manage his finances. He was ultimately released early in May 2013 and allowed to serve the remainder of his sentence on house arrest, reports BBC News.

The IRS came knocking on the door of MC Hammer (real name Stanley Burrell) and his wife years after they allegedly failed to pay income taxes on their 1996 and 1997 earnings, according to DailyMail.com. The IRS said the couple owed nearly $800,000, but the "U Can't Touch This" rapper was quick to settle his debt. "I put over 5 million dollars in my account asked the IRS how much do you want? They put it in writing, I paid them and got a receipt," he tweeted in Dec. 2013, in response to reports that he still owed back taxes.

Lindsay Lohan is certainly no stranger to trouble with the law -- including the tax man. Lohan was hit with her third tax lien in as many years for failing to pay $56,717.90 in taxes owed to the state of California in 2013, according to New York Daily News. Lindsay Lohan should have stopped wasting money and learned to pay more attention to her finances by then, as she also fell short on her taxes in 2010, owing $140,203.30, and underpaid in 2009 by $93,701.57, reports TMZ.

Sinbad, otherwise known as David Adkins, filed for bankruptcy in 2013, revealing that he owed a shocking $8.3 million to the IRS for back taxes from 1998 to 2006, reports ABC News. If you thought that was bad, the documents also stated that he had not paid state or federal taxes since 2009.

Read: "/"/"_blank""""">Sinbad Is Among the Poorest Cast Members of "Celebrity Apprentice"