Hillary Clinton condemned the Republican tax bill that passed the Senate early Saturday morning during her appearance at a conference for young political activists later in the day.

“This could not be a more blatant and insulting attack on working Americans,” she reportedly told the audience at the Teen Vogue Summit in Playa Vista, California, where she was interviewed by “Black-ish” actress Yara Shahidi.

Clinton also criticized the bill for benefitting billionaires while eliminating cuts for teachers who buy school supplies for their students, according to The Hollywood Reporter.

“This could not be a more blatant and insulting attack on working Americans,” @HillaryClinton says of tax plan passed by Senate #TeenVogueSummit pic.twitter.com/LITK3P8Khe

.@HillaryClinton speaking on the #TaxReform saying, “this could not be a more blatant and insulting attack on hard working Americans” and mentioning it could not be any better for “Donald Trump and his family.” #TeenVogueSummit

“This tax bill is only going to get worse as people learn more about it,” she said over Twitter. “There are 6 GOP Senators that have to run on it & 2 open seats in 2018. We all need to get to work.”

Sometimes it’s hard to know what to do after a loss. Not this time.
This tax bill is only going to get worse as people learn more about it. There are 6 GOP Senators that have to run on it & 2 open seats in 2018. We all need to get to work.

Although President Donald Trump campaigned in part on a platform of tax cuts for the middle class, the GOP bill reserves its biggest benefits for the wealthiest Americans.

Republicans approved adding $1.5 trillion in national debt over 10 years on the belief it would be offset by economic growth. While many Americans will see some tax cuts, according to the nonpartisan Tax Policy Center, the richest 20 percent of households will reap 90 percent of the benefit of the tax cuts over those 10 years.

Senators voted 51-49 to narrowly pass the measure, with just one Republican, Bob Corker of Tennessee, joining Democrats to oppose it. The Senate legislation will likely be combined with the tax bill passed by the House last month; both chambers would need to approve the new version before it crossed Trump’s desk.

PHOTO GALLERY
Millionaire Treasury Secretary And Socialite Wife Pose With Sheets Of Money, Because Nothing Matters 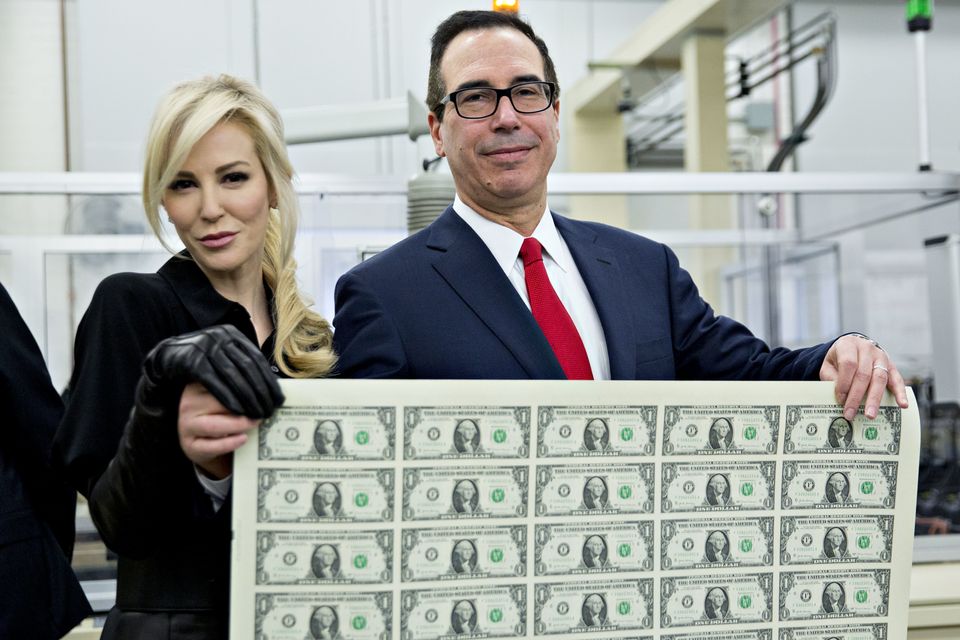