On June 11th, Hillary Clinton addressed a tightly packed room of women from around the world at Wellesley College. The 49 women who watched Clinton speak are representing 21 different countries at the inaugural Women in Public Service Institute, a two-week program designed to train the next generation of female leaders, reported Bryn Mawr Now.

Clinton, a Wellesley alumna, spoke to the women about activism, democracy-building, politics and social change, specifically focusing on the importance of women’s contributions to all of the above. The Institute’s delegates include a large contingent of female activists from North Africa and the Middle East, including Naheed Farid, who at 27 became Afghanistan’s youngest member of parliament. The institute itself is part of The Women in Public Service Project (WPSP), helmed by the State Department.

The project’s stated goal is “50 percent by 2050” -- to see that in 38 years, women make up half of the world's political and civic leadership. Clinton held up the United States as an example of a country where there is much progress to be made. Currently only 17 percent of Congress is made up by women and only 3 percent of Fortune 500 CEOs are women. “What a waste,” Clinton said to the audience. “The world cannot miss out on the talents and contributions of half the population.”

After her 22-minute opening remarks, Clinton took questions, reported Bryn Mawr Now. One woman asked about the role that WPSP aimed to play in American politics. In response, Clinton expressed that American women face a “particularly difficult set of obstacles” in the political sphere. “I hope to live long enough to see a woman elected president of the United States,” she said. “We have to keep pushing at that glass ceiling.” 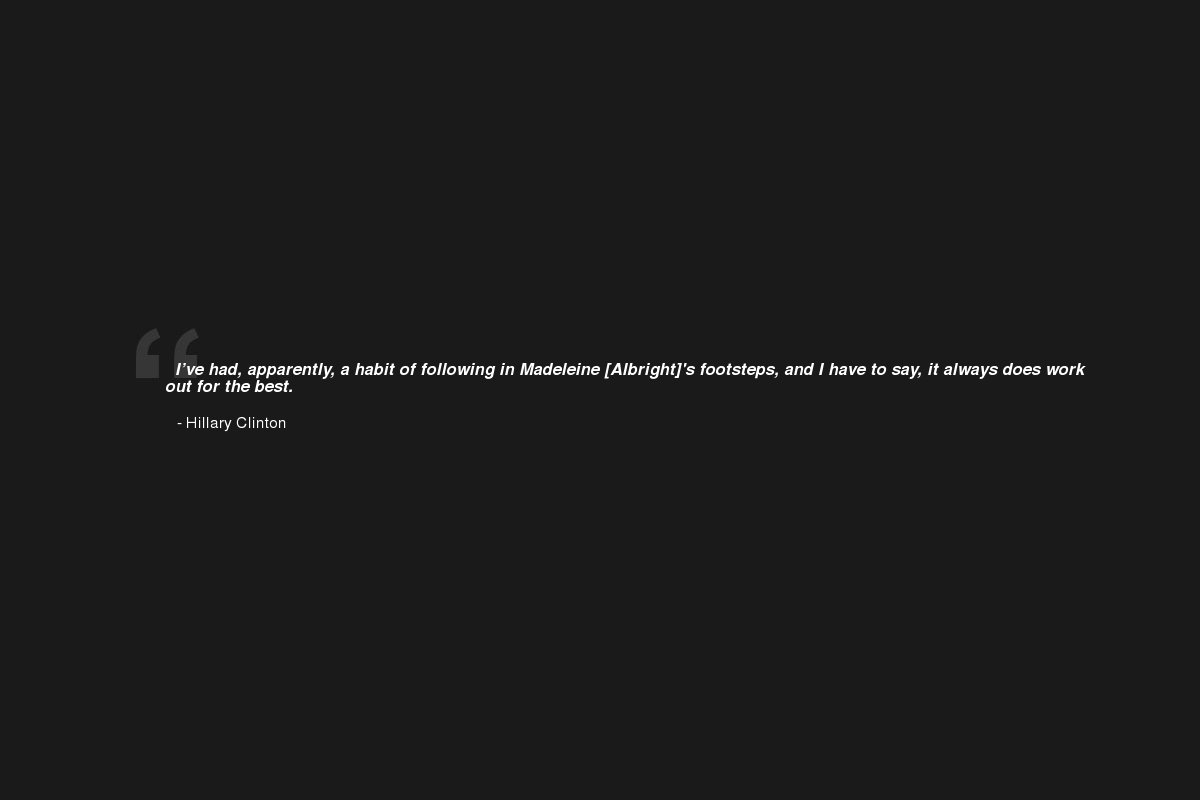