Since leaving office in 2008, one of George W. Bush's strongest hobbies has been painting. Even former First Lady and Secretary of State Hillary Clinton appears to be impressed with his work.

White House Photographer Pete Souza captured Bush showing off his paintings on his iPad to everyone on Air Force One Monday. The group was on its way to a memorial service for Nelson Mandela in South Africa.

Clinton can be seen smiling right next to Bush. National Security Adviser Susan Rice had a look of pleasant surprise, while Attorney General Eric Holder also looked to be enthralled with Bush's work. 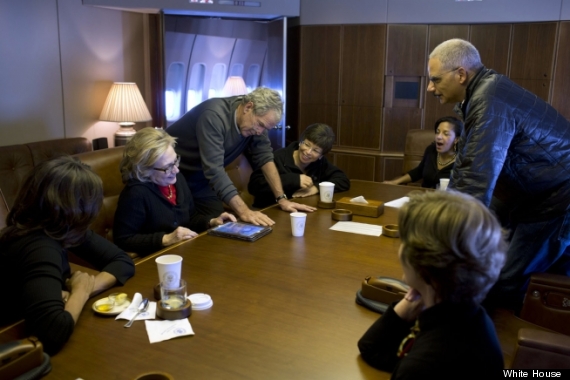 
Back in April, Bush told ABC News that painting changed his life, adding that it gives him an opportunity to "create."