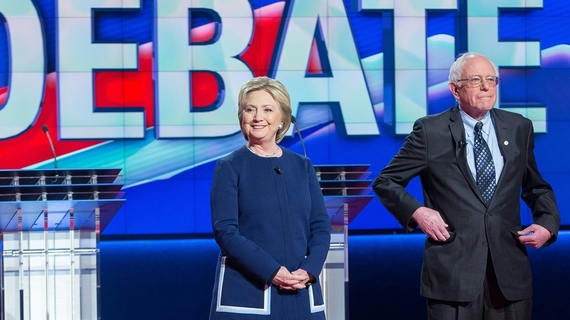 A debate about water boiled down to a debate about hydraulic fracturing. Clinton was asked if she supports fracking, a controversial process of oil and gas drilling.

The key takeaway here was that Clinton supports fracking on a conditional basis, whereas Sanders opposes it altogether.

Similarly, Sanders opposed the Keystone XL Pipeline since day one, while Clinton initially supported it and just recently came out against it.

When Sanders had his chance to answer the fracking question, he cashed in.

"My answer is a lot shorter," Sanders said. "No, I do not support fracking."

Senator Sanders went on to explain that climate change represents an existential threat to our planet and that fracking can contaminate our nation's water systems. By bringing the fracking issue back to Flint and the water crisis, Sanders delivered arguably his heaviest blow of the night.

He later contended that Clinton's super PAC is raising huge sums of money from the fossil fuel industry, and that rather than standing up to the multinational corporations that are destroying our planet, Clinton is taking money from them.