In an alternative reality, Hillary Clinton is President-elect.

She has not only won by nearly 2.9 million votes, but she's also won the Electoral College, as predicted.

Millions of Americans are jubilant...and relieved. Women feel like an anchor has been lifted from their feet. They walk through their workplaces with a bit more pep in their step. They feel validated, even vindicated in the face of the sexist reductions that tainted the too-long campaign.

What a strange election it's been...

Parents are telling their kids how amazing it is to witness history in their lifetimes, to see the first woman elected to our country.

Emboldened by the result of this election, teachers are encouraging their students to write notes to the incoming president. These notes are colored with rainbows and puppies, the White House, and Statue of Liberty. Words like "love" and "Madam President" are scribbled on them. Many of the teachers can't look at them without getting choked up. Girls are raising their hands just a little bit higher than before. And if teachers see kids bullying or being mean, they firmly repudiate it and use it as a teachable moment to share lessons of kindness and respect. Classrooms are even creating their own charters that everyone from John Lennon to the Dalia Lama would applaud. 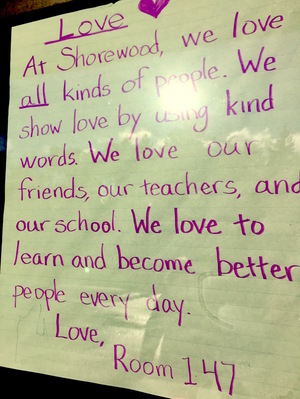 Science professionals are particularly excited with Clinton as the President-elect. They're already thinking of creative ways to share what they know about climate change and shepherd in a whole new era of innovation and respect for our planet, even more compelling than 'Before the Flood' with Leonardo diCaprio on the National Geographic Channel, which is seriously fascinating.

Across the country, and especially in multi-ethnic communities where immigrants spice up the population, millions of citizens are feeling that this great American experiment is worth it. That "from many, come one." There are celebrations in mosques, temples, and churches where people are already planning interfaith services and community solidarity. Gone is the fear of persecution by their government. Hard-working immigrants are thrilled that they can stay in the country where they've raised their kids. The sick won't get turned away by insurance companies for having a pre-existing medical condition. Parents of disabled kids can sleep a little better at night.

Millions of us are hopeful for 2017. And not just the record-setting 66 million Americans who voted for Hillary. (Seriously, look this up.)

They're hopeful that their gay and lesbian friends can live openly and without shame. They see a pride in the diversity that makes us stronger. After all, this is a country where young women can wear hijabs, boys can wear yarmulkes, and men can walk hand in hand with freedom--and the law--on their side. Millions of us greet our neighbors with a knowing smile as if to say, yeah, we're going to be OK.

Most world leaders are elated that a woman of such high intellect and respect will be the face of American leadership. Many a diplomat is relieved that a sturdy and familiar hand will be on the till of America's power, understanding what a nuclear catastrophe looks like.

The cabinet picks are shaping up, too. Not surprisingly, Hillary Clinton is picking loyal government officials who have a wide breadth of experience. She's also seeking out well-renowned thinkers and activists and some rising stars in technology, science, business, and education to help reinvigorate a beleaguered country. The incoming administration cherishes the American dream. They respect our history. They believe in climate change. They are prepared to take on an increasingly technical world and have fact-based debates on solutions. They are white, Hispanic, Black, and everything else. They're men, women, and other stripes on the gender scale. They're Jews, Muslims, Christians, Buddhists, and non-believers.

Understanding the symbolic power of such a thing, the President-elect is filling the cabinet with people who speak for America and like America. 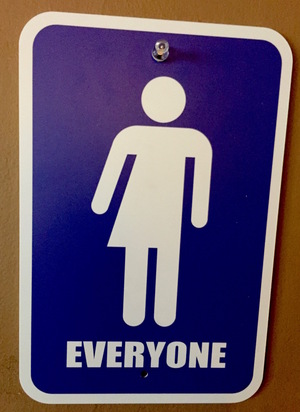 Seen in a blue state restaurant

Even Congress has a whiff of excitement about it as freshmen senators, some eager women and minorities who know and trust the President-elect, get ready to roll up their sleeves to fight the good fight for equal rights and justice for all.

And the inauguration? It's shaping up to rival the star power of Obama's, with everyone from Stevie Wonder and Bruce Springsteen to Beyoncé and Katy Perry. (Kid Rock and Chachi, not so much.)

The news narrative is one of collusion and cronyism, tweets and slights. We're hearing of an election that's been tilted by a foreign power, by fake news, and voter suppression and gerrymandering on a monumental scale. The white male power structure has grabbed Lady Liberty indeed. The cabinet is being stacked with people who have little respect for the department they're being hired to lead. Lots of good old boys feel emboldened to never take down their confederate flags and continue to burn effigies in their front yards. Sexual predators have permission to say unspeakable things and do even worse to women they detest. That GOP mantra "Speak softly and carry a big stick"? Replaced with the inspiring "Grab them by the pussy." The haters believe the conspiracy theories about sex crimes at a DC pizza restaurant. Racists continue to yell, "Build that wall" loudly and proudly. Even if that very thing will never, ever happen.

The incoming tweeter-in-chief isn't much for the bully pulpit as much as he is for bullying in 140 characters or less. Seems he doesn't like SNL. Or Vanity Fair. Or the choices of his own party. Or government of the people, by the people, and for the people. But V. Putin? He's smart. SAD!

It's all we feared, but worse. And it's hard to be engaged without being enraged.

So here's the good news: citizens are speaking up. Many Americans are playing close attention to the things being said and most importantly to things being done. All the things we wanted our president to stand for, we are standing up to do. We may not be united in this country, but we are wide awake.

Where there's an increase in swastikas and racial slurs painted in public view, there's a spike in donations to the organizations who vow to protect civil liberties. There are Facebook groups named after iconic outfits offering support to those being targeted by hate. That Women's March on Washington will likely exceed expectations. Bigly. Others are marching for love, signing petitions, and putting their Congressional reps on speed dial.

Parents and teachers are getting their kids to write notes of kindness and commit to being accepting of others' differences. Those of us who heed the lessons of history are not taking lightly the talk of Neo-Nazis and internment camps. Clear-eyed and conscientious citizens are vowing to stay alert, stand up to bigotry, and fight tyranny. Even if in private. For those more vocal, you can even download a PDF for the next four (!) years.

Mayors and governors are proclaiming highly populated areas as sanctuary cities and thumbing their noses at federal funding for race-baiting practices that defy our Constitution. And Congressional leaders like Chuck Schumer and Bernie Sanders are fired up--I say fired up!--to take on Trumpism. If you want fighting spirit on your team, these Brooklyn-born men will do the job.

My neighbor, an 85-year-old man who gave his life to make American planes for Boeing, refuses to take down his campaign sign that says "Hillary Clinton for President," not because he's delusional, but because he's too smart to kiss the ring of a man who is, as he says, "so rude."

Satire is at its finest, with Samantha Bee and Stephen Colbert using their razor wit and righteousness to surface hypocrisy and conflicts of interest. In other words, America's not sitting back for the reality sh*tshow that's now on 24/7. (Remember, about 3 million more of us voted to watch another channel.)

Even Hillary Clinton, who's receded from the national stage (but will surely return), got on the final call with her millions of volunteers with a forward-focused message. She sounded like a mom, or even better a grandmom, with powerful words of wisdom and support: "I hope you will get up and get out there and keep fighting. I never thought this campaign was about one person or even one election. It was about coming together to build that better, stronger, fairer, country that I talked about throughout the campaign that all of you represented. The causes that brought each of you to be such active volunteers are as important as ever. So whether you care about making our economy work for everyone or fighting for comprehensive immigration reform, or criminal justice reform, or protecting women's rights or protecting LGBT rights, or protecting our planet, or fighting to get commonsense gun safety measures, and I could go on...I hope you will find the people or organization who's working on something close to your heart and join them. And if you don't find such a group, then who better than you to start one. Because you really do, in my very strong opinion, represent the best of America."

It was hard not to be verklempt after hearing her say this, juxtaposed with the swamp-filling, healthcare-gutting, ethics-evading ramp up we are now witnessing. But if the alternative reality we had pined for is not in the offing, it's up to us to create it, right? It's not going to be easy (nor was the Clinton presidency), but the resistance, my friends, is strong. And it's growing mighty fast. 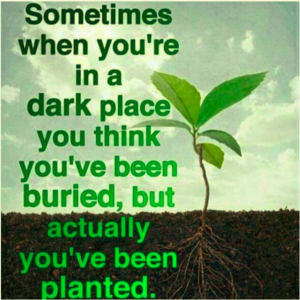 Maybe we really are stronger together? We'll find out by doing more than tweeting.

Rebecca Kraus is a content strategist and creative consultant. After working in entertainment journalism and games design in Los Angeles, she moved to Seattle seeking new adventures. For a whole host of businesses, she writes branded copy, provides digital strategies, and helps develop products. She also blogs about parenting, politics, food, and frivolity. Find her online.