BFFs? We can dream. But Meryl Streep and Hillary Clinton looked pretty chummy on Saturday night.

The Oscar-winning actress and the Secretary of State met up at the Kennedy Center Honors gala, held at the State Department.

According to the AP, Streep used her iPhone to snap a photo of the two powerful women.

Earlier this year, Streep compared herself to the former First Lady.

"I find a lot of similarities," Streep said when introducing Clinton at the Women in the World Summit. "We're roughly the same age, we both have two brothers -- mine are annoying -- we both grew up in middle-class homes with spirited, big-hearted mothers who encouraged us to do something valuable and interesting with our lives. We both went from public high schools to distinguished women's colleges ... We both went on to graduate school at Yale." 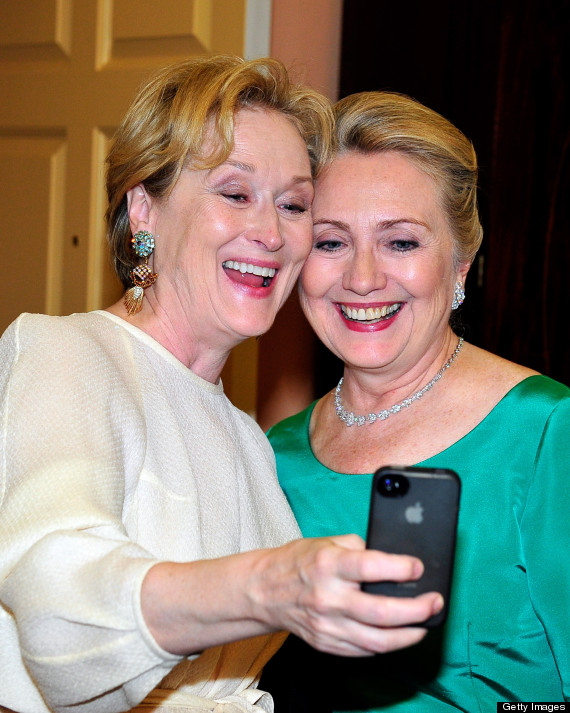 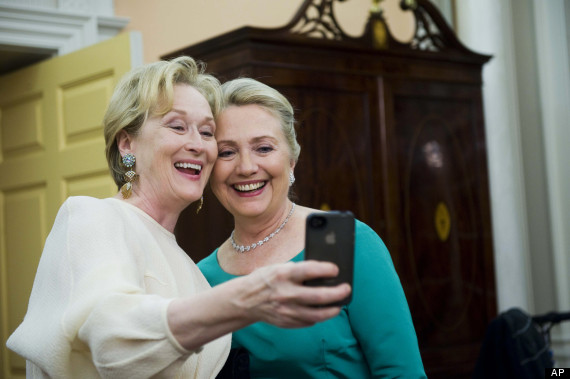