Former Secretary of State Hillary Clinton was again named the most admired woman in the world in an annual Gallup poll released Monday.

Clinton has taken the title 17 of the last 18 years. In 2001, then-first lady Laura Bush took the title.

President Barack Obama took the title of most admired man again this year, topping the list for the seventh consecutive year. 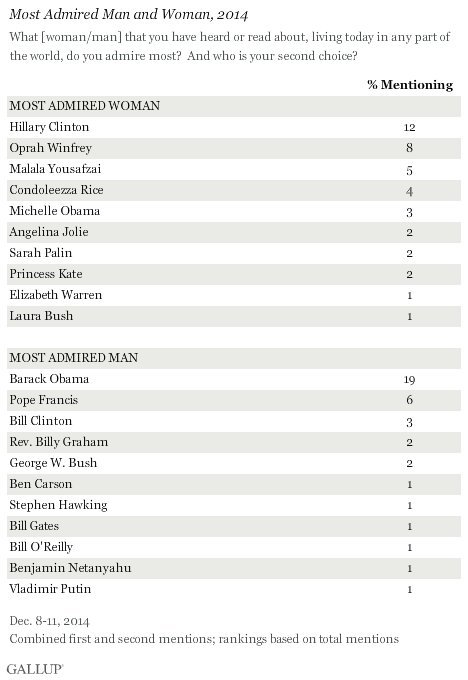 The poll consists of an open-ended question, and the results heavily depend on name recognition.

Others who are featured on the list include Oprah Winfrey, activist Malala Yousafzai, Pope Francis and former President George W. Bush.