Senator Hillary Clinton is not necessarily known for her fashion prowess beyond the pantsuit, so it's no small feat for a high-end designer to get Mrs. Clinton interested in fashion... yet's Hillary's pal Oscar de la Renta has done exactly that.

To celebrate the Dominican designer's impact on her wardobe -- and the wardrobes of plenty more American first ladies and fashion icons -- Hillary and her daughter Chelsea will be hosting a reception for de la Renta in Little Rock, Ark. on Monday to honor him as the "ultimate statesman of American fashion."

"Oscar de la Renta: American Icon" features 30 of de la Renta's iconic designs, including Hillary's dress from President Clinton's second inauguration, as well as one of Laura Bush's inauguration gowns and red carpet looks worn by Jessica Chastain and Sarah Jessica Parker. The exhibit will be on view at the Clinton Library until December.

The collection's debut party will surely see plenty of celebration, as Anna Wintour will be attending the private reception as well. No word yet if Michelle Obama will be in attendance, though we wouldn't wager on it, as de la Renta's relationship with our sitting first lady is a little rocky.

Hillary has paid public tribute to Oscar before, most recently in a speech at the 2013 CFDA Awards. And the designer has sung the politician's praises, too; "I love Hillary," de la Renta told Barbara Walters back in 2009. 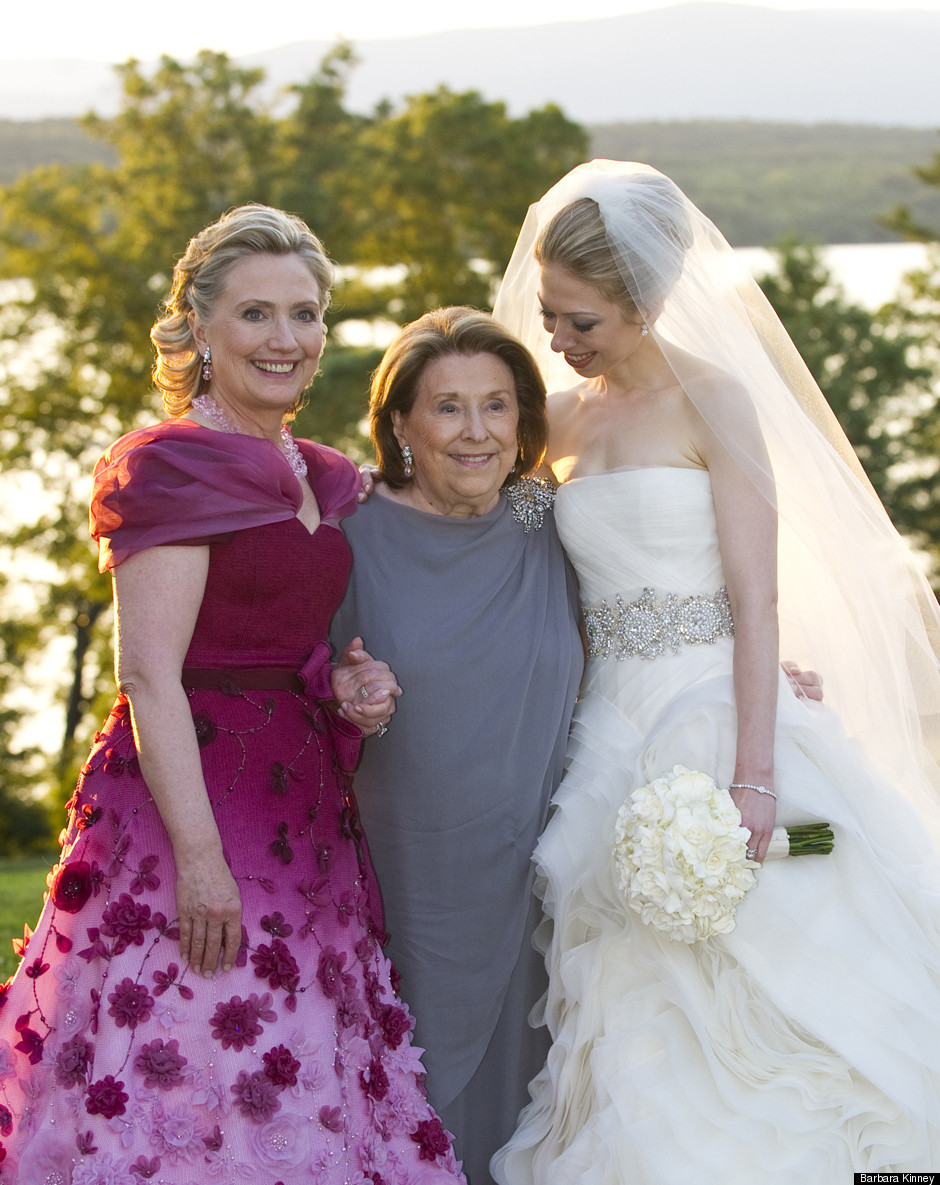 Hillary owes a lot to Oscar: