Hillary Clinton--whose crush on British Foreign Minister David Miliband is well-documented--shared a nice, hearty laugh with Pakistani Foreign Minister Makhdoom Shah Mehmood Qureshi during a press briefing following their bilateral meeting at the Department of State in Washington, DC, on March 24, 2010. Also of note: Hillary's bouffant hairdo has flattened out a bit. 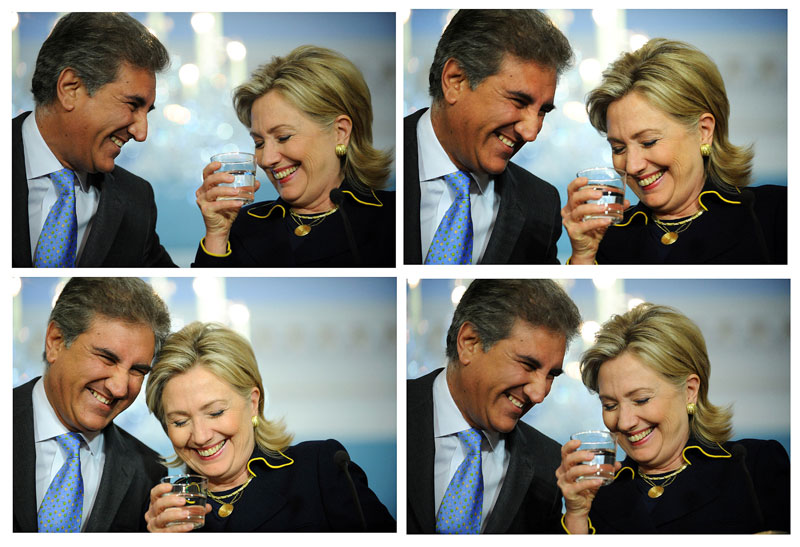