Hillary Clinton has done it again. The most meme-ready political woman has managed again to get herself photographed being amazing -- this time in Cambodia.

Clinton was in Phnom Penh, Cambodia on July 12th for the 2nd East Asia Summit Foreign Ministers' Meeting at the Association of Southeast Asian Nations. We imagine that she was getting ready to deliver a very important speech, but took a minute to let loose, laugh and just hang with the guys. 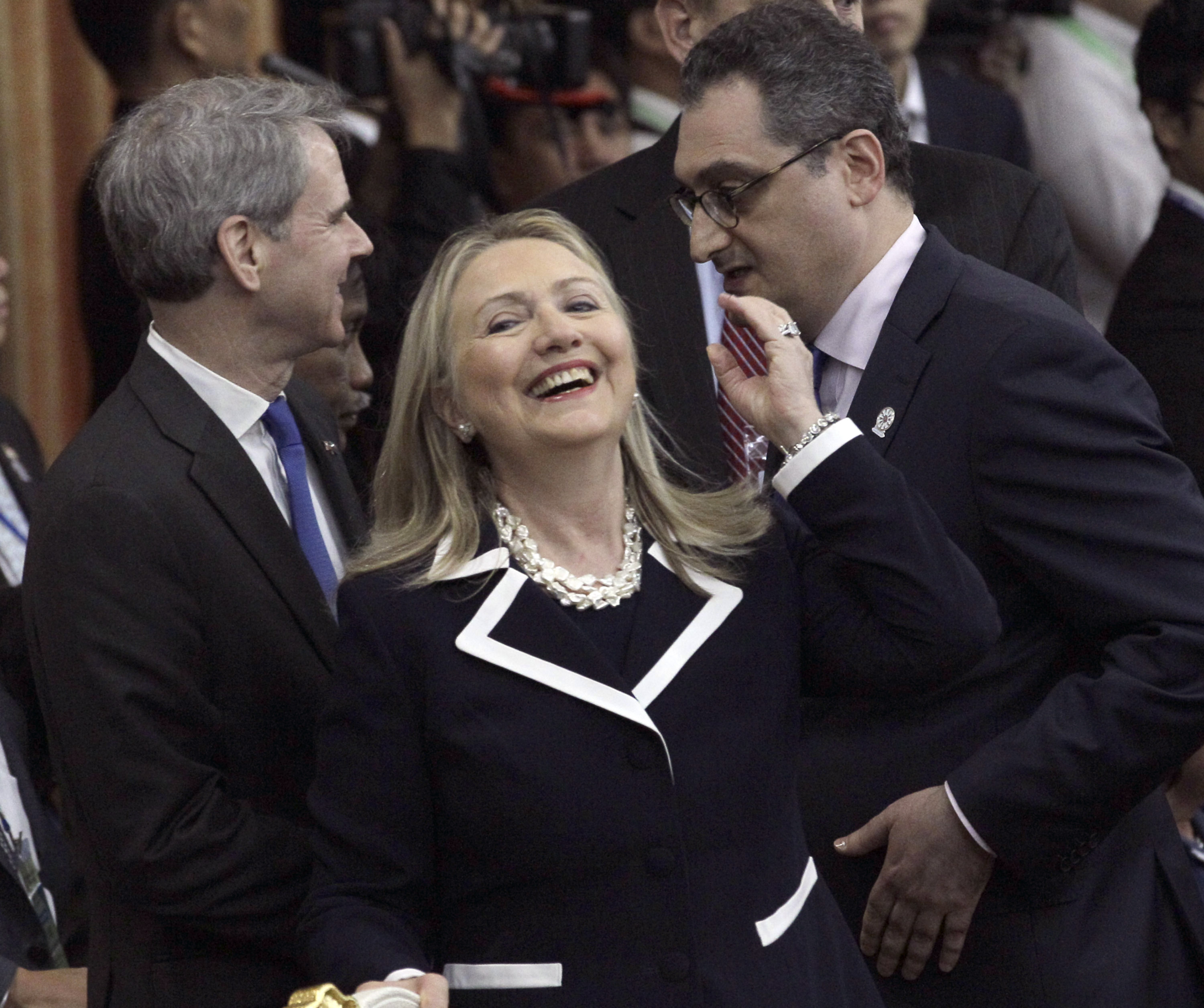 The only thing missing from this photo is a caption. That's where you come in. Tweet your caption suggestions @HuffPostWomen using the hashtag #HillzSays, and we'll feature the standouts here on the site.