Despite what you read in the headlines, Hillary Clinton still has a commanding lead over Bernie Sanders nationwide, and beats Republicans in head-to-head match-ups nationwide. It's only in New Hampshire where she's polling poorly. But here's how Hillary could lose the election, or even the nomination, if she doesn't watch out.

"Bernie Sanders surges ahead of Hillary Clinton in stunning new 2016 poll," trumpets the headline from Brett LoGiurato with Business Insider. But you have to read past the heading to realize that it's only a New Hampshire poll where Senator Sanders is beating her. It's also a state where's she's not faring as well against Republicans, though she does best Donald Trump by ten percentage points in New Hampshire. Across the country, it's a different story.

At the bottom of LoGiurato's story, he admits that former Secretary of State Clinton is beating Sanders by 35 points on average across the country, and sports a 25 point lead over Sanders in Iowa. 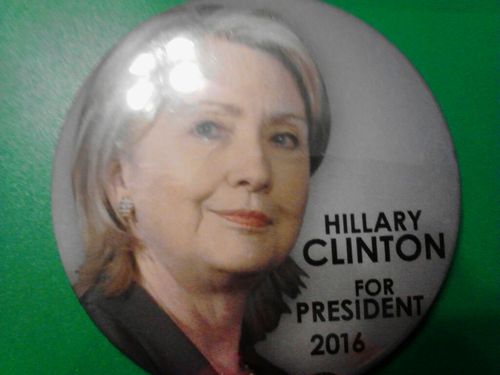 Think Vice-President Joe Biden's presence would present a problem for Hillary? Actually, his presence gives Clinton a whopping 52%-16%-12% over Sanders and Biden respectively in a Monmouth poll, numbers confirmed by a CBS poll, one from Fox News, and an NBC/Wall Street Journal survey, all taken earlier this month.

Against Republicans, Hillary Clinton is in good shape too. In a McClatchy/Marist poll, she tops the Republican leaders by six points to holding double-digit leads over potential GOP rivals.

So could Clinton still stumble? If so, it wouldn't be in New Hampshire, where she could merely concede the state somewhat, much as her husband did in 1992, where he brushed off his loss to Massachusetts Senator Paul Tsongas. He touted his second place finish and noted he lost to a regional candidate, something Clinton could claim of Senator Sanders who is from Vermont. Of course she won the state in 2008, so she may make a run at the state. But a loss there wouldn't be as fatal as the shocker LBJ experienced to Minnesota Senator Eugene McCarthy, when the latter's strong showing was problematic.

If Hillary Clinton is to be derailed, it would be in Iowa.

Back in 2008, nearly everyone was picking Clinton to be the Democratic nominee. Obama was just a vice-presidential option, someone who could be groomed for 2016. But the Obama activists realized that a caucus is very different from a primary. It isn't about having a good aerial attack from TV advertising, but having a good ground game, with strong turnout from activists, especially those who knew the rules and how to build coalitions with also-ran candidates like Edwards and Richardson.

Obama stunned Clinton in Iowa this way. He also went on to win other caucus states, which were poor in delegates but rich in publicity, giving his campaign momentum. Building donor bases slowly gave him an advantage over Hillary, who tapped out her donors early and had to recruit new ones, while Obama could ask his donors, with room to give, to bet on him, an easier prospect as he took more states.

Clinton has to learn from history, or suffer the same fate to another little known senator in a Democratic nomination battle.