Secretary of State Hillary Clinton sat down with Harper's Bazaar's March issue to talk Wikileaks, being the country's most admired woman, her thoughts on "Dancing with the Stars" and -- one of our favorite topics -- her personal style.

On wearing her now-infamous hair clip to the U.N.:

"It was a Sunday," she says, "a day of rest! I had actually lost track of time, to be honest, and I'd gone swimming, and then I realized I had to get moving, and I didn't have time to do anything else, so I really just did the best I could." She starts to laugh. "I didn't think it looked that bad, but ... what do I know?"

"I do love a good handbag," she agrees. Can accessories be the great uniter of women? "I think they could be either a great divider or uniter," she replies. "I'm on the uniter side. I think no one should make fun of anyone else's handbag choices." She warms to the topic. "I think we should be united in our support of one another. Because this is like a deep psychological need. It's a desire to kind of organize and contain that which is important to you in your daily life. I have a philosophical view about this, and I have this Ferragamo hot-pink bag that I adore. My view was that I would carry it around only in spring, but it makes me so happy, I'm even now lugging it around in January. I mean, how can you be unhappy if you pick up a big pink bag?"

On Chelsea having children:

"Well, no pressure, because I don't want to be one of those kinds of mothers. But obviously, someday, I'd love it." What kind of grandmother would she be? "Probably an unbearable one, the kind who is saying, 'Oh, my gosh, I'll take the child, I'll do whatever you need to get done.'" 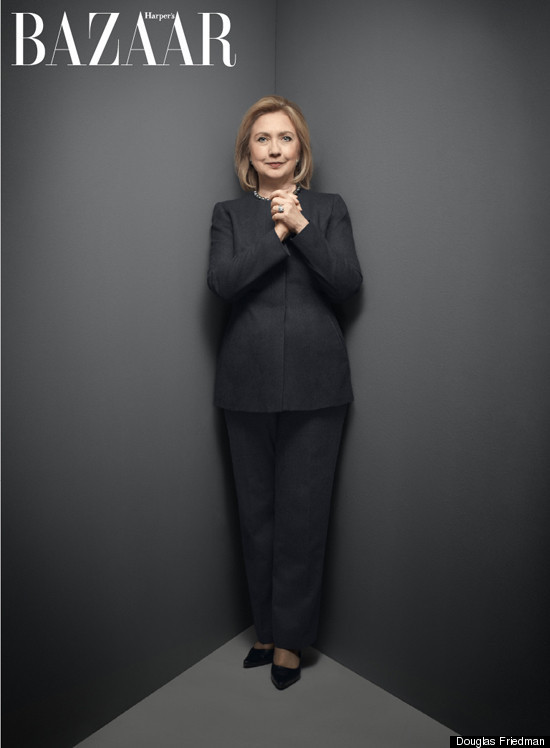 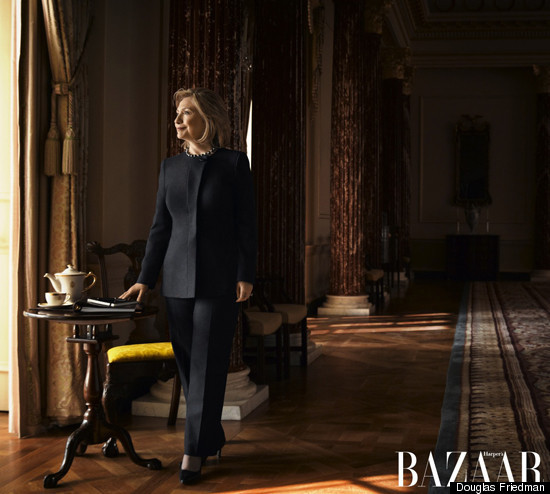 For the full story and more photos, head over to Harper's Bazaar.