Presumptive Democratic presidential nominee Hillary Clinton said on Friday that white people must do more to understand the experiences that African-Americans have had with police officers.

Speaking with CNN’s Wolf Blitzer, Clinton made the remarks in response to questions about why she believes she’s more qualified than presumptive GOP nominee Donald Trump to close the racial divide in America.

“I will call for white people, like myself, to put ourselves in the shoes of those African-American families, who fear every time their children go somewhere, who have to have the talk about ... how to really protect themselves, when they are the ones who should be expecting protection from encounters with the police,” Clinton said.

“I’m going to be talking to white people. I think we are the ones who have to start listening to the legitimate cries that are coming from our African-American fellow citizens, and we have so much more to be done, and we have got to get about the business of doing it,” said Clinton. “We can’t be engaging in hateful rhetoric or incitement of violence. We need to bring people together.”

The interview came a day after a suspected sniper killed five police officers in Dallas. Micah Xavier Johnson, the suspect, allegedly told authorities that he wanted to kill white people, especially cops, following the deaths of Alton Sterling and Philando Castile, black men who were killed by police this week in Louisiana and Minnesota.

“Too many African-Americans have been killed in encounters with police,” Clinton said.

Clinton supports the Department of Justice’s investigation into Castile’s death. But she stopped short of agreeing with Minnesota Gov. Mark Dayton, who said that Castile ― who was pulled over for a broken tail light ― would still be alive if he were white.

She also urged Americans to show more “respect” to police officers, and said that as president, she’d try to better protect them.

Hillary Clinton: "Too many African-Americans have been killed in encounters with police" https://t.co/UYpqI3w42L https://t.co/ydn5j0zrxX

These Are The People Killed And Injured In The Dallas Attack

Woman Who Filmed Dallas Shooting Was ‘Terrified’ And ‘Confused’ 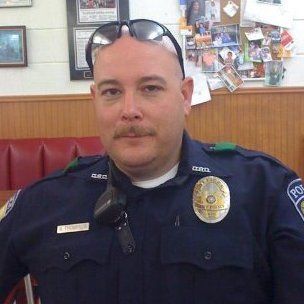