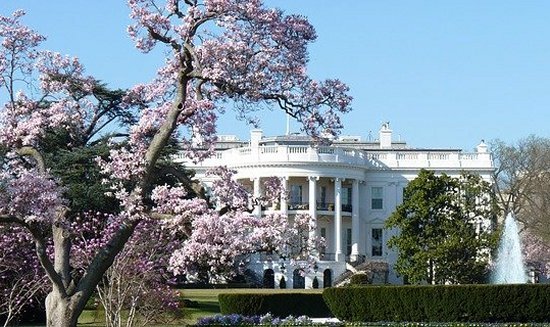 Entering college in 1961, my sister was told that women weren't allowed in the engineering program. Today's young women still face inequitable challenges, but because of people like my sister, and Hillary Clinton, and so many others who stood tall and moved forward, new doors open every day.

I was nine years old when I visited my sister on campus. It was exciting, until I saw her smoking. I was devastated. A nine-year age difference between siblings can create unrealistic expectations. I thought my big sister was perfect. To see her transgress shattered my youthful ideals. But she simply confessed that good people are human, and humans make mistakes. Bad people, she explained, make bad choices with the deliberate intent of hurting others by word or by deed. It was my first encounter with that important distinction.

With engineering off the table, my sister moved forward and earned a master's degree in psychiatric social work. Soon she pioneered a community outreach program that helped people live in ways that they had never thought to try. But the yearning to work with her hands remained strong, until one day, she literally picked up a hammer and shattered a glass ceiling. My sister became the first woman journeyman carpenter in the Illinois Land of Lincoln.

Years later, she honorably withdrew from the carpenters' union to study the ground-breaking, structural integration work of Ida P. Rolf. She gave full measure to the training, learning to combine her skillful hands with her life skills, and ultimately she became one of the world's earliest Rolfers.

Breast cancer took my sister in 2008, but not before she devoted her last months on this earth to volunteering for Barack Obama. She really loved his spirit. But that year, in spite of my lifelong Republican roots, I wanted Hillary to win the Democratic nomination. My sister and I agreed that we wanted both Hillary and Barack to lead the country. The question was: In what order would that happen? I only wish my sister could have witnessed Barack's presidency and Hillary's historic nomination.

Breaking glass ceilings is no picnic. I remember those certain male coworkers who treated my sister with disrespect and downright villainy. But day after day she dealt with it. She had glorious grit. Her accomplishments taught me that doing well in life is all about tenacity, hope, hard work, resilience, and especially, kindness. She never met a stranger she wouldn't help. I recognize those important qualities in Hillary Clinton.

I've examined Hillary's alleged transgressions as deeply as anyone, and mistakes exist. After all, you can't put yourself out there for so many years without some regrets. But the legends of her mistakes are much bigger than any actual misdeeds, and there is no nefarious intent to be found.

Some call Hillary a liar or untrustworthy, accusing her of parsing words to create lies that suit her, but that is exactly what happens when others talk about her. Words out of context are suspect no matter who says them. Yet I believe that Hillary states what she understands to be true when she says it, relating new facts on a matter as they come to light.

None of the multiple, bipartisan, years-long investigations have found Hillary personally culpable for the horrific attack in Benghazi, yet there are those for whom no amount of authentic discovery will change their minds.

I don't believe she used a personal email server to intentionally or knowingly subvert national security, or because she believed that the rules didn't apply to her. For years, public servants from both parties used alternate communication systems, and when high-ranking officials of the George W. Bush administration wiped out more than 20 million emails that should have been preserved, barely a ripple of dismay occurred.

In spite of the indignation of some, Hillary stayed the course during a time of daunting and public marital strife, not caving to the skeptics who accused her of staying with her husband for political reasons. Lots of married couples face similar trials, work through them, and move forward. Real connection is pretty strong. But in the public sphere, Hillary was damned if she did and damned if she didn't.

And who wouldn't accept whatever amount was offered for a speech? The speaking circuit is rife with political leaders. Further, there were hundreds in attendance at Hillary's speeches. If anything untoward was said, someone would have leaked and exploited those words by now. A compensated speech does not make the speaker beholden.

Every telling of a purported transgression by Hillary gets bigger, like a tall fish tale, but she faces each onslaught with strength. She owns her mistakes, and learns from them, in spite of what her adversaries claim.

I trust Hillary because she is smart, determined, and qualified to be president. I trust her because no one has ever been able to show me how any of her alleged transgressions came from a place of evil intent or even actionable negligence. Humans are not perfect. Mistakes happen. It's learning from one's mistakes that matters.

I trust her because she's a patron of study. She knows her stuff. I admire her because she devoted herself to fixing broken lives and broken systems, long before entering the political arena. I am grateful to her for championing causes that help the less fortunate and for her stellar record regarding animal welfare. I respect her for her unflappable embrace of inclusion.

She may not be a raise-the-roof political speaker, but when she simply speaks from the heart, her words can move mountains. More importantly, she is a solid leader and an indefatigable worker. Those are the qualities that that should drive us all.

Hillary and my sister would have strongly disagreed on some issues, just as Hillary and I do. But it's the big picture that counts.

I've shared a bit of my sister's history because she is my point of reference for my belief in Hillary. It was my own glass-ceiling-breaking, good-hearted, smart, big sister who taught me how to peel back a veneer to find the truth, and I have done that now, to the best of my ability and to my own peace of mind.

Even though my sister is no longer hammering a nail or improving another's life, she continues to inspire me every day. And she, more than anyone, would understand why I place my trust in Hillary Clinton, wholeheartedly.