While many members of the LGBT community are anxious to see Hillary Clinton make history in November as the first female president, Tom D'Angora is taking action. As the official LGBT Outreach Grassroots Coordinator, D'Angora balances a career of producing Broadway shows like "Naked Boys Singing" and "The Marvelous Wonderettes" with doing everything he can to make sure Madame Secretary herself has a victorious night in November. He sat down with us to chat about Secretary Clinton's feelings towards the LGBT community, how she has supported this community throughout her career, and what a White House under Secretary Clinton could look like for the LGBT community. 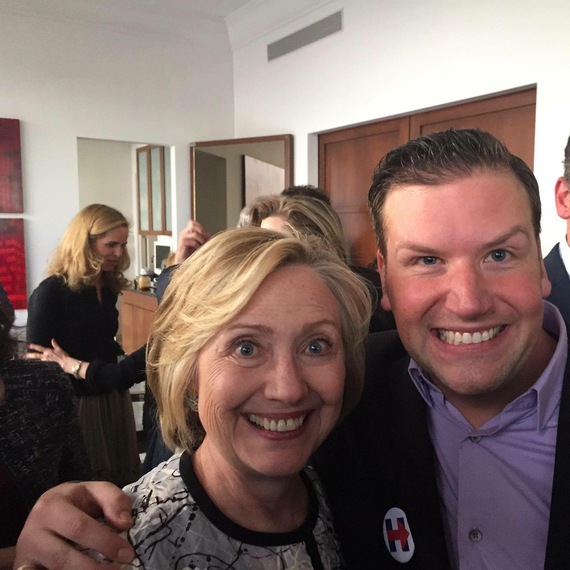 What are some of the things about Secretary Clinton that make her so passionate towards the LGBT community and really want to see further positive change for the community as a whole?
I think she is a fighter for people in general. Hillary has always been a champion for all Americans and I think she truly believes that all Americans are created equal and that every single American, to quote her, "has the right to live up to his or her own God-given potential". Honestly, I think it's that simple. I don't think she sees us as any different than any other American, and she sees us as one nation. I think that's an amazing quality to have as President of the United States. She is an amazing champion for us.

People as well as their views are constantly evolving. Why do you think that some people continue to have an issue that at one time, Secretary Clinton and President Obama's views were not at the point that they are now on a variety of issues?
I think it's easy, because the fight for equality was such a huge battle, it's tough for people to see before that and to remember the battles that came before that. You can look back as far as the 90's and Hillary was on the front lines fighting for the LGBT community. Passing legislation, she had such a giant part of LGBT couples being able to adopt, so much on HIV/AIDS research, working with the state department on making passports gender neutral, which is a huge accomplishment. Right away when she was in the State Department, making sure that same sex couples had the same benefits as other couples in the state department. She always supported civil unions with 100% equal rights also; it's something she saw as achievable a decade before marriage. She was also the first sitting First Lady to march in a Pride Parade fifteen years ago.

It can be frustrating because I think people's memories are very short. Also, she did not come late, she came when everyone else did. Additionally, she was the Secretary of State, so for four years, she was not allowed to weigh in on partisan politics. However, she did make that speech where she said "gay rights are human rights and human rights are gay rights". During that time, the rest of the family came out as well in support of marriage equality. immediately upon leaving the State Department, she came out in favor of it. I think her timeline was incredible.

In the 2008 campaign, she was hands down the friendliest candidate to the LGBT community and I think it's her entire life that she has been an actual advocate. We need to look at the actual record and not just where she may have evolved. I personally always saw her views as very pragmatic, as to what was actually going to take care of us. It may not have been a romantic idea, but I thought of her ideas as very pragmatic and very progressive for the time. She was talking about this at the turn of the century. She used to speak about civil unions fifteen years ago, and as they stood in Vermont at that time for example, there were I think eleven hundred rights that still were not made available to the LGBT community with those civil unions. She always made sure to say that she supported a national civil union with 100% equal rights and benefits. While that may not have been as forward as some people would have wanted, it would have been life changing. Imagine if that had happened ten years before marriage had passed? Imagine all of the people who would have been by the bedside of the person that they shared their life with, or those that spent their entire lives spending their money on a home and their partners second cousin or something came in and was legally able to take it away? To me, it was always about being denied the rights that other people had. The good news is, we are past that and it's romantic and wonderful now. 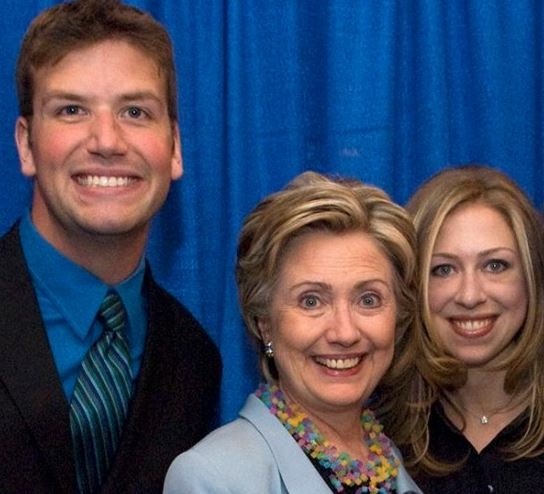 Other than a very fashion forward Madame President, what will a President Clinton White House look like?
Well, I think President Obama has been an incredible ally for us. I think you will see President Clinton keep moving in the right direction. I think we still have a way to go on things, but I think she is fully committed to full equality for all. I am hoping to see a lot more on transgender rights, I think that is a battle we have a lot of fight left on, and think she has been incredible on that front. Last month at the Democratic National Convention, we had a record breaking twenty eight transgender delegates. I think just moving in the right direction is what we need to do, we cannot go backwards. I think the progress is now moving at a rapid pace and I find it really inspiring. That's what keeps me working every single day and I have no doubt in my mind that Hillary will continue on the right path.

What is something we don't know about Hillary Clinton that we don't know about her?
She remembers everybody. It's mind boggling. She remembers the tiniest of details. You could have a limp for example, and spend 5 minutes with her in September of 2014 and see her again in June of 2016, and she would say "how's that limp, did you go to the doctor? Did you get it checked out? What did they say"? She is an incredibly caring person and it's just so genuine. She really pays attention to detail and pays attention to people.

Something that speaks so hugely of her is that if you spend two minutes with her, she knows you for life. When she speaks to you in person, she looks right in your eyes and she listens to you. I think it's very apparent to anyone that has spent any time with her will tell you the exact same thing. She genuinely cares. Hillary, every time she starts something, she starts it with a "Listening Tour". She's going to run for Senate? She is going to go across New York and wants to hear what the problems are so she can start putting plans in motion to solve them. She did the same thing when she decided to run for President last year. She got in her "Scooby Van" and went all over the country and wanted to know what every day Americans were facing. She truly listens; that's what really motivates her.

There are some people that, despite what they have seen in the media, will still be casting a ballot for Donald Trump. How do you resign yourself to the fact that some people still feel he is a viable candidate?
I will never understand it. I am not going to judge anyone, or begin to say maybe it's this or maybe it's that. I cannot understand someone walking into a voting booth and giving someone who is fundamentally against everything that you are, any kind of power to rule over you. It makes me sad. All I can say is, there has to be a lot going on there. I don't understand people saying "it's not about social issues, it's about my wallet" either. I mean, John McCain's economic advisor just came out and said that Hillary Clinton's economic plan will add 10.5 million jobs, while Donald Trump's plan will lose 3.5 million jobs. If you actually do that math, we are talking about the difference of almost 14 million jobs. 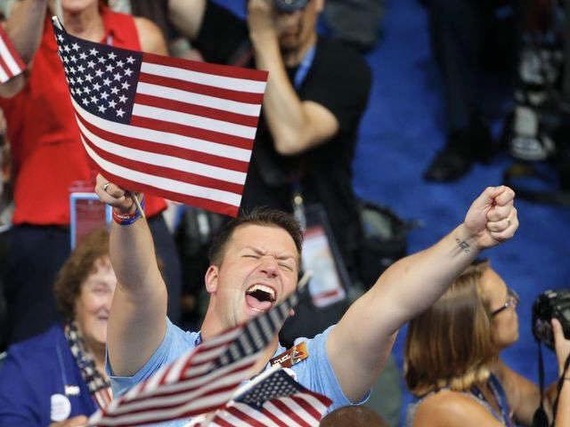 Apart from stumping for Hillary, you are also a producer of some fantastic Off-Broadway shows! "Naked Boys Singing" is a personal favorite of mine.
Thank you! Right now, we just opened "The Marvelous Wonderettes", which featured "American Idol" finalist Diana DeGarmo. She is such a friend of the LGBT community and when she married Ace Young, who was on a different season of "Idol" her "gusband" stood in between them when they got married. Hillary sent me a fabulous letter for opening night congratulating me, sending love to my husband and asking how I found the time to work so much for her campaign and do what I do. It was a beautiful letter.

What's the climate like working on the Clinton campaign right now?
We are working very hard and not taking anything for granted. I have been working with these people for a very long time. We have great interns, we have volunteers all over the country and the staff is incredible. Everyone really believes in this and is working their heart out and not taking one vote for granted. We are all working so hard and it's going to be a beautiful night in November.

Lastly, how can people get involved?
There is always a way to get involved to. An hour a week, if you have more that's great, if not that's fine too. There is so much to do in the tri-state area. grassroots@hillaryclinton.com is where people can reach me directly.