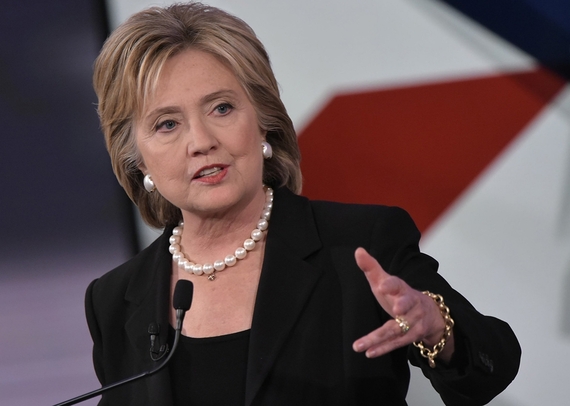 Hillary is running out the clock this election. She is leading slightly in the polls, and conventional wisdom was that if she avoided making any more mistakes, she would coast to an easy victory. Right?

Although this might have been a winning strategy a few months ago, Trump's recent gains in the polls are beginning to pose a real threat. Time might be running out for Hillary.

Clinton needs to be an agent of change, like Obama was in 2008. Unfortunately, she now represents the "establishment" which fills many Americans with dread -- and for good reason.

Clinton doesn't seem to appreciate how much people are disgusted with the politicians in Washington and the political process in general -- how much they want change. She may be making a fatal mistake.

For too long, the American people have known that their politicians are morally -- if not legally -- corrupt. Giving money for access and favors is endemic and widely practiced. The current Supreme Court just this year approved of this travesty when they overturned the conviction of former Virginia Governor Robert F. McDonnell over gifts he received and favors he provided while in office.

Only rarely have we watched powerful politicians get caught up. Sheldon Silver, the powerful Speaker of the New York State Assembly, operated in the same corrupt way for 40 years, and everybody knew it.

It took decades to bring him to justice.

Trump himself described this corruption perfectly as: "pay to play culture." He knows firsthand. Not so long ago he gave Florida Attorney General Pam Bondi $25,000 and she "coincidentally" dropped her fraud investigation of Trump University.

Trump has been playing the political game for decades.

In Washington this systemic corruption has led to stalemate. Above all, politicians want to be re-elected, but to be re-elected, they need money, and to get the money, they must pay strict homage to the concerns of wealthy donors and official party leaders and their positions.

They know all too well that voting for what you think is best for the country will not get you re-elected.

Now the stakes are higher than ever. Washington is so divided that no legislation can pass. The current climate of corruption has led to a gridlock: a pervasive stagnation that threatens to destroy our democracy.

President Obama summed up the sentiment in a recent speech to the UN: "It's no surprise that some argue the future favors the strongman."

Trump promises to be that strongman, a Hercules -- the hero who will clean out the Augean stables.

The American people have been yearning for a hero, and however vulgar Trump is, and however many lies he tells, many Americans think that he is strong, a businessman, and not a status quo politician. They do not appear to be worried about what might come next: destruction of American democracy as we know it.

Politics will not be the same if Trump wins. Unfortunately, the rise of Trumpism is a worldwide phenomenon.

In Russia earlier this year, Putin won the popular election by 80%. This shows that the Russian people are sick of democracy. They want Putin to deal with their worsening problems. It's a dangerous situation, but it's not just happening in Russia. People all over the world are getting sick of paralytic and ineffective democracies.

In South America and in other developing nations, this kind of disillusionment with so-called democracy occurs regularly in a yin-and-yang cycle. It is a political dialectic. People get disgusted and feel powerless over important issues, which drives them to extremes.

The established politicians seem mainly concerned with defending the status quo, getting re-elected, and raising enough money from the economic elites to do so.

So a military leader, a caudillo, arises who promises to throw the crooked politicians out and put an end to the corruption and stagnation. This strongman promises to take care of the middle class, families and average citizens. The people embrace their new hero with enthusiasm. They welcome a fresh leader who promises to restore the powers and privileges they once had, that were slipping away.

Once upon a time, Hillary was that hero. From the beginning of her career, she championed women's rights, reproductive health and family rights. She was courageous in fighting for universal healthcare. She was a strident example when, in 1975, she said that she was not going to be another Tammy Wynette, sitting around baking cookies. She did not mean to offend the country singer, but it was clear early on that Hillary was embracing a bold kind of feminism.

In 1969, in her commencement speech at Wellesley College, she eloquently gave voice to the youthful idealism of her generation in that tumultuous era. She argued that sympathy for progress is not enough, and that incremental change is not enough!

"The challenge now is to practice politics as the art of making what appears to be impossible possible," she said. This speech, by a 22-year-old co-ed, landed her a 6-page spread in Life magazine. 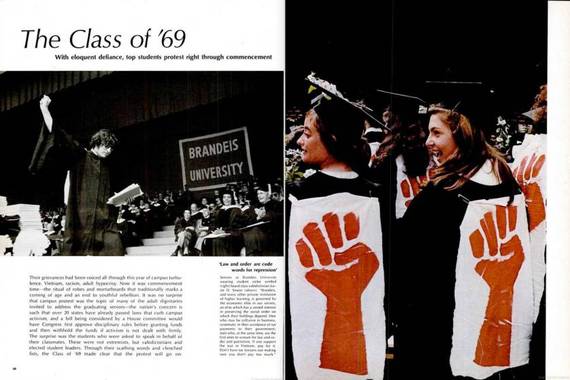 As she rose in her career, she had to make tough choices. She proved to have a sharp sense for business, and she was unwilling to sit idly on the sidelines.

At Yale Law, Hillary was one of 27 women in her graduation class of 235, and she was the first female partner at her law firm in Arkansas. In 1988 and 1990, the National Law Journal included her in their list of 100 most influential lawyers. In 2000, she was the first woman elected to the Senate from New York.

She raised a daughter in the public eye and rode out the Lewinsky scandal with dignity and fortitude. She has withstood countless insults and crude jabs about her appearance -- because who has time for looking pretty for the press when they are also the most well-traveled Secretary of State in U.S. history?

Hillary's journey has been a long and challenging one. Now is the time for her to show the country why she did it. Hillary must now become the hero again.

She is relying on Trump to make horrendous gaffes in the debates and in his speeches. But he is wily and apparently voters have forgiven his mistakes because they feel that he is an agent of change -- and change, even risky change, is what they want.

American elections, because of low turnout figures, often are decided by small percentages. Candidates can motivate their supporters to actually vote if they represent a change to the status quo. Most Americans know that what we have now is not working, but middle-of-the-road voters are less likely to actually show up than voters who want change. So it is interesting to note that while Hillary leads in many polls of registered voters, she often trails among likely voters. This should be a scary sign.

Hillary needs to "win" the election -- it would be a mistake for her to rely simply on "not losing it." She must give voters a reason to vote for her, and not just because voters find Trump so odious.

She must pick up the themes of a growing inequality that Bernie so eloquently articulated. She must lead a crusade to root out the corruption, which has crippled the political process and undermines our democratic foundations. She must promise to re-train and re-educate our neglected middle class, so that they can deal with and adjust to the disruptive elements of globalization.

Most of all she must show how Trump is a false prophet for the forgotten people.