There was a lot to appreciate in Hillary Clinton's acceptance speech. There was also reason to believe that it was mostly what the marketing folks call "branding." Even so, in important ways it was a welcome development, as was the nomination of a woman to head the ticket of one of the dominant parties. 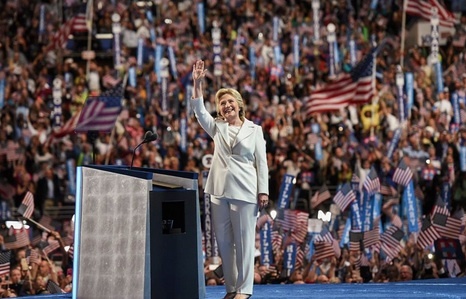 Liberal activists have always sought to push more centrist Democrats to the left. Absent a strong and ongoing movement from below, this changes the rhetoric of the centrists for a time, but not their policies. Even changing their rhetoric, however, can matter. Bernie Sanders sensed something about the consciousness of the post-Occupy electorate; millions of us responded; and thus Hillary Clinton decided to follow Robert Reich's year-old advice to start sounding more like a populist. So now we have a major-party candidate for president whose messaging, if it continues the themes of Thursday night's speech, will include

This is a big deal. Our contorted democracy excludes from significant public office all but representatives of the two major parties, and the corporate media mostly quote only those parties' politicians. So what they say matters. Democratic politicians' moves away from liberalism, beginning with the first Clinton presidency in 1993, paved the way for the Republican Party to move farther and farther to the right. Contrariwise, if Hillary finds a need to keep expressing liberal and progressive values, including on issues that have lacked mainstream legitimacy, she will continue a more recent shift in the overall political discourse in a way that will put the right on the defensive, embolden the left, give honest journalists a little more freedom, and help educate the populace at large. Moreover, such developments create more space for the real left to point out, for example, that if policing in poor and minority communities is to be reformed, it will take much more proactive measures than expressions of sympathy for victims.

It matters that Hillary Clinton is a woman. A strong, smart, and capable woman. It's easy for those of us whose views were far better represented by Bernie, who feared too many feminists would overlook her substantial defects, and who were unfairly called sexist, to grow weary of the all the references to her nomination being historic. But it is historic. Girls need models whose roles in the world show that they are not the weaker sex, and boys need to see that as well; men stuck in the more primitive sexist stereotypes and ways of treating women need increased exposure to those who shatter the archetype of women as beings who are to be pushed around, manipulated, and used; and even the ascendancy of a woman who carries the ethos and energy of patriarchy can help with the breaking down of the remaining barriers to full political and social participation of women who don't.

Speaking of avoiding wishful thinking in a dating relationship, someone once said, "When a person shows you who they really are, believe them." Hillary Clinton has been showing us who she really is for over 30 years.

As I've written previously, she has not disavowed her and her husband's critical roles in the Democratic Leadership Council, which which strategized moving the Party to the right in the 1980s so that it could get more corporate money. She has not distanced herself from the first Clinton Administration's strong support for a racist mass incarceration policy; push for devastating welfare "reform"; continuing the Reagan-inaugurated deregulation movement; 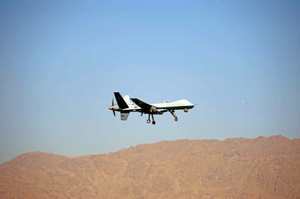 or paving the way for the Gulf and Iraq Wars by demonizing the Iraqi government, singing the false WMD refrain, conducting overflights and bombings, and imposing murderous sanctions. Nor does she repudiate the Obama Administration's Wall Street bailouts, fining the big financial firms for crimes while leaving the executives who perpetrated them alone, conducting unending wars, making a growth industry of drone manufacturing while killing nine "collaterals" for every person targeted for assassination, treating the Paris Accords' too-little-too-late voluntary climate-change goals as a victory, going after whistleblowers but not torturers, defending the newly-legislated authority of the military to imprison indefinitely any of us it claims supports terrorists, overseeing an unprecedented number of deportations, and initiating a dangerous new trillion-dollar nuclear-weapons program.

She still speaks of standing up to terrorism as if she didn't help create it in its current form, as a strong Administration backer of actions that tore Libya apart, supported the worst elements in Israeli politics, and flooded the Middle East with arms that ended up in terrorist hands. She was proud of her diplomatic role in ensuring the success of the 2009 Honduran coup, which installed a government that allows death squads to assist elements of global capital. (Her only retreat was to delete references to the episode from the new edition of her memoir after renowned activist Berta Caceras was killed.) And even now she affirmatively touts terrorist-producing air wars and support for uncontrollable militias as the answer to an ISIS that was largely created by such actions. A military budget a thousand times greater than that needed for actual national defense remains unquestioned. 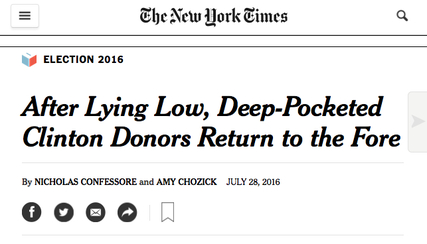 Meanwhile, The New York Times is reporting that those who have always expected their largesse to earn them access to policy-makers were coming back out of the closet in Philadelphia, where the Party establishment was already giving them such access at the convention.

The Ugly (but Also Good) Truth

Having women in high office, just as having people of color there, serves an important disillusioning function.

Huge swaths of society now react to Barack Obama as president, rather than Barack Obama as an African-American man. He does not fit gross negative stereotypes of Blacks. He also came nowhere near fulfilling hopes that he would do more for people of color than other presidents. It took actually having a Black president to show that a corporate-funded politician of any race is still a corporate-funded politician. There are a few things he has been able and willing to say about race that a white person could not put forward in the same way, but tens of millions of us — including a lot of Black people whose lives have not improved — now disbelieve the change we were supposed to believe in.

If Hillary Clinton is elected, and if we fail to create a steadily-growing movement from below that goes beyond the decades-old liberal project of trying to promote better politicians within the two-party system, she will reveal a similar ugly truth. We will learn that regardless of her sex, and no matter how much she talks about leaving our children a better world or how sympathetically she listens to mothers of people of color killed without cause, our political and economic system will basically remain as cruel, destructive, and unsustainable as it is today. We will at least see that neither sex nor ethnicity matters much, as long as officeholders are sold to us in marketing campaigns — including televised conventions with wonderful speeches — underwritten by the plutocrats.