In a recent survey of 1,500 college-educated young people ages 18 to 26, young men indicated that they intend to vote almost exclusively for the candidate who makes the best case for job creation and educational opportunities. While on opposite sides of the political spectrum, Bernie Sanders and Donald Trump have shared this crucial campaign pillar. With sinking favorability ratings among men, can Hillary Clinton effectively tap into this agenda and convince young men that she can lead an economic revolution that will create new and better jobs? 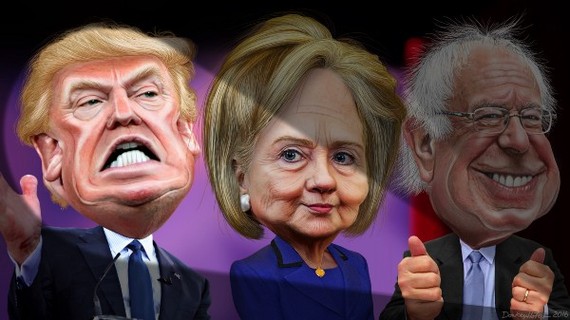 To capture these male voters, Clinton must do more than issue the standard political rhetoric. Many male voters simply don't trust her to act on their behalf. The more Clinton tries to compete mano-a-mano on the political stage with Trump and Sanders, the more she tends to reinforce the negative responses of many voters, and the less likely she will be able to capture those voters in the general election. It's time for her to call Trump's presidential bluff, stop playing into his hand, and completely reinvent how the political game is played.

So here are ten nontraditional strategies focused on job creation and educational loan relief that Clinton can employ to win the presidency.

1. Reframe the campaign by shifting the Clinton strategy from talk to action. Demonstrate the potential of her future presidency through the immediate implementation of authentic, relevant, and meaningful job creation initiatives, career training programs, and educational loan relief funding.

2. Fund local job training fairs scheduled throughout the country with a particular focus on swing states. Shift a portion of funding intended for advertising, which has proven to be remarkably ineffective, to underwrite this initiative. These job fairs can be quickly planned and implemented to preempt competitive political responses.

4. Introduce America's Corporate Job Challenge and urge local companies to create new jobs with a focus on equal hiring of men and women. This message can be complemented by an acknowledgement that women are capturing two-thirds of new jobs being created in America today and become a tacit call to action in support of young men.

5. Encourage the involvement of local and statewide Democratic candidates and suggest that they focus their campaign message on and spend time at these job fairs, speaking with Americans, conducting job interviews, and sitting in on training sessions.

6. Introduce and underwrite job training seminars and programs at Clinton campaign offices throughout the country, where young people will have the opportunity to meet with job placement advisors (voluntary and paid) and interact with active Clinton supporters and local candidates, while gaining valuable career counseling and job training. Focus programs on training men for the traditionally female-dominated HEAL careers (healthcare, education, administrative, and literacy) -- some of the fastest growing industries in America. Introduce radio advertising that promotes positive perceptions of these industries as careers for men with the tagline, "I'm Hillary Clinton, and I support job creation, better pay, and funded college education."

7. Schedule events targeting young male supporters, where Clinton can focus her comments specifically on jobs and how her presidency will positively impact men and foster healthy families and relationships. Clinton has spoken to hundreds, if not thousands, of women's groups and organizations. While continuing her traditional campaign rallies and events, the Clinton campaign should actively demonstrate to the press that she, too, has an active following of men.

Hillary Clinton has a unique and extraordinary opportunity to demonstrate her leadership by reframing political campaigns and campaign funding forever. Clinton can coalesce voters around a new, positive political framework built on acknowledging, respecting, and acting on concrete solutions to the economic and educational challenges that young men are facing today.