This week offered a trifecta of plays in the game of presidential campaigning. Three personalities, each larger than life, made their candidacies and causes officially known. Each ran predictable Screens, Recasts and Filters to position themselves and de-position rivals, all framing plays. But what drove their gameplans were three overarching strategies from The Standard Table of Influence: 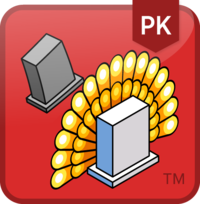 Hillary's Peacock, a provoking play. def. To parade about. The unsolicited promotion of a novelty or innovation.

Up first, was Hillary Clinton, who seemed to storm New York City's Roosevelt Island (the novelty) in a well-promoted and carefully scripted coming-out rally. That Clinton settled, finally, and without apology on a symbol of her candidacy - F.R.D. - seemed big enough to convey her command of things. And that Clinton's event was staged on an island seemed fitting to her proclivity for control. 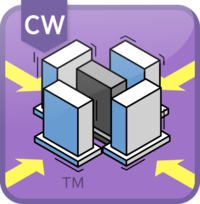 Jeb's Crowd, a pressing play. def. To copy and catch up. The adoption or mimicry of another player's position or idea.

Republican Jeb Bush needed to re-boot. And in most respects he did. From a college in Cuban-heavy South Florida, he held court, offering an intimate though sometimes unpolished narration of his conservative positions and pedigree. Predictably, Bush's ramblings were the ideological bookend to Hillary's. But his timing, he probably figured, was perfect - close enough to research and re-spin Hillary's rhetoric. Thus, his principle play of influence was the Crowd. Oh, but for the best laid plans... 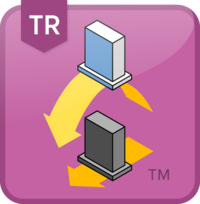 Donald's Trump, a preempting play. def. To steal the thunder. Action or communication that usurps another player's position or platform.

Only a few news cycles later, out popped what to Republican's could be the Democrat's Bernie Sanders - the plutocrat of plutocrats, Donald Trump. Ignoring what any debater would insist is foot-shooting blather - I beat China every day...I love China - Trump claimed he's beholden to no one - I'm rich! - and that pedestrian candidates of all political stripes had and have failed America. It'd be easy to say that the billionaire was also employing the Peacock and Crowd, but what was arguably his operative strategy of influence was - tada! - the Trump. Named, actually, for the game-changing ploy of bridge players, it ironically serves to describe The Donald's strategy of stealing the Clinton and Bush shows. Though Trump is a marginal and many-times rebuffed presidential candidate, he succeeded by many measures.