The late American artist Greer Lankton was known for her radical, lifelike dolls; figurines that mimed the bizarre and mundane aspects of the human body with each twist and bend. She was an icon in New York -- art stars like Teri Toye, Diana Vreeland and Candy Darling served as her personal muses, while Lankton took center stage in the frames of David Wojnarowicz and Peter Hujar. Nan Goldin, her contemporary and friend, deemed Lankton a pioneer for blurring "the lines between folk art and fine art." Her window displays alone, presented in husband Paul Monroe's shop Einsteins, attracted a cult of Lankton worshippers.

Now, nearly two decades after her death from an overdose, writer and theater critic Hilton Als recounts his memories of the great East Village hero below. 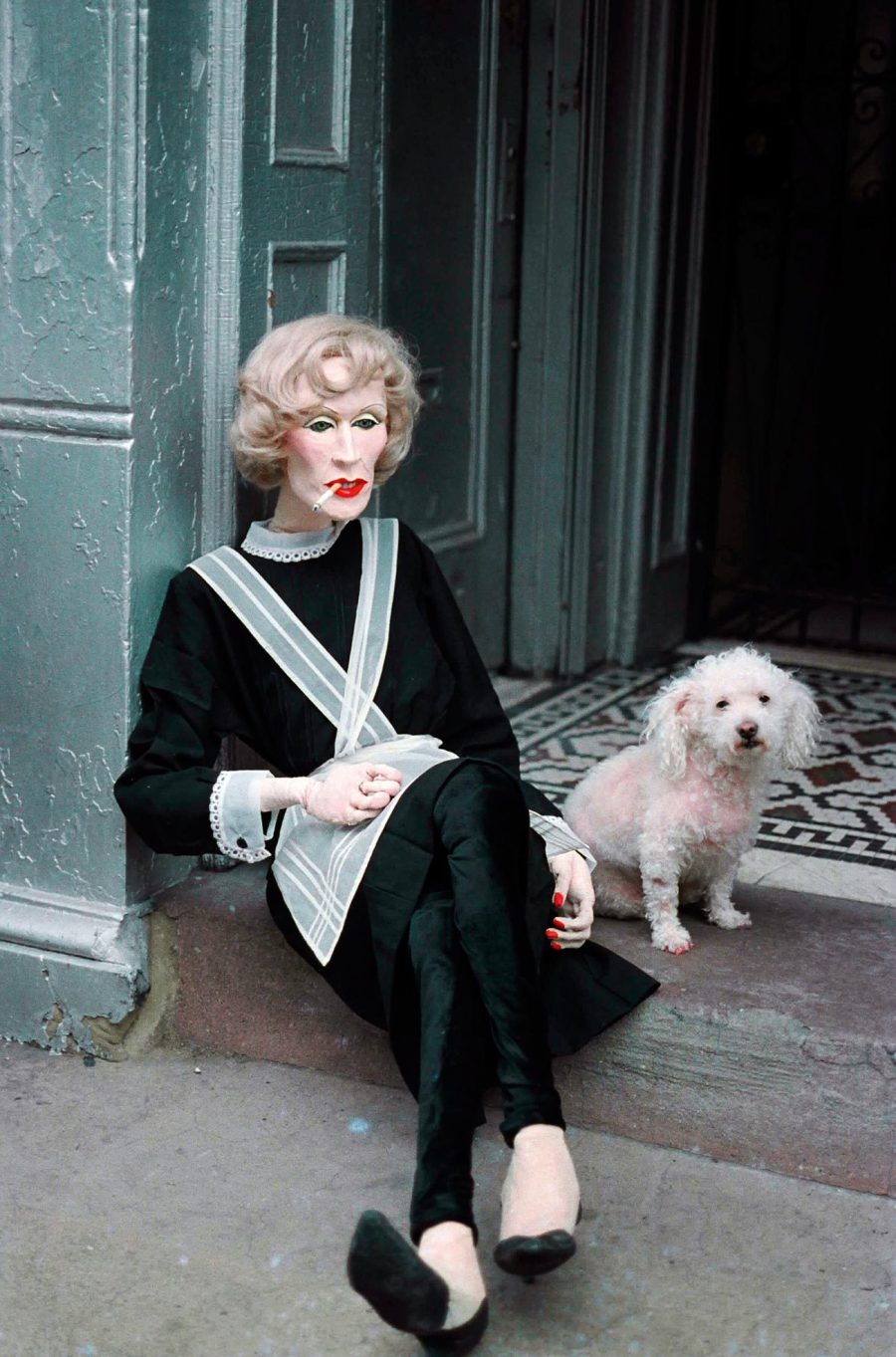 Sissy and Cherry in front of Einsteins, NYC, 1988 (Photo by Paul Monroe)

I’m trying to remember the specifics of Greer, the way her legs and arms moved in her summer dresses. Because that’s the season I associate her with, and I associate her, too, with something diaphanous, but I wonder if that impression is based on Nan Goldin’s famous photographs of her, and the one I’m thinking of specifically was taken against a brick wall where Greer sort of sits and sort of leans, smoking, looking, at first, like another down on her luck artist, but something more, too, like a ruined movie star having a movie star moment in the photograph that was happening just now, first to Goldin and then to us. But no artist is down on her luck when she has her art. It’s what Greer fed on, even when she ate no other food at all. Her dolls were starved for our attention. They had thin arms but lips or eyes that competed with the klieg lights one saw inside their living minds. What was the name of that place where Greer displayed her dolls? It was at—what would you call Einstein’s in the East Village? A boutique? I remember it was on First or Second Avenue, and I remember the windows filled with Greer, her dolls attenuated limps stretching this way and that, and those incredible faces, the manifestation of some dream of femaleness, usually, that reflected Greer’s own ideas about her own femaleness, a hard journey that didn’t make her any happier but gave her herself, a maker of females in her own emotional image. Sometimes, looking at Greer’s dolls in that window at Einstein’s, I had to turn away, they bordered on a kind of drag that I don’t particularly feel comfortable with—woman as an object of ridicule rather than celebration—and when I think of that I wonder what Greer was thinking, largely about herself? About her past, as the daughter of a pastor? A native of Flint, Michigan who transitioned from Greg to Greer based on funds her father collected from his congregation—that’s a very public way to come out, and I’m sure not free of guilt: how could Greer ever repay them? Well, one way, of course, is by becoming the artist she was, it’s all there in the work, her various complications, dreams, and beliefs, all produced during a time when spotting someone like Greer on Second Avenue, or in a bar, was not unusual and unusual, all at the same time. It’s so hard to look back and see what’s been erased of New York when artists like Greer lived in New York but isn’t it marvelous to know that their imaginations live in the concrete, still, like some old and nourishing song, or the very art Greer created out of her tortured, whole, and vibrant self?