DHAKA (Reuters) - Suspected militants in Bangladesh hacked an elderly Hindu priest to death on Tuesday, in what police suspected was the latest in a spate of attacks by Islamists on minority groups in the majority-Muslim country.

Three motorcycle-borne attackers slit the throat of Ananta Gopal Ganguly, 70, while he was en route to the temple he served in the district of Jhenaidah, about 100 miles (161 km) west of Dhaka, the capital, police said.

"They almost beheaded him before they fled the scene," said police official Hasan Hafizur Rahman.

The attack bore the hallmarks of previous killings by Islamist militants. The government banned more than one person riding pillion on a motorcycle on Monday a day after the wife of a prominent anti-terror security official was shot dead by three suspected militants on a motorbike.

Rahman dismissed the group's claim as "baseless", saying it had no organizational base inBangladesh and domestic militants were responsible.

A 60-year-old Christian grocer was also hacked to death after Sunday prayers in an attack claimed by Islamic State.

Bangladesh has not seen the sort of Islamist violence that has rocked Muslim Pakistan, or even the number of attacks that India has seen over the past decade or so.

Since February last year, militants have killed more than 30 people in Bangladesh, including members of religious minorities, liberal bloggers and academics.

Islamic State and al Qaeda have claimed responsibility for most of the killings, but the government denies either group has a presence in Bangladesh.

The government has launched a crackdown on militant groups who want to impose strict Islamic law in Bangladesh. At least eight militants have been killed in shootouts since November, including three on Tuesday, police said.

Analysts say a climate of intolerance in Bangladeshi politics has both motivated and provided cover for perpetrators of crimes of religious hatred.

The government blamed the growing violence on its political opponents linked to Islamist parties aiming to create chaos and prevent war crimes trials from going ahead.

Tension has risen since Prime Minister Sheikh Hasina ordered Islamist leaders suspected of atrocities during the 1971 war of independence from Pakistan to be put on trial for war crimes.

Hasina's rivals accuse her of settling political scores by hunting down members of the Jamaat-e-Islami, an ally of the main opposition group headed by former prime minister Khaleda Zia. The government denies these assertions.

Hindus and Christians make up about 10 percent of Bangladesh's 160 million people. 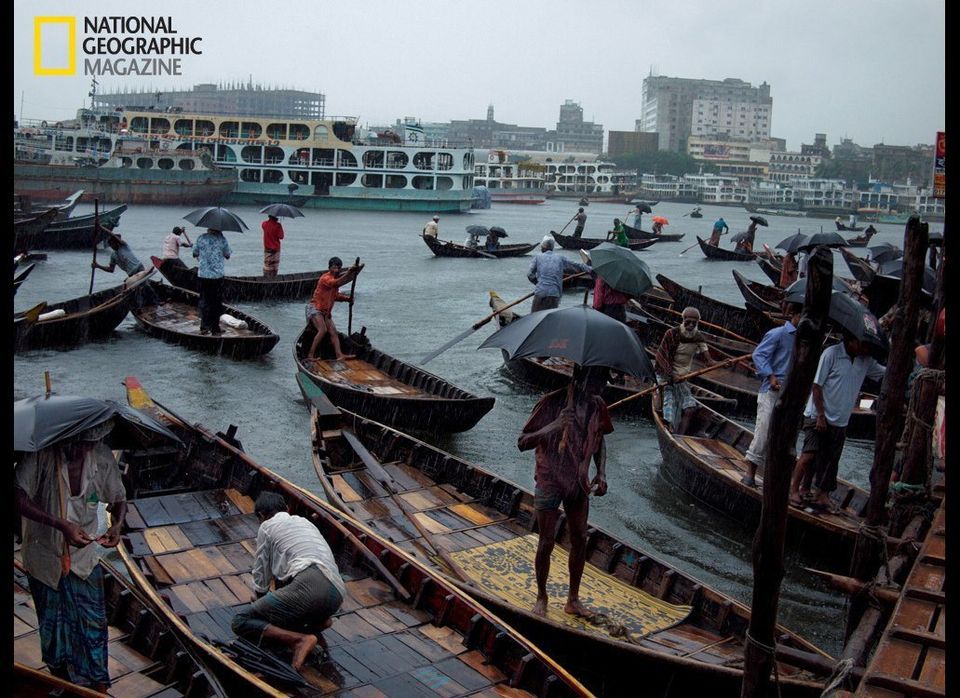 1 / 7
Overflowing With People
Taxi boats called <em>kheya nouka</em> cross the Buriganga River to Sadar Ghat, Dhaka's main boat terminal, providing transport in one of the world's most densely populated cities. Low-lying Dhaka is among those most at risk from rising seas.
Jonas Bendiksen/National Geographic