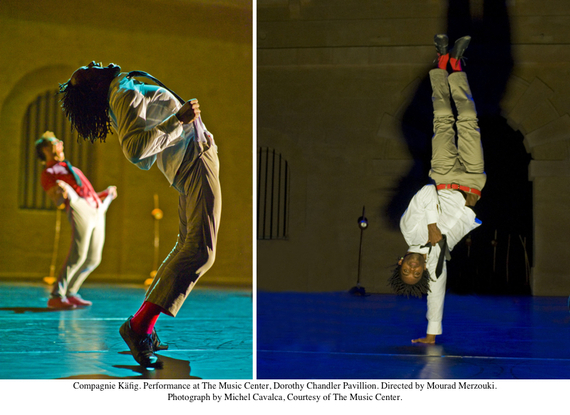 I do like ballet, and I do like modern dance. But hip hop? Give me a break... That was my attitude until last weekend, when I attended a performance by the French group, Compagnie Käfig, at The Music Center. French choreographer, Mourad Merzouki, with an all-male cast of 10 Brazilian dancers, surprised and delighted the audience with explosive exuberance of dance combined with an extraordinary sense of discipline. 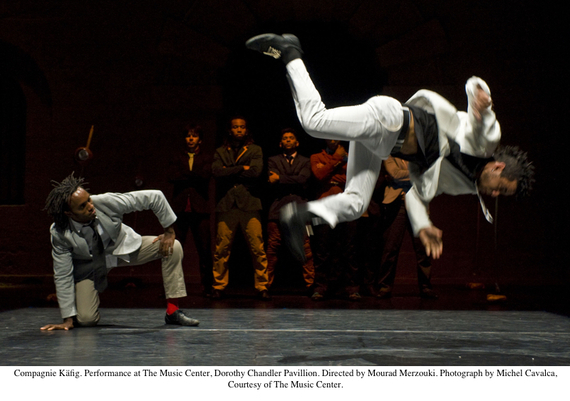 To see all 10 dancers carry out extremely complicated and difficult movements --and doing so in complete unison --wow! It made me think of the controlled beauty of movement by corps de ballet dancers in such classics as Swan Lake or The Nutcracker. And wouldn't you be surprised to hear a music score combining Deadmau5 with - believe it or not - music by Vivaldi? And if that's not enough, how about the delicious sense of humor permeating the whole performance... 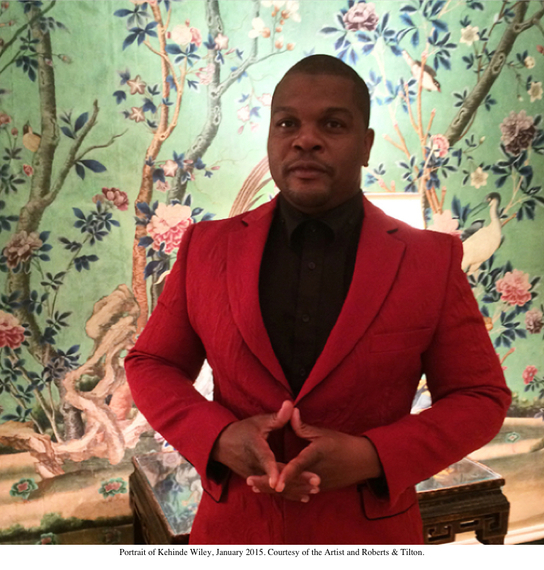 Another big surprise over the last few days was to read a short article in Art in America by Kehinde Wiley, one of the best known American painters, telling the story of his trip to the Soviet Union in 1989, when he was only 12 years old. He writes: "I grew up in South Central Los Angeles in the 1980s, when it was prime gang territory. My mother had six kids and she was always trying to find different programs to keep me and my brothers and my sisters out of trouble..." 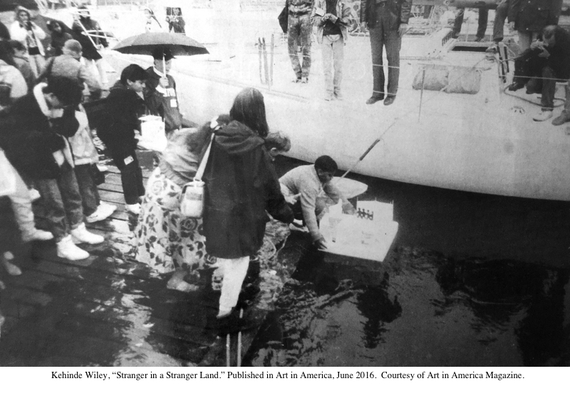 "In 1989, my mom found out about a trip by a group called the Center for US-USSR Initiatives, which, I believe, was organized by the CIA. It was a sort of 'Ping-Pong Diplomacy,' trying to get American kids to hang out with Soviet kids, perhaps creating some type of cultural influence... So fifty of us American kids... mostly from California went to Russia for two weeks... We stayed at a defunct military base in Leningrad with fifty Russian kids. We'd take Russian language classes in the morning and painting classes in the afternoon. And then we'd go swim in the lakes or go mushroom picking. It was a strange, magical summer. The experience changed my trajectory, enabling me to leave the country for the first time, and giving me a broader sense of self and wider boundaries... But being in Russia was a culture shock in more ways than one... I recently did a series of paintings... that were inspired by the Russian icon paintings I saw on this trip, the first time I visited the Hermitage." 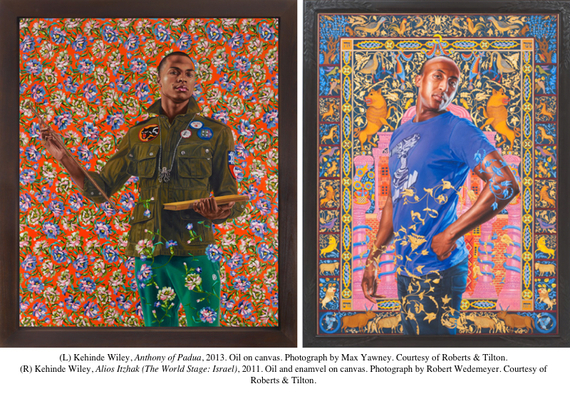 Through the years, Kehinde Wiley has enjoyed well-deserved critical and commercial success with his trademark paintings presenting young African-American men and women in stately poses mimicking European royal portraits of the past. Now, learning about his trip to Leningrad and to the Hermitage --the city and the museum that also deeply shaped my own life-- I discovered that in spite of our dramatically different backgrounds, we have a special Russian connection, which makes me admire his art even more.