A couple months ago, Matt Daniels wowed wordsmiths and hip-hop enthusiasts alike with his hip-hop flow chart. It ranked 85 rappers by the size of the vocabulary in their songs. 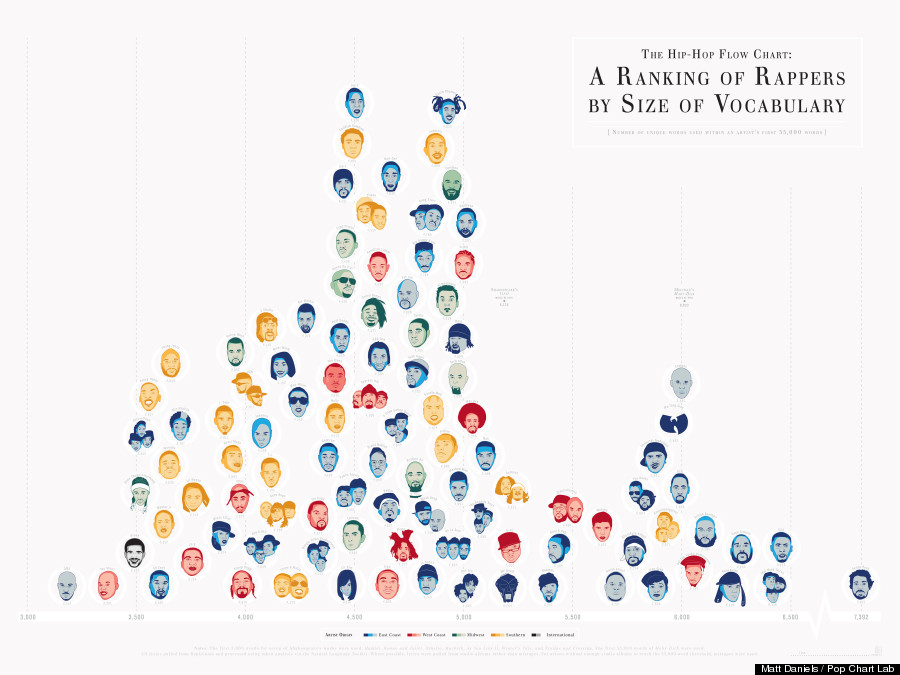 Now, Daniels has upped the ante by expanding his repertoire to 100 artists. The hard data is brilliantly illustrated in the above print from Pop Chart Lab, which is available for purchase.

In version 2.0, Daniels decided to make a concerted effort to include rappers known for their extensive vocabularies. And, as he predicted, many of them -- for example, Jedi Mind Tricks, Action Bronson, Jean Grae, Del, Sage Francis and Immortal Technique -- shot straight to the top of the list.

Plus, who wouldn't want these amazing illustrations of 100 rappers on their wall? Sign us up.