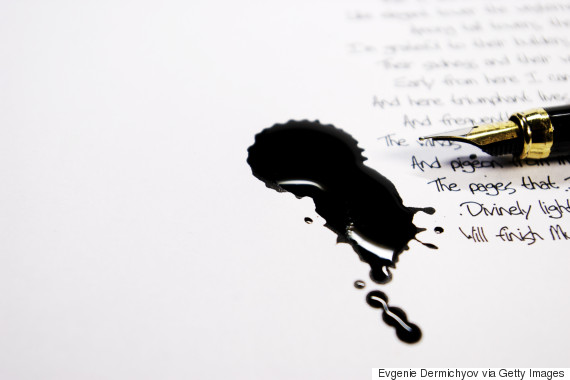 I was born in 1989 at the end of hip-hop’s infancy. By the time I dropped into being, hip-hop had a Grammy and platinum records. Reagan had already wreaked his brand of havoc on the American underclasses and crack was well integrated into our communities. By the time I came of age, much of the cultural context for hip-hop was already in motion — drug war, mass incarceration, neoliberalism, post-Civil Rights respectability politics, urban divestment and subsequent repatriating gentrification, zero tolerance schooling and  policing. I don’t have a particular moment when I “discovered” hip-hop or saw it take over the world. For folks of my age bracket (born in the late eighties to early nineties) hip-hop was a central part of the zeitgeist; the rapper was just as viable a musical star as the singer. I was a child when hip-hop surpassed country as America’s biggest selling music genre. The centrality of hip-hop to cultural identity isn’t an argument to me so much as it’s the up that is sky.

Hip-hop is an imperfect culture, reflective of an imperfect people. Hip-hop, like the dominant worldwide culture, is cis-male-hetero dominated. This is wack. This is a vital point to start with and one that I will return to later, one that we all must return to in every conversation.

Hip-hop music is an ecosystem. Hip-hop speaks to multiple artistic media and an entire shifting coda of language, dress, attitude, and political thought. Hip-hop music also falls at the intersection between musical form and political/poetic speech because much of the music is especially text heavy. Hip-hop is as much about what is being said as it is about how it sounds. In traditional poetry we express this spectrum as lyric versus narrative. While we recognize some rappers as important because of their sonic genius rather than deep content (Missy Elliot or Biz Markie), we recognize others as vital because of what they had to say despite a limited sonic or rhythmic range (Tupac or Chuck D). Each rapper carries elements of both properties but it is important to point this out for critics who might question the level of artistic value in some of hip-hop’s more textually simplistic figures.

But the central question of my work as an editor and poet remains: What does any of this hip-hop shit have to do with poetry? The  answer is, quite simply, everything. W.E.B. Du Bois, when he writes his early masterpiece, The Souls of Black Folk, takes up the task of theorizing how black folks got over, how they made it to his early twentieth century present day. His first answer and recurring refrain is music. He positions the sorrow songs as central to the culture of black folks through and rising out of slavery, and he points out the direct tie between Black America’s artistic value and their ability to educate themselves (e.g. The Fisk Jubilee Singers as the foundational fundraising arm of Fisk University).

Du Bois wrote, “the problem of the Twentieth Century is the problem of the color-line.” He posited that after the broken promise of Reconstruction, the quandary of what to do with the new semi-free black class of Americans would be the central question for the country to answer. America answered. America’s answer to Du Bois’s “problem of the color-line” was death. Economic, civil, sexual, psychic, and physical death were the strategies employed in that century through sharecropping and debt peonage, ghettoizing and redlining, lynching and rape, over-sexualizing and asexualizing, mass incarceration and police brutality, poll tax and offender disenfranchisement, suburbanization and gentrification, etc.

However, the conversation between power and the disempowered does not end with America’s answer. Black folks responded artistically and politically by asserting the importance of their lives. This assertion of life is present in every major black artistic movement from the Harlem Renaissance to the Black Arts Movement to the current movement of BreakBeat poetics. This assertion of life may be best articulated in Lucille Clifton’s masterwork, "won’t you celebrate with me," where she says,

come celebrate
with me that everyday
something has tried to kill me
and has failed.

For Clifton, celebration is central as a non-white, non-male person who defies the odds by continuing to draw breath. This declaration of living and the resolve to celebrate that life is in direct opposition to the dominant American agenda.

Hip-hop would pick up this mantle in full almost immediately because of its genesis as a party music of the divested urban underclass. The Notorious B.I.G. insightfully raises this exact point when he borrows the ending of The Last Poets’ important composition “When the Revolution Comes” to serve as the centerpiece of his early solo track “Party and Bullshit.” In this song, Biggie describes the before, during, and after of a hypothetical party scene as a means to contemplate his own mortality and the mortality of his peers. Biggie’s potential violence in this record is not senseless; it’s a strategy to preserve his life and the lives of those he loves. The listener looking to dismiss this song as shallow is not listening.

BreakBeat writers are the offspring of Clifton and Biggie. We are the offspring of Nathaniel Mackey and Missy Elliot. Phillis Wheatley and Lil’ Kim. Pablo Neruda and Rakim. Carl Sandburg and Common. Frank Marshall Davis and Melle Mel. Essex Hemphill and Queen Latifah. The Dark Room Collective and the Wu-Tang Clan. Carl Phillips and MF Doom. James Baldwin and Tupac Shakur. Nikki Giovanni and Kendrick Lamar. Li-Young Lee and MC Lyte. The Native Tongues and the Nuyoricans. We are many.

We write to assert the existence of ourselves, to assert our right to our own lives and bodies. These considerations influence not only the subject matter but also the aesthetic approach to making poems. I understand this influence to manifest itself in a number of ways:

1. We believe in the necessity for poems to live in multiple  media (page, performance, video, audio, various multi-genre presentational forms).
2. We believe in work rooted in a democratic cipher of ideas rather than privileging high intellectual or artistic pedigree. For us everything is on the table and equally valid until proven wack.
3. We believe in a foundational canon that is multicultural and multiethnic by definition and that celebrates and elevates the art and lives of people of color.
4. We believe in art that speaks to people’s lived personal and political experience.
5. We believe in art that invites, acknowledges, and celebrates the voices of poor people and other disenfranchised people.
6. We believe in art that samples, steals, and borrows to create the most compelling and important work possible.
7. We believe in Ezra Pound’s charge to “make it new” and/or Andre 3000’s revelation that “you only funky as your last cut.”

This list is not perfect, but it is intended to gesture toward the foundational ethics that I’ve observed in my generation of makers born directly into hip-hop. The poems we have worked to compile are not perfect. Hip-hop is an imperfect culture, reflective of an imperfect people. The BreakBeat Poets, from which the poems in this issue are taken, is an anthology edited by three cisgender, hetero men who claim Chicago as their personal artistic capital. I think it is  important to name. I hope that by doing so we can continue the conversation and encourage others to add to the incomplete cipher we’ve set forth. That is, for me, the ethic of hip-hop. The most primary rule is that the cipher must expand and must stay current. Hip-hop is shark art; when it stops moving it dies. We aim for this portfolio to add to the conversation about hip-hop and literature and life. Most of all, I aim for this writing to be an expansive invitation for all.

This piece first appeared on www.poetryfoundation.org.