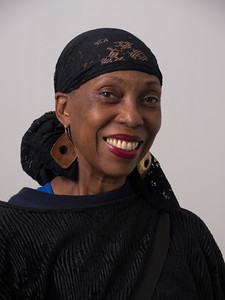 The 30-year-old Los Angeles dance troupe's China tour is not the typical hit-and-run attack on the four Western-culture-friendly metropolises -- Beijing, Shanghai, Guangzhou, and Hong Kong. Rather, the Washingtonians delivered concert performances in 12 medium-sized, second-tier cities in the Chinese hinterland.

I was along for the ride. A Mandarin speaker and former China resident, I revived my dormant language skills for the trip. One young woman, excited after the performance, approached me, asking, "Lu-la Huaxundun zai Meiguo hen you ming ma?" i.e., Is Lula Washington terribly famous in America? Based on what I saw in China, my reply was, "not as famous as she should be."

Washington's "Global Village," the program opener, set to a bubbly score by African singer Fela, struck surprisingly familiar chords in China. The piece riffs on the connections between Chinese culture and that of an African village. The audience almost purred with contentment at "Global Village's" boldly colored, China-tinged costumes with their long draping sleeves. Even with these Asian motifs, the work is relentlessly funky.

Liang Guangxu, 50, a worker in the Henan Province Cultural Bureau said, "These dancers are more individual, more open, [than ours]. And their movement larger. Our local dance is more restrictive." Standing nearby, Zhang Pei, 23, chimed in. "I was very excited. I never saw dance like this."

"The Healers," an expressionist modern-dance solo danced with high integrity by a magnificently fit former Dance Theatre of Harlem principal, Ramon Thielen, brought the ever-chatting audience to silence. Gripped, I'm guessing, by Thielen's cut musculature, or by his demonstration of emotional pain, they watched in awed respect.

"Reign," this critic's personal favorite, a groove-surfing classic that hip-hop choreographer Rennie Harris tailored on the Washington troupe, had viewers in rural Henan Province erupting in waves of spontaneous cheers, like at a soccer match. In the much more urbanized city of Wuhan, however, viewers sat stony faced, looking bewildered if not frightened by Harris's glorious transfer of house dance styles to the concert stage.

After seeing "Reign," SIAS University dance instructor Huo Zhujun told me, "My heart is pounding. Yes, I love it. The movement is explosive, the rhythm infectious."

Unbeknownst to the choreographer, Washington's "We Wore the Mask," was a fine fit for the Chinese market, intersecting with the Chinese cultural obsession of saving, losing, and/or maintaining face. Face is a heavy subject here. "Mask"'s examination of grotesque black stereotypes, performed with great dramatic flair by Tamica Washington-Miller, teeters between rage and joy. For Americans, "Mask" reads explicitly as a reference to black culture (the mask-prop, an Aunt Jemima icon). But it resonated with surprising relevance in China. Also scoring a bull's eye was "Mask"'s marvelous drumming accompaniment by Marcus Miller.

Li Hui, 28, called the performance, "Zhen bang! [Super-great!] I learned many things. I saw versatility. You go to the ballet, you see ballet. You go to acrobatics, you see acrobatics. You go to folk dance, you see folk dancing. But in this, they did everything!"

Despite all the joy swilling around the stage, the Chinese gentleman seated at my right admitted, "The dancers are so energetic." Then he added with embarrassment, "but I don't get jazz too well." 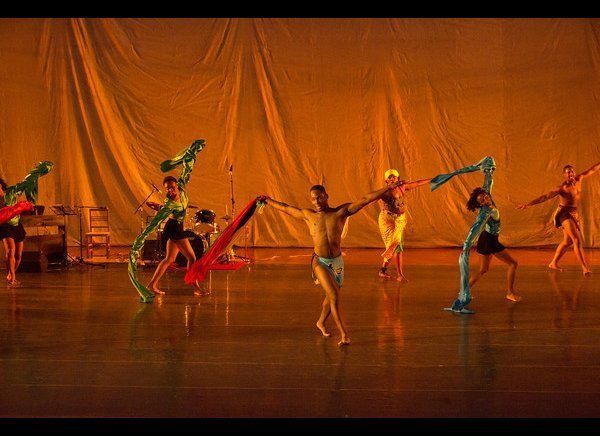