There are times when an art movement quietly documents the heart and soul of the much louder story of history that surrounds it.

In 1966, LSD was legal. It was available to a large group of first adopters who found the drug to be 'very sensational.' 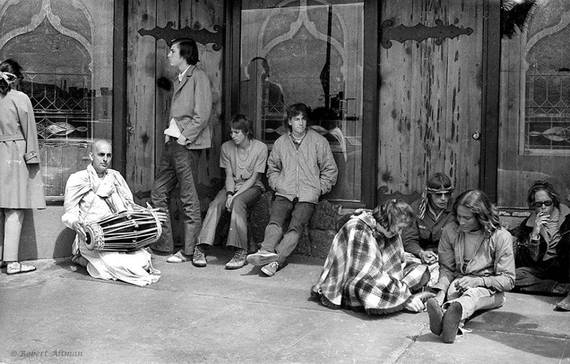 In 1967, LSD was illegal. Demand was high and supply was low. The desirous were not large in number, but they had a lot of friends and family. LSD was new and untested; its affects promised miracles and great beauty. Questions remained unanswered and there was a whole movement who sought to spread the spiritual vitality that many claim LSD to conjure.

In Laguna Beach, CA, Timothy Leary and local character John Griggs pioneered a movement to expand worldwide consciousness. Its focal point was Mystic Arts World, a bookstore, gallery and convenient place to pick up a dozen tabs of their famous acid, Orange Sunshine, on the way home from work. Law enforcement was caught off guard and soon everyone was trippin'.

This article is about the art work of the Mystic Arts World. The Mystic Arts World is a fevered web of many stories, all legendary, starring the most colorful of characters. One of the artists, Dion Wright, lays out the turf. "Mystic Arts World was the mercantile expression of John Griggs' idealism. He was a great, if somewhat tacky, coiner of nomenclature, having imagined this lurid name for the store, and also the name, "Brotherhood of Eternal Love" for his group of joyous, proselytizing smugglers. The thing to realize is his absolute sincerity. His cultural opponents were riddled with hypocrisy and all stripes of self-interest, but John was as pure as an acetylene flame."

The joy of sharing love and a higher consciousness was soon overwhelmed by the wave of ever-flowing cash. Their drug manufacture and distribution was a self-perpetuating, expansive success story. John Griggs was a pirate with a hippie smuggler crew. It is alleged that they were the first to fill a surfboard with contraband. They earned the AKA "Hippie Mafia." Well-documented is the legendary story of the pirates showering Laguna with acid blotter snow from a helicopter. Woven into the milieu are the Hell's Angeles, Charles Manson, Afghanistan hash and the root cause of the Altamont concert debacle. 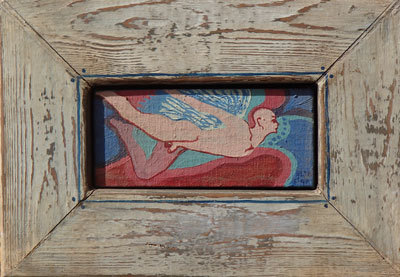 In 1969, a three-day, rock and roll concert, in East Bay San Francisco, the Altamont Speedway Free Festival, ended with the Rolling Stones on stage and mayhem, death and violence in the audience. This is what happens when radical hippies and hard-on Hell's Angels take Orange Sunshine acid at the same time, in the same venue.

The Vietnam War is raging. Hippies are thriving. The phenomenon of Mystic Arts World is a saga. Award winning journo Nick Schou details the culture and influence in his book "Orange Sunshine: The Brotherhood of Eternal Love and Its Quest to Spread Peace, Love, and Acid to the World."

Schou's book is very much the impetus for a new arts show at the Coastline Art Gallery in Newport Beach, CA, this July. Bolton Colburn curates and RVCA presents, Orange Sunshine and the Mystic Artists, 1967-1970.

Set in this chaotic otherworld in Laguna, the Mystic Arts World gallery was the nucleus for a group of artists who were tuning in, expanding their minds and dedicatedly making art.

In the Southern California geography that surrounds them, innovation is exploding like a million teardrop starflowers in bright candy colors. Music is mad, surf is king and local artists Rick Griffin and John Van Hamersveld are defining pop culture. Fifteen miles north, the Jesus Maranatha Movement is just getting started. In the South Bay, the aerospace industry has a full throttle on the Vietnam War and the Cold War arm's race. Venice Beach and LA are producing transcendental art in the Light and Space movement. The artists of the Mystic Arts World supported their hive and founded an aesthetic.

"While it lasted, Mystic Arts World was a focus of seminal, sometimes cosmological, and always super-conscious Art," says Dion Wright, who also served as gallery director back in the day. Today, he is a collaborator to "Orange Sunshine and the Mystic Artists, 1967-1970."

Objectively, this is an art show of lurid sensationalism. The stories and legends of The Brotherhood of Eternal Love, threaten to overshadow the quiet and generally contemplative artwork. This history of hippie noir is the star of this large group show. No single artist commands a voice, as over 45 artists engage a true collective. 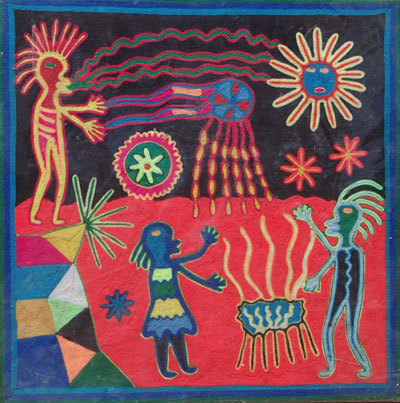 The diversity of the artwork is a stylistic document of this place, at this time. At this period of history, everything was changing. In the commercial, consumable world, Avocado Green and Harvest Yellow were part of a flood of design distinctions that were generating waves of influence.

I look to Orange Sunshine and the Mystic Artists, 1967-1970 for the nostalgia and the wilder side of Southern California history. The rowdy, madcap stories inspire great imagination and fantasy, but this art show will ground these legends into the tactile and real world.

Valuable shows such as Orange Sunshine and the Mystic Artists, 1967-1970, cannot be made without great support. The exhibition has been made possible through the generous élan of presenting sponsor RVCA. Additional generosity comes from the Croul Family Foundation, Jennifer and Anton Segerstrom, an anonymous donor, Jennifer Vaughn and Larry Gonzalaz, the William Gillespie Foundation, Grand Central Art Forum, and Mary E. M. Houseal. 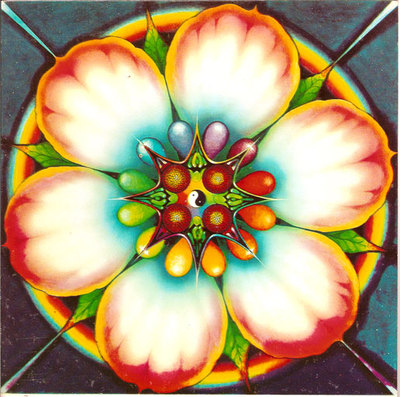 The Orange Sunshine and the Mystic Artists, 1967-1970 show opens Saturday, July 25 at the Coastline Art Gallery at the Coastline Community College in Newport Beach. Plan a road trip around it.

For more information, Nick Shou and the OC Weekly did a dynamite series on the Orange Sunshine universe. Click here and here.

Gordy Grundy is an artist and arts writer. His visual and literary work can be found at www.GordyGrundy.com