Hipster football: A sometimes pejorative shorthand for various forms of interest in football, from a love of obscure tactical facets of the game to an appreciation of teams you've never heard of but should love. Given the usually dedicated nature of football fandom, why do we develop crushes on certain teams, and why do we call that "hipster" anyway?

Humans are essentially herd animals whose choices are largely determined by the group or, more interestingly, by key influencers within the group. This is the key tenet of Mark Earls' book Herd, which examines how humans behave with a view to understanding consumer action from a marketing perspective. Earls argues that humans are collective and empathetic, qualities that have developed in an evolutionary time scale as necessary qualities for survival among a species that develops emotionally and consciously through interaction with others. He also argues that humans try to act as individuals and perceive themselves as individuals, and that this is done for several reasons: Western philosophy has taught us that the individual's free will and responsibility is of primary importance; individuals tend to retrospectively justify their decisions by effacing the herd aspect to fit into this reading of culture; and our ability to misremember the origins of our decisions assists this process. 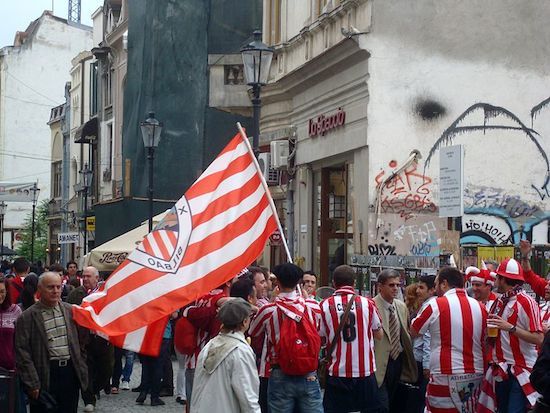 Recognition that key influencers shape opinion is not new, and research by consumer groups has identified this quality in certain individuals who can shape opinion and sentiment by their utterances. Earls takes this a step further and adds that these individuals, who he labels "super-conductors," are in fact influential by their nature and their ability to frame a narrative rather than simply state it. This places a greater importance on both style and credibility of a narrative, rather than just the basic number of people exposed to a "super-conductor's" opinion. These individuals are not didactic, but influence by example and exposure, rather than simply telling us what we should like. Their communication is an example of what Earls terms endogenous word-of-mouth, that is generated socially within the system rather than parachuted in from an external body (in his discussion, the difference would be between socially-generated buzz and direct marketing). This form of word-of-mouth communication is more lasting and more influential. People, in their desire to appear individual, are more likely to adopt something if it is not directly shoved at them, but rather if it is discussed and made to look interesting and popular with no overt attempt to persuade.

Hipsters are very well socialized people; an individual who is well attuned to prevailing herd behaviour. They are receptive to endogenous influence and adept at copying but, like all humans, are also quick to assert the essential individuality of their choices. The coalescence of hipster choice is a reflection of the herd nature of their decision, but also of the quality of their decision-making.

And so, finally, to football: How do hipster clubs come about? In a way, I've already shown how I will answer this question, though there are nuances that apply to football. We all have different reasons for pledging to a club, but our affection is usually intransigent. Increasingly, however, people are stating affection for teams, largely based abroad, as a second, third, and even onwards, club. While our choice of first team doesn't change, there is a fluid appreciation of other clubs. And often, these affections are for the so-called hipster teams, and are quite centered on certain, predictable outfits.

The two clear examples of this in the last three years are Barcelona and Borussia Dortmund. Easy choices, you might say: They play fast, attacking, at times breathtaking football; they have young teams; they play with an ethos; they had or have charismatic coaches who are urbane and witty; they don't need heart and character and running all day to win games. And indeed, that's pretty much it. We like these teams because they're great teams. But -- and this is why I droned on about Earls earlier -- we are pulled into these choices. Social media and the more social forms of journalism, such as blogging or opinion-heavy, quality writing such as sometimes found on the Guardian, feature these teams more than others. There are various reasons for this. In part, there is a natural antithesis to the "English game," harum-scarum rushing about, in the better print media and blogosphere. These writers will naturally advocate teams who do not suffer from what are commonly perceived as English flaws. This extends to the meta-narrative of the national game, where both Barcelona and Dortmund, with a core of homegrown players raised in a philosophy of football which elevates touch, control and creativity, and after a concerted effort by the national governing bodies of those countries to create just such a philosophy, contrast markedly with the perceived lack of skill and planning in our own national team setup. We can appreciate not just the skill of these teams, but the philosophy that generated them; that is the narrative at least, and it allows us to bemoan similar failings at home. The journalistic system is predisposed towards elevating certain styles of play, schools of football, and once these teams and styles are so elevated, it is natural for the herd for follow. These teams will then enter a mainstream discourse and the herd will notice and claim that discovery for themselves, and thus, the team becomes hipster. 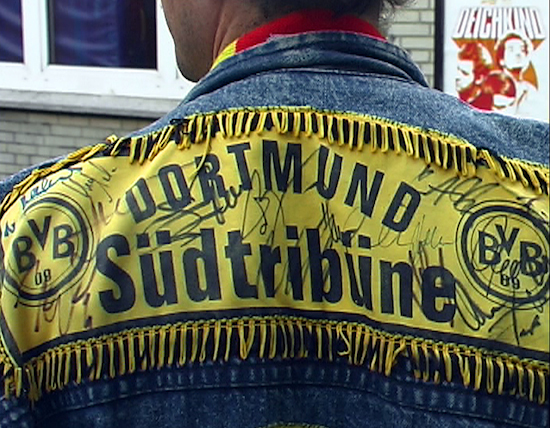 I chose, at the behest of some other football writers, teams I feel will become "hipster": these are Anderlecht, Basel, Real Sociedad, Dinamo Zagreb, Fiorentina, Atheltic Bilbao, Swansea and Austria Wien (and Marseille and Napoli as maybes). These teams all fit the criteria above to a greater or lesser extent. Most have a spine of young, homegrown players; all play attacking, pressing football for the most part; and all are featuring in European competition which makes them more likely subjects for mainstream media articles (Basel's victory over Chelsea is significant in this regard, and they have two very exciting young Egyptian players which opens another set of potential narratives).

Anderlecht boasts some of the up-and-coming members of the new "golden generation" of Belgian footballers, another country that, unlike England, has poured money and effort into nurturing youth and are now reaping the benefits. Additionally, la Real and Athletic have an interesting political dimension. Zagreb are automatically more likely because Jonathan Wilson, a key influencer, writes a lot about Eastern European football, and Swansea are Premier League but not English, which is considered a benefit (you can like them and Laudrup without forsaking your own EPL team). I would say, though, that despite the reaction when they recently played Dortmund, I am a bit more dubious about Napoli -- They do not fit my model so easily, though the urban, gritty setting of the team, like with Marseille, adds credibility for a certain type of hipster. Anyway, for all these reasons, the clubs listed above are attractive teams for super-conductors to write about them, and write they will; the herd will simply follow, as they did with Barcelona and Dortmund.

I want to touch lastly on two other teams, very briefly. St Pauli and St Etienne are both, in my opinion, hipster teams of a more durable quality. St Pauli, as described marvellously in The Blizzard's Issue Zero, are a team rooted in left-wing politics and the alternative, which automatically makes them a contender; hipsters love the outsider precisely because they are not mainstream. They are also well-branded and appeal from a visual perspective: everyone loves a piratical skull and cross-bones. St Etienne are evocative of a by-gone era of elegance, Gallic flair and insouciant cool, and have featured in some of the best European Cup games, and have cropped up in The Blizzard a number of times (without doubt, probably the single biggest super-conductor by virtue of reach, quality and aesthetic values which make it a very easy thing to admire and, therefore, follow).

The great thing for hipsters about football is that you can flit from one club to another when it comes to crushes. You may be stuck with Hartepool, but there is nothing to stop you tuning into St Etienne vs. Bastia and getting all quivery about it. The ephemeral, trending nature of these clubs fits with the fluidity of social networks and allows a football lover to stay true to their first choice while demonstrating knowledge, interest and sociability by being interested in other teams. Because they are more highly socialized, hipsters are more receptive to this trending and less concerned about staying fixed to one club or brand anyway. It will be, of course, interesting to see if I'm right in my choices. The great thing is by writing about them I've already started the process. Sneaky, right?

The original version of this article appeared on Put Niels In Goal and has been edited to fit Huffington Post style guidelines.