You're not as cool as your dad and you never will be.

He killed it back in the day. You probably can't imagine him as anything other than the time-tamed man who raised you, but there's a whiskey hell beast inside of him. From his late teens till when you were born, he was a flannel badass with a killer lip-scarf. There's a reason you'll never reach the upper echelons of being life-awesome like him - laws were established to prevent it. Each day he shook the world with how he lived and further cemented his position in the hall of legends.

Then you showed up.

Endless summer ended because he had to raise you. Double fury fists of PBR became double fists of baby bottles. Motorcycle seats became mini van seats. And, late night parties became late night diaper changes. You even ruined all of his pristine wears with your baby fluids. But, he took it all in stride and gave it all up because he loved you.

So hipsters, when you're walking around with the smug feeling that you're the most original person in the world and blatantly plagiarizing your dad's swag, at least admit this for Father's Day...

Your dad was the Original Hipster and he's been killing it since back in the day.

Now, lets all take a moment of silence, remove our cycling caps, crack a High Life and say thank you to our amazing dads for everything they've done.

And, I just want to take a moment to say something to my dad. I love you. Thank you so much for teaching me how to be a man and how conquer any challenge that comes my way. I'm proud to say that I copy you because when I grow up I want to be exactly like the amazing dad that you are.

Brad Getty is the author of Dads Are The Original Hipsters [Chronicle Books].

All photos and slideshow text courtesy of Chronicle Books. 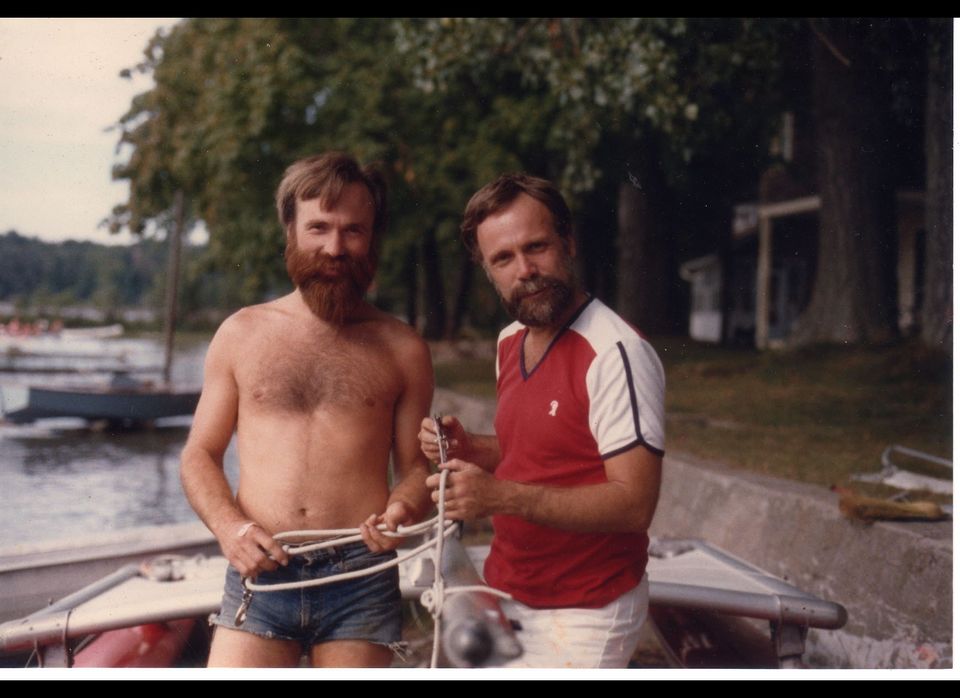 1 / 11
Jorts
You dad wore jorts before you did and he's got the short frayed denim to prove it. Living the three Rs, he Reused his life-wrecked jeans by Reducing their leg length and Recycling them back into his wardrobe as stylish Danny Dukes. Now every pair of faded favorites could have a second life as his favorite pair of shorts. <strong>SO HIPSTERS,</strong> next time you're riding a fixie in attire you claim is strictly functional because you can carry your keys and U-lock without having your leg movement constricted, remember this... Your dad wore them because he was helping to save the environment before saving the environment was cool.