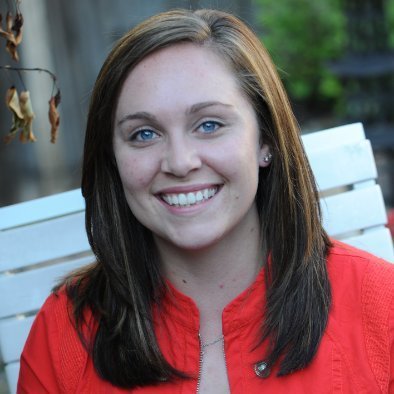 For Amelia Mawlawi, being the first generation in her family to attend college has been extremely rewarding. This spring, she is graduating from the University of Northern Colorado with double majors in Business Management and Computer Information Systems, and she has already secured a position at Hewlett-Packard--a progression from her role as a product management intern. Amelia was part of the 2015 GlobalMindED conference, and is a wonderful example of commitment and ambition to students of all backgrounds.

When Amelia began college, she was already used to handling academic rigor, since she had taken all Advanced Placement classes in high school. More challenging for her was the unprecedented degree of freedom; with so many choices before her, it was tempting to call her parents at every turn for advice. Over the course of her freshman year and the rest of college, however, she embraced independence, particularly when she applied for a highly competitive marketing internship at Hewlett-Packard as a sophomore.

Her internship, she says, has challenged her and made her more confident in several ways. A suggestion during her performance review that she increase her technical knowledge prompted her to take on the additional challenge of completing a CIS major. She is proud to have a technical degree, since that depth of knowledge opens extra opportunities for her, and enjoys the opportunity to "use both sides of the brain"--both "people skills and technical knowledge"--in her work.

The gender imbalance in the STEM world initially seemed "daunting," but Amelia quickly learned that getting to know her co-workers and taking ownership of her work was the best strategy to counteract that imbalance. By strengthening her connections with those she works with most closely and supporting her team, she has found that they are very supportive of her in return. She is also grateful to her mentor at HP, who has intentionally introduced her to women in the upper ranks of the company and included her in meetings with top-level executives. She now feels that the level of camaraderie at the company improves her own and all of her team members' performance. She also has become proud of her "chance to represent females in a technology industry," and hopes to make a "ripple" for other women entering the field.

Learning to balance work, school, and personal commitments is often difficult for first-generation students, and Amelia feels that the lessons she has learned in this area have been some of the most important. "Coming into college I was so set on making my parents and my family proud that I started to lose sight of myself," she says. Like many of her fellow first-generation students, she says, perfectionism sometimes prevented her from prioritizing. Her mentor helped her, however, by checking in frequently and encouraging her to be well-rounded.

Attending GlobalMindED reinforced several of these positive lessons for Amelia. She developed broader peer and professional networks, and was inspired to become more vocal in support of fellow first-generation students on her campus. She also practiced "on-the-spot creative thinking," which she says directly translates to both the classroom and the workplace.

Now, she hopes to pass along similar lessons to her fellow first-generation students: "My advice would be to take the opportunity to learn more about yourself as an individual," through internships and "eye-opening" events like GlobalMindED. Amelia also encourages her peers not to view life as happening in rigid stages; after initially assuming that work and school would leave her with no time for activities she had enjoyed as a child and teenager, she learned that maintaining those connections is critical to developing into a balanced adult. Above all, she encourages other students, and especially incoming freshmen, to "reach outside your comfort zone" in order to expand their understanding of who they are.

Staying open to new challenges and opportunities has clearly paid off for Amelia. GlobalMindED congratulates her on her accomplishments and looks forward to her future successes.