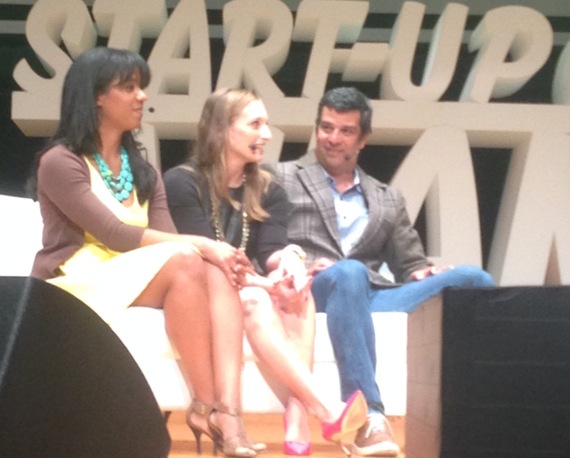 This past week, The Atlantic hosted StartUP City in Miami. I got into a heated discussion with a fellow panelist on how to recruit "the dream team."

There were a few takeaways that all of us could agree on:

On the other hand, there was one area where we didn't all see eye to eye: whether it is possible to spot a great "learner" during an interview. We defined this as someone who responds well in the face of new information and challenges. I am convinced that you can spot a learner at an interview with very savvy questioning skills. Here's how I do it:

1. Two-Step Role Playing: Ask the interviewee to get into "character", and address a real life interpersonal challenge that is likely to happen on the job. For example, have them try to retain a partner who wants to dissolve their contract. Get into character yourself and actually act out the scenario for at least two minutes. This will give you a lens into their skills in-action, and it will also show you how willing they are to "roll with it". But here's the true test. After the role play is over, ask them how it went. Watch the way they give themselves feedback. Then, you MUST give them feedback yourself, and some concrete steps for doing the role play differently the second time. (For example, "I found your approach a little too strong for me. Try spending more time getting to know me as a person first.") Then, do the role play again. That enables you to see how they respond to feedback, and it sets you up to watch them learn in real time. It also sets up a organizational culture of feedback and learning right from the get-go.

2. Creativity tests: I'm a fan of asking people to tell me a joke (even a bad joke), or to think of 10 different ways to address a specific issue. Although the answers themselves are often very interesting, I learn the most from watching the way someone responds as they navigate something mildly unexpected. Some people respond with interest, and others get irritated. I have found, more often than not, that great learners respond with curiosity and playfulness.

3. Feedback/Self Improvement: Often, when asked questions about weaknesses and strengths, interviewees make up stories about their high expectations. But the true test is someone's ability in great detail to account for a meaningful piece of advice or feedback that has impacted their work. Who advised them? What was the scenario? How did it lead them to behave differently? What do they wish they'd done earlier? How could they apply that lesson to other areas of their work? While some people will still lie in response to this question, a small number of people will actually share really interesting stories about times they learned something fantastic from a mentor that transformed their work. Those individuals (who often could share many stories if asked) are not scared to be vulnerable...they're not scared to say that they didn't know how to do something. They are willing to show their own learning process and give credit where it's due. Pay extra attention to those candidates...they have something special to offer.

Whether you believe it's possible to spot a learner or not, I'd encourage you to try these techniques on as you grow your team. And if you have other ideas for spotting learners, please share them in the comments below!