Brace yourself for an internet explosion of viral cat levels.

Japanese artist Hiroko Kubota has recently introduced the world wide web to the most adorable art project to ever grace Etsy. Believe us, the hyperbole is warranted. Because Kubota adorns button-up shirts with realistic renderings of cats, perfectly stitched to appear as if they are popping out of your pocket or lapel. Go ahead, squeal. 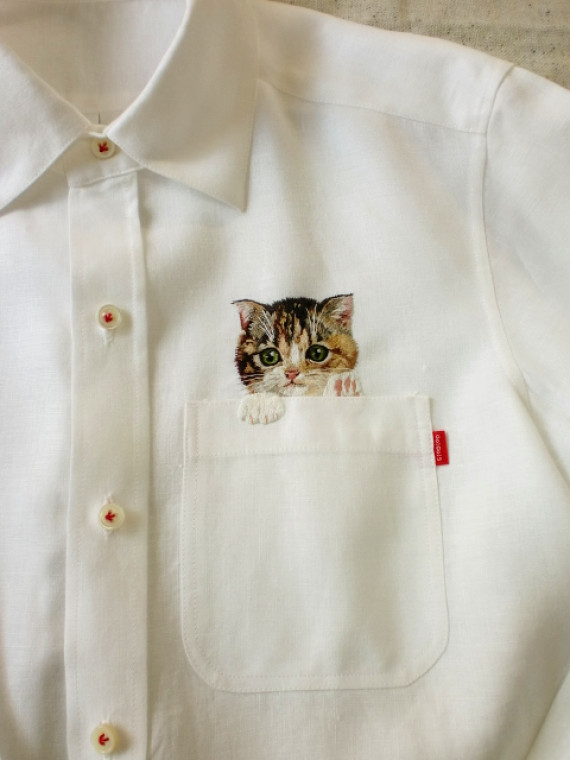 The groundbreaking amounts of cute involved in this embroidery endeavor don't stop with aesthetic, though. Kubota began making her brand of cat shirts after her son, a boy too tiny for most store-bought clothes, asked her to create cat appliques for his home-made outfits. "He has a lot of cute cat images on his PC folder," she explained.

After embroidering the first shirt with a feline image her son provided, she was proud of the result and decided to post an image on her Flickr page. This immediately set off a viral forest fire as web fiends drooled over the cat masterpieces. "It was widespread overnight," she declared. 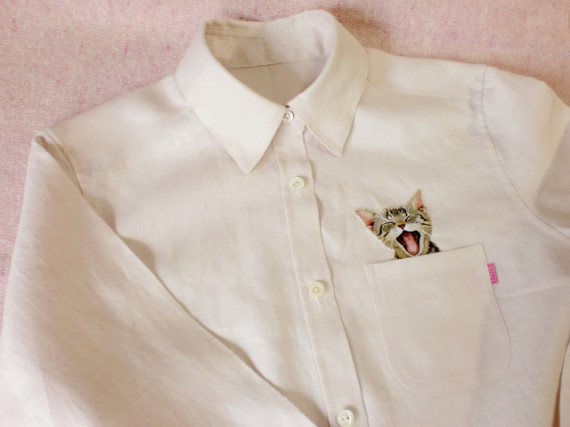 Kubota sold the shirts for $250-300 on her Etsy site before inventory ran out. She still receives custom orders for the shirts, however; so much so that her son (now 20 years old) has noticed that she has a lot less time to fashion his own cat-themed wardrobe. "He also complained that people know he's short, even in the United States."

So how does Kubota explain the sudden success of her cat-themed business? "About the phenomenon of cats on the internet... I think the person who likes dog goes for a walk outside instead of sitting on the internet. I have some clients who ask me to embroider their dogs on the shirts, but I think it is impossible to pocket a big retriever."

Sound logic. Feast your eyes on the crafty shirts below and let us know your thoughts of the embroidery feat in the comments. 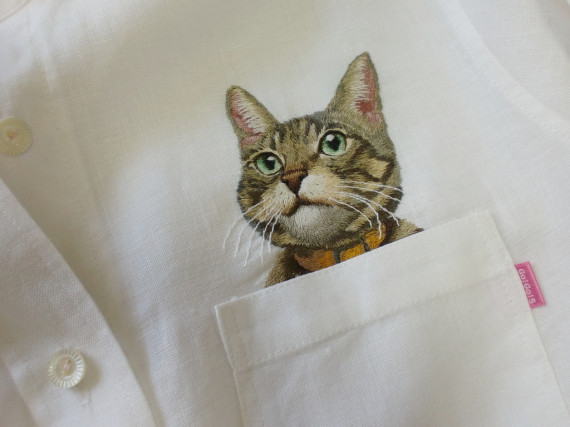 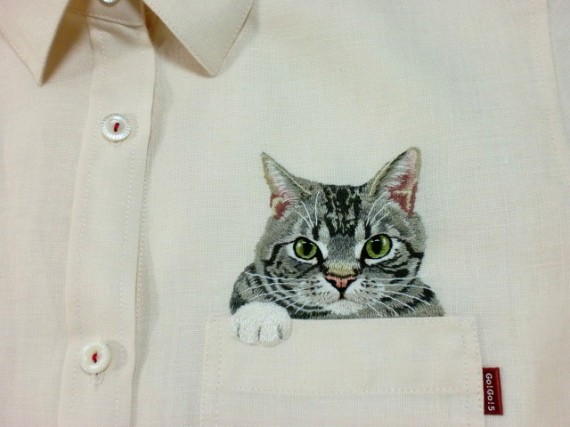 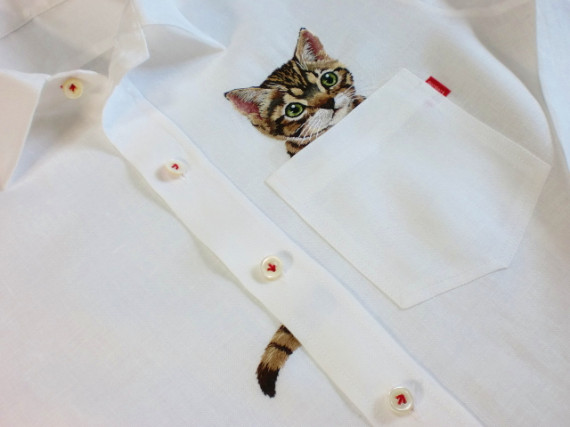 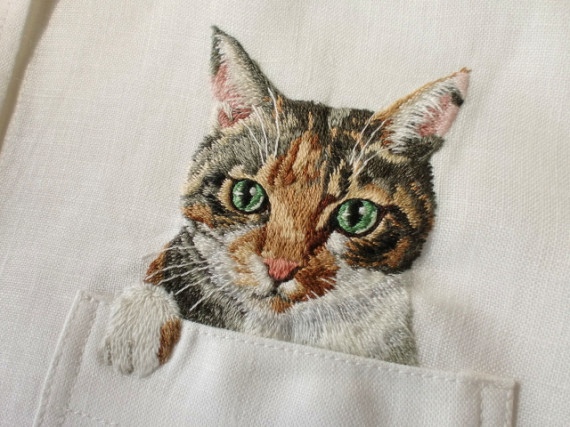 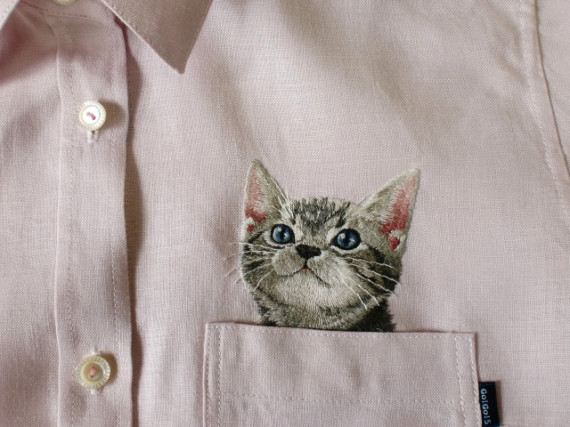 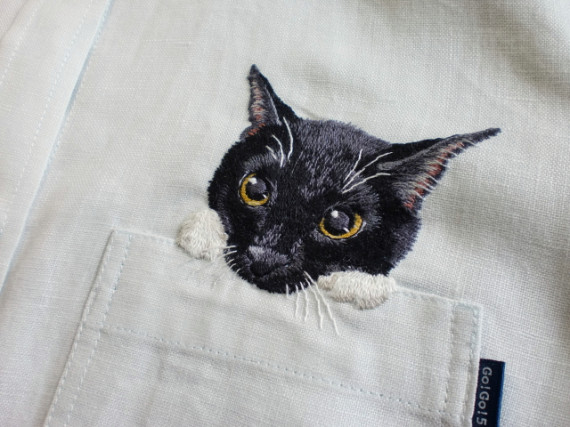 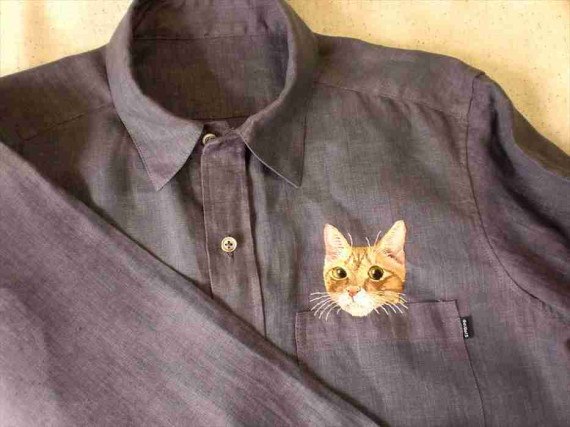 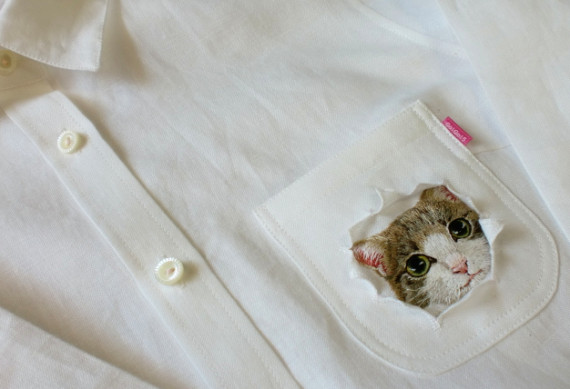 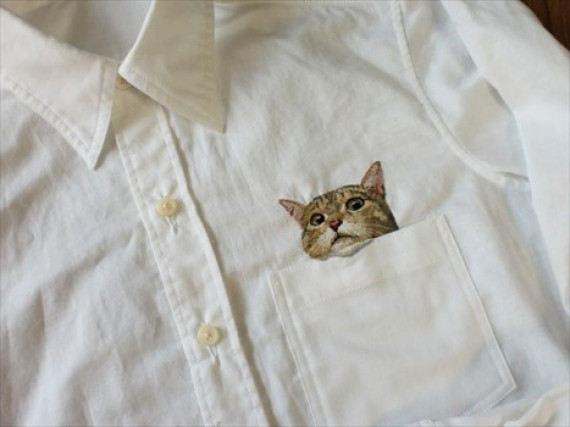