Today, we tend to get lost in the hustle and bustle of our own immediate existence. We focus on our families, careers and bank accounts and forget about the individuals and organizations that have given us great opportunities and freedoms.

Joan Baez began to make her mark on the world in the 1960s as she composed, recorded and performed songs of peace and spirituality. She was born in New York City and fell in love with folk songs and political activism. This led her to sing traditional folk ballads, spiritual music and blues across Cambridge, Mass.

She captivated small and large audiences with her soprano voice that spanned three impressive octaves and released the first folk music albums that became best-sellers in the United States. In her youth, she marched and sang for student rights, civil liberties and peace. Baez then devoted her time to supporting humanitarian causes and her California school focused on non-violence. She released an autobiography, “Daybreak,” in 1968 and a memoir, “And a Voice to Sing With,” in 1987.

Maurice Ferre was born in Puerto Rico in 1935 and attended the University of Miami. His dream was the become part of the political system in order to change the nation for the better.

In 1966, he became a Florida State Representative and later served as the Commissioner of Miami. In 1973, Ferre made history when he became the first Hispanic Mayor of a major city in the United States as the Mayor of Miami. He served as mayor for 12 years and was a part of the Democrat party.

Another political history-maker, Nydia Velazquez was born in Yabucoa, Puerto Rico in 1953. She was a young activist in her home country and spent her teenage years fighting for a variety of causes including the increasing the level of health and sanitation in her school.

Her father was also politically active, working toward better wages and working conditions for workers in the sugarcane fields. Velazquez came to the U.S. to pursue a master’s degree in political science from New York University. In 1992, she became the first Puerto Rican woman to be elected to serve the United States Congress. Velazquez, as a Democrat representing New York, was the chair of the Congressional Hispanic Caucus until January of 2011.

Cesar Chavez is arguably the most well-known Latino civil rights activists in history. A Mexican-American, Chavez was supported by the American labor movement and used a nonviolent, unionized approach in an effort to bring awareness to the struggle of the Hispanic farm workers across the nation but particularly in California and Florida.

Chavez improved the lives of countless Hispanics. He coined the phrase, “Si, se puede.” Cesar Chavez Day is a holiday in California, Colorado and Texas and takes place on his birthday, March 31st, each year. He died on April 23, 1993.

The oldest leader on our list is Spanish missionary Junipero Serra. In the mid-1700s, Serra came to California as a Spanish Franciscan Friar and opened 21 Spanish missions from San Diego and San Francisco. His contributions are multi-fold in that the architecture of his buildings continue to influence California structures today.

In addition, he brought to California crops that are now vital for the state’s agricultural contribution to the nation including: lemons, olives, figs, grapes and a variety of vegetables. While there has been controversy surrounding how the native people were treated while present at Serra’s missions, Friar Serra was beatified by Pope John Paul II in 1988.

As a culture, we have a wealth of leaders and activists to look up to and emulate. Whether fighting for human rights or developing sustainable farming practices, we have truly left an impact on the world for centuries to come.

We leave you with Joan Baez singing “Oh Freedom”– a song she sang on the day Martin Luther King Jr. gave his speech for civil rights at the March on Washington.

5 Hispanic Activists And Leaders Who Paved The Way
Hispanic Contributions 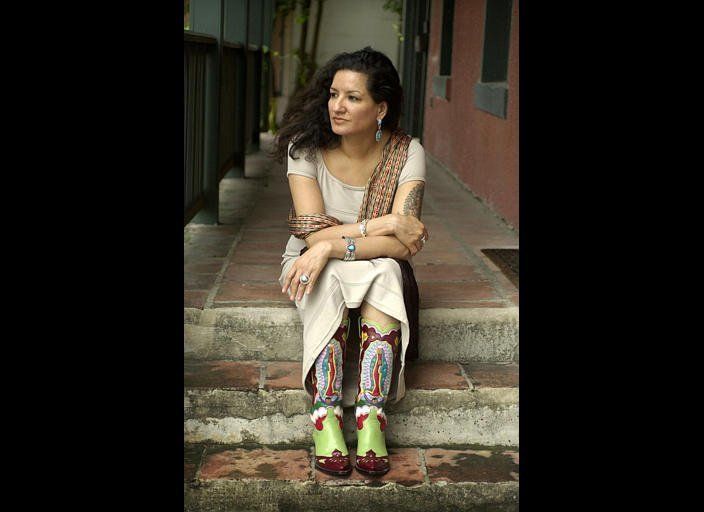