She left behind everything she learned as part of her Catholic upbringing in a Hispanic family to convert to Islam. She now ensures that her body is entirely covered by clothing when she goes out and lives her life by the strict structures of her new religion.

Kalene Santana, a 19-year-old of Puerto Rican and Dominican descent, says she "lives and loves in Spanish, obeys the laws and pays her taxes in English and worships her god in Arabic." And no matter how big of an adjustment her conversion to Islam has been, Santana is willing to face the challenge head on in order to live proudly in two spheres she says identify her as a woman: Hispanic culture and Islamic culture.

She's not alone. This is also the case for the former Delma Oliveras, now known as Zainab Ismail since her conversion to Islam three years ago. Ismail, the director of Nadoona, an Islamic organization that dedicates itself to health education, is of Puerto Rican origin and said she feels spiritually fulfilled since leaving her Christian roots behind and converting to Islam.

"About 15 years ago I met a Lebanese friend who introduced me to Islam and the Qur'an. But back then I didn't want to hear about it," Ismail says about her initial encounters with the religion she now embraces. "I was born and had my first communion in the Catholic church, but I didn't feel a connection to God. After a time, I began yearning for that connection and one day, in my car, I had this deep holy feeling that I was ready to convert (to Islam)..."

From that moment onwards, the conversion process was uninterrupted.

"They taught me how to pray, how to do things, and in almost no time I began practicing the faith."

Before converting, Santana had had few encounters with Islam or other Muslims.

"I had two uncles who converted in the 90s. They never pushed me or tried to teach me too much, I just knew they were Muslims. At my Catholic church they would ask me what I was and I would say that I was born into a Catholic family, but did not feel Catholic. After school, instead of hanging out, I would go on my computer and search for answers to my questions. I learned what Islam was and I made the decision."

And although there are fundamental differences that separate the traditional beliefs held by many Hispanics from the approximately 40,000 Hispanic Muslims who reside in the United States today, according to the Islamic Society of North America, there are also similarities within their roots that these Muslims treasure as common ground. Hispanic Muslim customs include a touch of creole folklore and culture, especially in food, and speaking Spanish and family values are prized above all. Ismail said these customs are so rooted in Hispanic Muslim households that they can be easily seen in any reunion celebrated by members of this group.

But following the established religious laws of Islam can be a culture shock for Hispanic Muslims. This is especially true if one takes into account the fact that Islam emphasizes humility and conservative values, characteristics that are not always in line with Hispanic traditions. For example, there are Hispanic communities across Spain, the Caribbean and Latin American countries which value free-spirited individualism, feminine sex appeal, and the playful-yet-charged interplay between the sexes.

For these women, however, covering their bodies to adhere with the guidelines of Islam is not as big of a challenge as being misunderstood by those around them due to their conversion.

"My mom is very passive and cool, raised Catholic, but not very religious. For her, my adoption of the hijab and changing my clothing to looser-fitting clothes was the biggest thing about my conversion because it became something external and not internal. She still has a tough time understanding why I have to cover my body parts and how that represents modesty."

Ismail who is the daughter of a pastor in the Pentecostal Church who does not support her decision to leave the religion in which she was raised, has felt the conflict between faith and tradition in her own home. She said it has been difficult to face the reality of starting her new life as a Muslim without support or guidance from her family.

"I try not to discuss those things with my dad. In Islam parents are given the utmost respect and you're never supposed to argue with them, and that's the deepest thing for them. I just pray for my parents..." she admits.

But without any support from her family, it was difficult for her to begin her new life.

"Not having Muslim family members is the hardest part. I've been married for two years and I have a Lebanese husband, but he was raised here," she explains. "Not having someone while you're in the process of being married to ask about how to be a good wife is hard..."

Santana said she feels confused about her identity sometimes, adding that she looks to find herself in the faith she professes and that she tries to distance herself from the experiences she lives at home and out in public.

"I've gone through several phases. Being a Muslim, I would go to the mosque, but would not wear a hijab, and I would continue to go out to parties. During those days, sometimes I wouldn't even think about the fear of God... I've been confused, 'What do I want to do? I want to have fun, but I'm different.' I've done a lot of searching about my identity and how I identify myself to others. The most difficult thing is walking down the streets because people who don't understand have a lot of questions. You have to really know what you believe in," Santana said.

Facing prejudice and stigma about their hijabs and their religion in a city like New York -- where suspicions surrounding the Muslim faith and it's connection to the September 11 terrorist attacks persist -- can be demoralizing for any new convert, but this is not the case for these two Muslim women who are adherents to moderate Islamic sects.

"I was there, near the World Trade Center. I worked half a mile away from there and I saw the second airplane (hit). Back then I was not a Muslim and it was a tragedy. I knew a lot of people who died that day," Ismail said. "...But just like Christians, in Islam there are sects. There are 63 sects and the people associated with that tragedy are from extremist sects. You can't place the blame on all Muslims because of the acts of extremists."

Beyond the stereotypes, Santana said she is focused on continuing to grow her spiritual life and her studies, which she hopes to pursue in marketing, anthropology and communications. She added that she is still waiting to find her partner, who she hopes will share the same faith as her.

"It's very important for me to have a husband who is a Muslim. It's a lifestyle...," she said. "There are so many details, that if you marry a person who is not of the same faith, it would just not work out.

Ismail follows the same path and said that personal improvement, as well as her marriage, will continue to be her first priority.

"The number one thing is that I am married by God and nothing comes before that. Thinking of God first, thinking that God is watching what I'm doing... I treat people a lot better now then before I was a Muslim. I'm a different person. I thank God that I'm a better person now." 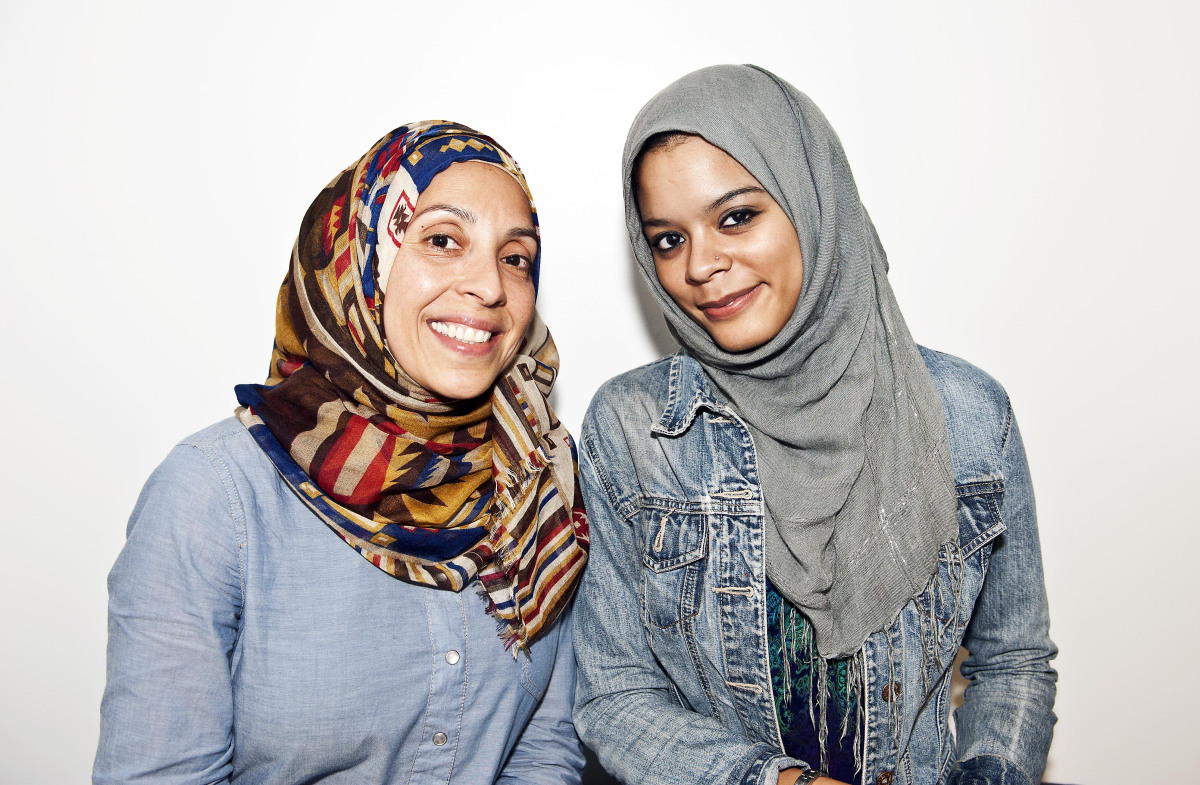