Latinos are dramatically remaking religion in America, even in the Catholic Church where they are making an impact not only in growing numbers but also in following charismatic Christianity.

It is a religious zeal attributed by experts to immigration along with the increase in Latino population and a tidal wave of Pentecostal and evangelicalism that is shaping Hispanic spiritualism in the country.

“We are changing America, and we are doing it in Christ’s name,” said the Rev. Francis Siciliano, as he prepared for Holy Week services at Ministerios Fe y Esperanza Church in North Hollywood. “We are doing it through our faith and our presence.”

Latinos, Pentecostal pastor Wilfredo de Jesus of Chicago goes even further in saying, “are saving American Christianity.”
“No doubt, every denomination would have decreased in membership,” he says, “if it had not been for Hispanic growth…”

Nationally, more than eight million Americans identify themselves as Latino evangelicals, according to the National Hispanic Christian Leadership Conference, which also reports that over a third of the 52 million Hispanics in America now call themselves “born-again.”

They have had an influence in shaping parishes, apostolic movements, leadership, ministries and worship with an emergence of store-front Hispanic-centered churches from inner cities to the suburbs that often appeal to Latinos in trouble, from immigration problems and crime.

And it is that evangelical-inspired charismatic spiritualism, both within the Catholic Church and outside it, that is refashioning religion among Latinos.

“It’s a Hispanic evangelical moment and the media, the government and local officials should take notice of this growing demographic,” says the Rev. Gabriel Salguero, president of the New York-based National Latino Evangelical Coalition.

“We have small storefront churches, but we have mega-churches. We have my 100 Latino mega-churches around the country.”

One of those mega-churches is the 20,000-strong New Life Covenant Church in Chicago whose pastor, the Rev. De Jesus built it up from a congregation of only 100 in 2000 into the largest Assemblies of God church in the country.

“It’s the hour for us in this country to turn it back toward the Lord,” says DeJesus, who was named one of Time magazine’s 100 most influential people in 2013.

“We’re much more than ‘hallelujah’ people,” he said in an NPR interview. “We’re into government, and we are into politics. We are a force to be reckoned with. We’re very vocal now.”

It is the kind of growth and transformation that have turned the heads of politicians, who this year see it as a rising force in midterm elections, as well as of the Catholic hierarchy, who are steadily losing faithful to these new churches.

“A generation ago, we can hardly imagine a Hispanic saying he or she had ‘no religion,’ yet that number has doubled in just the past few years,” says Archbishop Jesus H. Gomez, head of the Los Angeles Archdiocese, the largest in the country and whose four million followers are 70 percent Latino.

It is difficult for the Los Angeles Archdiocese to ignore the competition, just as it may be difficult for Catholic officials to fully understand the attraction of the evangelical movement outside the church.

“Latino Protestantism from the very beginning has always had a sense of community — in other words, we are responsible for each other,” says Juan Martinez, a professor at Fuller Theological Seminary in Pasadena, Calif.

“As issues have kind of pushed us, pastors and churches all of a sudden realize, we have to address this.”

Today more than two-thirds of the country’s Latinos are Catholic, but that number is falling and by 2030 that percentage could be closer to half, with most of those leaving for evangelical Protestant churches.

Pope Francis has gone so far as to talk publicly about that exodus, wondering whether it might be that he Catholic Church is “too distant from (the poor’s) needs, perhaps too poor to respond to their concerns, perhaps too cold, perhaps too caught up with itself, perhaps a prisoner of its own rigid formulas.”

“In contrast, Pentecostal churches offer not only intimacy and solidarity, but often deal with the concrete problems—whether it be illness, drug addition, domestic strife, or crime—that afflict the faithful,” says Manuel Vazquez: Associate Professor of Religion at the University of Florida and author of “Immigrant Faiths: Transforming Religious Life in America.”

“In these Pentecostal churches it is hard to be anonymous; they seek a holistic transformation of the self.”

One of the best examples of that may be the Victory Outreach congregation of more than 600 churches and one of the fastest-growing ministries in the country, that focuses on what pastors there call the “hurting people” — former gang members, drug addicts, and prostitutes.

“We reach a number of people that come out of poverty, brokenness — some people come out of prison,” says Al Valdez, a Victory Outreach pastor in San Diego.

“So obviously they have some baggage and we’re equipping them and empowering them to be able to go beyond those challenges. And many of them are starting to experience the blessings of god in their life.”

At Ministerios Fe y Esperanza Church in North Hollywood, the Rev. Siciliano says he looks at it more as doing the work that Jesus did.

“For many in our congregation, our church is the most enduring connection to the peace and opportunity in this great new country they’re in,” says Siciliano.

“We are ministering as Christ would have done, and who knows what good work will come from this?”

How Hispanics Are Changing Religion In The U.S.
Health Problems Your Doctor Can See First 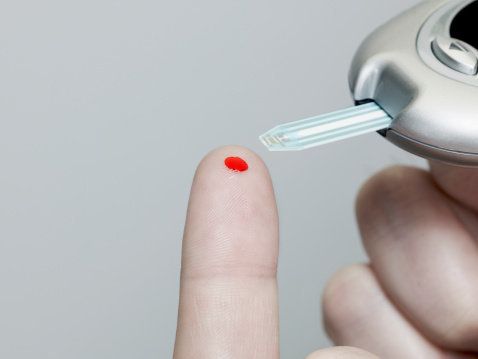 1 / 24
Diabetes
A routine eye exam can detect blood and other yellowish fluids seeping out of fragile vessels in the retinas. Eye doctors call this diabetic retinopathy, and it just happens to be the leading cause of blindness in the U.S..