If you live in the Bay Area then you probably understand that most people here tend to think they are "gods of innovation". That being said, it only makes sense to transform a historic San Francisco church into a center for art and innovation, right?

This is what Venture Investor and Founder at GVA Capital, Pavel Cherkashin, thinks. Pavel recently purchased a 100-year-old non-operative church in San Francisco's Russian Hill neighborhood. Once the city approves the use of type and restoration work permits, Pavel plans to restore the holy structure to serve as an educational home known as 'Hack Temple'. 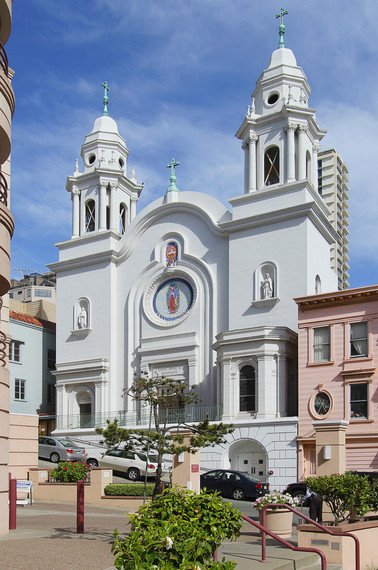 "If you think about how the universe was created, it's a similar process to what a programmer is doing when he opens his computer and starts to code with, 'hello world'. Our belief is that every software engineer, every creative professional, every dreamer is a god to himself," Pavel said.

An inspirational center for innovation

Originally built for community, motivation and encouragement, Hack Temple will serve as the perfect place to inspire creative thinking.

"Everyone is trying to evangelize their message in the tech industry. For example, look at TED talks. The opinion leaders in every segment are up front spreading their message, almost like priests. Whether it's an innovation leader at Microsoft, or a 15-year-old with a million followers on Instagram, they all follow the same special format when sharing their message. We want to provide a space for people to share their messages. A church has the original spirit and decor that makes people feel encouraged, safe and protected," said Pavel. 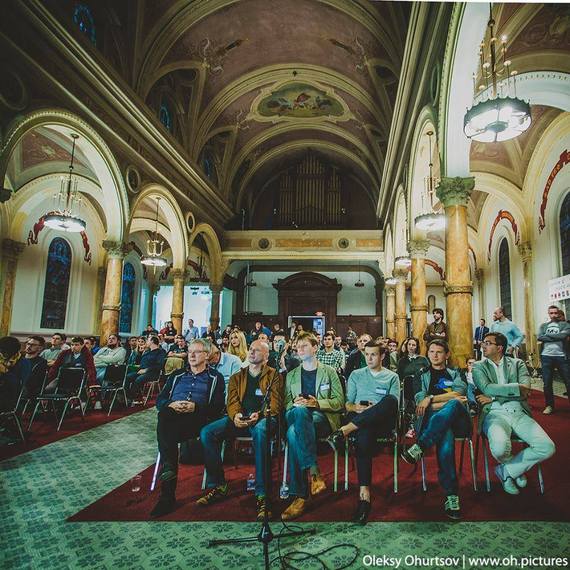 And while the concept may be unique, this isn't the first time this historic church has functioned as an alternative venue. In fact, this structure hasn't been used as a church for a few decades. The space previously served as a Chinese-English school for over 20-years.

However, Pavel believes that his new venue best reflects the building's original purpose.

"Theoretically, we can turn any type of building into this type of space. Initially, we were open to multiple types of venues. When this opportunity came along though, we felt like it was perfect match for what we wanted to achieve. Plus, all of our mothers are proud that we're actually going to church now," Pavel said jokingly.

While many of the events at Hack Temple will be opened to the general public, Pavel wants to ensure that each event will inspire unique experiences.

For example, the former church houses the oldest pipe organ in San Francisco. Now that the pipe organ is working again, Pavel plans to open it to the public for a series of inspirational music events. This will be the first time the instrument is played in over 30-years.

Innovative events such as hackathons are also on the agenda. Pavel plans to host Hack Temple's first hackathon around Christmas time, which will focus on discovering ways for Santa to survive in the "new-tech world." 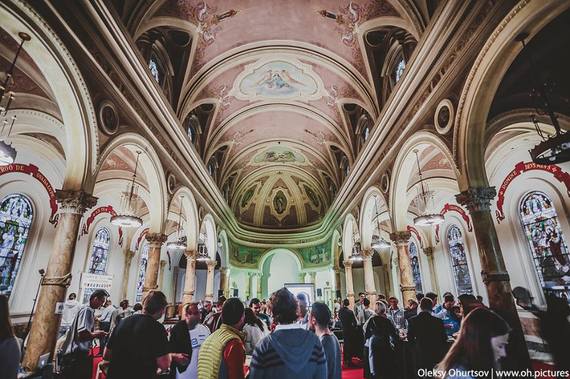 An inside glimpse of Hack Temple

Other future events will include virtual reality participation.

"In addition to the traditional material world, there are a number of virtual layers in this space that will serve as a place for artists and opinion leaders to bring an audience into another reality," said Pavel. "If Elon Musk wants to invite people into his Mars colony, we want this to be the place where he can easily have people put on the VR headsets and walk around on another planet. If an artist wants to show work that isn't able to be physically present, we can still make it available to the public here. We even have the ability to give every viewer his/her own version of the virtual world."

However, most of the events taking place at Hack Temple will remain intimate, as San Francisco has restrictions on how many people can be present at different events. For instance, the venue cannot be rented out for weddings or large parties. The space will primarily function as a venue for free or shared profit events, with organizers that hope to positively impact society.

So, what's in store for the future?

Pavel's first goal is to maintain the historical heritage of the building. Secondly, he hopes to have the city of San Francisco approve the use of type and restoration work permits.

"Once the dust settles, we need to bring this building's soul back to life. It breathes through people coming in its doors. The more people that we bring in, the more warm and friendly the space becomes. It's cold and dark now because it has lacked people's attention for too long. We want this historic church to be as open and as friendly as it once was 100-years ago," Pavel explained.

Of course, once word gets out, more people are going to want to visit and host events at Hack Temple. It's just a matter of time before this historic venue will flourish and inspire members of the community yet again -- especially all those "gods of innovation" in the San Francisco Bay Area.