About a month ago, I wrote about the recent discovery of photos of Annie Moore, the Irish teenager who was the first to arrive at Ellis Island when it opened on January 1, 1892. On December 29th of last year, the New York Times featured a photo of Annie that had been located by her great-granddaughter, Maureen Peterson. I was delighted that we could all finally see what this symbol of immigration -- and by extension, the American dream -- looked like. It was long overdue.

But I was also aware of two additional photos of Annie that had been unearthed -- one that was confirmed and one that seemed highly likely. Here is the second photo that has been verified, showing Annie as a young mother approximately six to seven years after her arrival. This image was found by her great-niece, Pat Somerstein, and includes one of Annie's daughters decked out in a fur-trimmed jacket and a halo of flyaway hair. 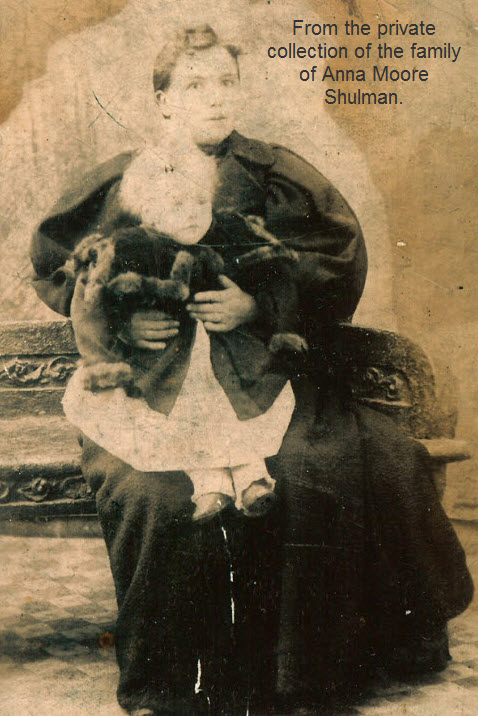 And now we come to the history mystery that I wrote about previously. Discovered by Annie's great-nephew, Michael Shulman, at the National Park Service's library at Ellis Island, this image appears to be Annie with her brothers on the day of their arrival at Ellis Island itself: 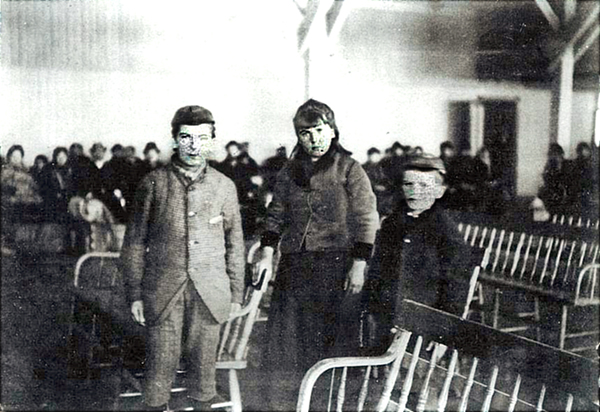 If that's true, this photo is historically significant. I would go as far as to call it iconic. But the question is whether the picture is truly Annie and her brothers.

I conducted extensive research and reached the conclusion that it almost definitely was them, but couldn't find any convenient, "smoking gun" proof that established this beyond any doubt. Still, I found ample evidence to support the notion, which you can read about in my earlier article.

Having been assured that this photo is in the public domain, I am now sharing it and asking for help to either prove or disprove that this is Annie. You can learn of arguments for and against in the previous article, but to assist the quest, I'd like to add two more paired images.

The first is a close-up of Annie from the confirmed photo above next to a close-up of the girl in the possible Ellis Island picture. The Ellis Island candidate was found before family members located the others, so it's intriguing that there's any resemblance at all. Photo detective, Maureen Taylor, declared the similarity "striking," but came up shy of asserting a match -- not surprising, given the quality of the images.

And here we have beams -- the top being from a detailed drawing of the interior of Ellis Island done in 1893 and the bottom being from the photo in question. I don't know how common this style of beam was at the time, but perhaps a reader with a background in architecture can shed some light.

So here's my plea. If you have expertise in facial recognition, architecture, the history of Ellis Island or the Barge Office that preceded it, or in any area that might contribute to the resolution of this mystery, please post comments here or email me, whether they support the claim or refute it. It was a virtual team of genealogists who restored Annie's place in history back in 2006, so I'm hoping that a similar crowd-sourcing approach will work again. Let's find the truth!