The blame game is one of mankind's oldest rituals. After disaster, we invariably look for someone whom we can hold responsible.

Ancient societies often kept official scapegoats, animals or humans who would be sacrificed after disaster in the hope of purifying the community and avoiding further punishment from the gods. These unfortunate figures were like lightning conductors, carrying away public anger. Or, to use a similar analogy, they are like electric fuses, which melt as the circuit becomes overloaded, and are thrown out, and replaced, so the current can flow once again.

The human scapegoats might be convicted criminals or suffer from a physical deformity that set them apart. They would be marched through the city in fine robes, as the people's sins were cast upon them, before being taken outside the walls and stoned to death.

Today, we might have moved on from such barbarism, but we express the same urges in different ways. We still shriek for blood after disaster and are quick to find someone to blame for something usually far beyond the power of a single being.

We've seen this happen increasingly during the current economic crisis, and technology and the modern media mean that it is easier than ever before to spread these ideas and scapegoat people. We often decide on their guilt before all the evidence has emerged and social media allows a mob to build swifter than ever before - not that I'm blaming technology, mind you.

Not every scapegoat is entirely innocent and they are a disparate bunch, as the following 11 examples show:

Charlie Campbell is the author of "Scapegoat: A History of Blaming Other People" [Overlook Press, $19.95]. 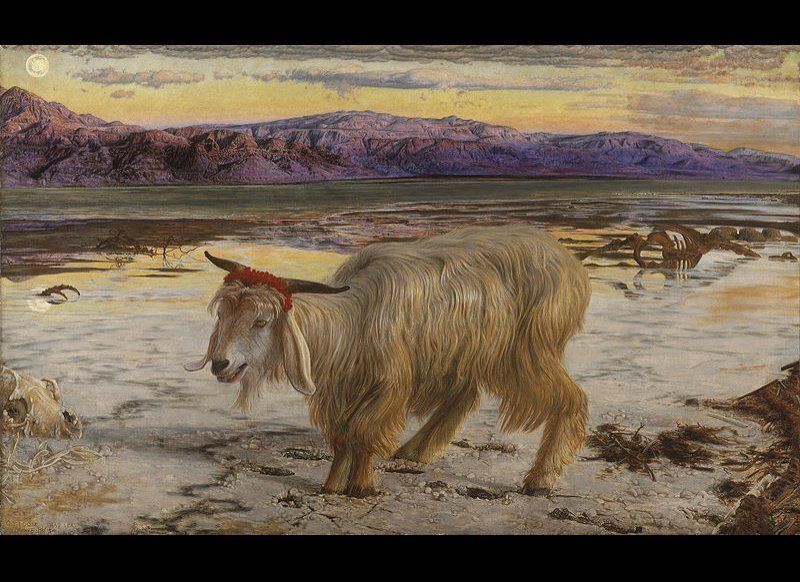 1 / 11
The original scapegoat
William Tyndale coined the word 'scapegoat' in his 1530 Bible, to describe a ritual from the Jewish Day of Atonement. In it, two goats are sacrificed - the first to Yahweh, so that he might pardon Israel; the second is saddled with the sins of its people by the high priest and is driven into the wilderness, taking all the wrong-doing with it. When the red tassels tied to the goat's horns have been bleached white, the sins are deemed to be expiated. (Obviously the goat is long dead by this stage.) Tyndale met a fate every bit as grim as the scapegoat's, being strangled and burned at the stake. He had translated the Bible into English, allowing a ploughboy to know more scripture than a scholar, but this enraged the Church, whose authority he was challenging. He left us a tremendous legacy - over three-quarters of the King James Bible is largely his work.
Wikimedia