After the 2016 elections, there was a tremendous uproar around the country that those in power just didn’t really represent many people in the country. And so activists, many of them new to the political process, started organizing. They joined local political groups, formed new organizations and even ran for office.

The result, after Tuesday’s midterm elections, is government that looks more like the nation. A record number of women are heading to Congress, and at all levels, there are more women and minorities ready to serve.

HuffPost profiled a dozen of these historic candidates, with illustrations by Kyle Hilton. 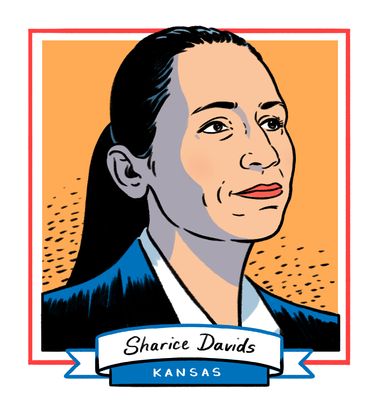 Kyle Hilton For HuffPost
Sharice Davids made history in more ways than one when she bested Rep. Kevin Yoder (R) in Kansas’ 3rd Congressional District race.

The 38-year-old attorney and former MMA fighter will now be one of the first Native American women in Congress, joining Democrat Deb Haaland of New Mexico with that distinction. Davids will also be the first openly LGBTQ member of the Kansas congressional delegation and the first Democratic woman to represent her district. She is a member of the Ho-Chunk Nation.

"If we don't see an opportunity for something, then we just need to create it," Davids said in March about her decision to run. "We don't have the luxury of waiting. We have to make things happen."  — Hayley Miller
First Latina Congresswoman From Texas 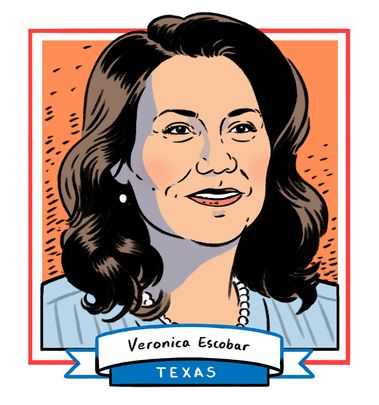 Kyle Hilton for HuffPost
Texas is 40 percent Hispanic, but it has never sent a Latina to Congress — until now. Veronica Escobar, a 49-year-old former El Paso County judge, is the new congresswoman in the 16th Congressional District. Democrat Sylvia Garcia, in the 29th District, shares the historic milestone.

Escobar’s victory will give the border district a Hispanic voice in Congress at a time of ferocious anti-immigration hysteria. 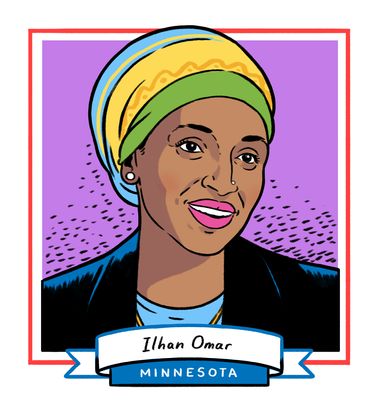 For Omar ― who was born in Somalia and spent four years in a refugee camp in Kenya before coming to the U.S. at age 12 ― breaking barriers will be nothing new. When she was elected to the Minnesota House in 2016, she became the nation’s first Somali-American legislator.

“I hope my candidacy would allow people to have the boldness to encourage people who don’t fit into [a] particular demographic to seek office,” she told HuffPost that year.  — Sarah Ruiz-Grossman
Youngest Woman Elected To Congress 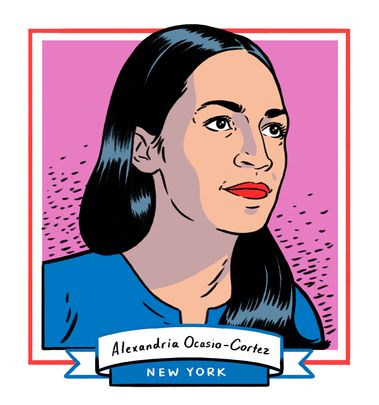 Kyle Hilton for HuffPost
Alexandria Ocasio-Cortez, 29, is the youngest woman ever elected to Congress after winning the seat in New York’s 14th District. Ocasio-Cortez, a political newcomer, shook up the establishment when she unexpectedly defeated a 10-term incumbent in the primary, and she easily prevailed in the general election in the heavily Democratic district. Her win galvanized progressives across the country.

“Our district is overwhelmingly people of color, it’s working class, it’s very immigrant ― and it hasn’t had the representation we’ve needed,” Ocasio-Cortez, who is Latina, told HuffPost in June. She ran on a progressive platform that included Medicare for all and abolishing Immigration and Customs Enforcement.  — Sarah Ruiz-Grossman
First Openly Gay Sheriff In The Midwest 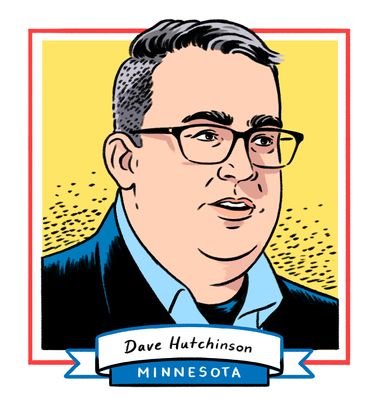 Kyle Hilton for HuffPost
Dave "Hutch" Hutchinson, a 39-year-old progressive, won his race for sheriff of Hennepin County, Minnesota, and will be the first openly gay sheriff in the Midwest. Hutchinson, who has spent 15 years as a police officer, faced off against incumbent Rich Stanek. Hutchinson called Stanek’s approach to policing “the '90s model" and criticized Stanek’s meeting with, and praise for, President Donald Trump.

“This is a very progressive county,” Hutchinson said in October. “To have a very nonprogressive ... sheriff is just kind of odd to me.”

Hutchinson emphasized a community policing approach and said deputies would no longer ask individuals they come into contact with about their immigration status.  — Matt Ferner
First Muslim Woman In Congress 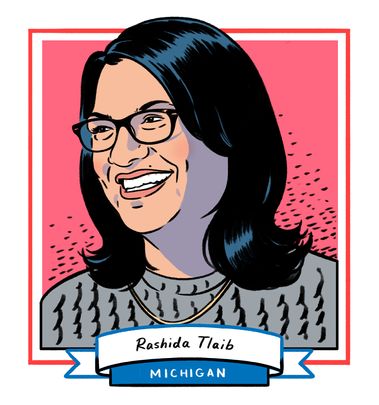 “I’m going to be a voice for them,” the 42-year-old daughter of immigrants told HuffPost in August, speaking of Palestinians. “I look forward to being able to humanize so many of them that have felt ‘less than’ for so long.”

Tlaib also made history in 2008 as the first Muslim woman in the Michigan Legislature.  — Sarah Ruiz-Grossman
First Black Woman To Represent Massachusetts 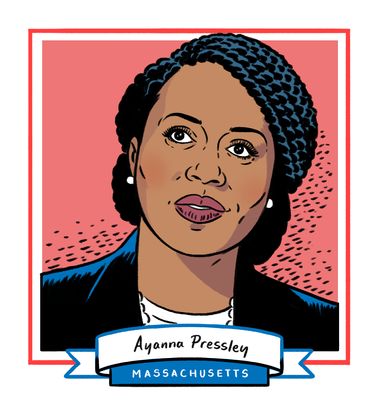 Kyle Hilton for HuffPost
Ayanna Pressley will be Massachusetts' first black congresswoman after winning in the 7th District. The Boston City Council member also broke barriers in 2009, becoming the first woman of color elected to that body.

Pressley, 44, was a shoo-in to win the House seat with no Republican on the ballot, two months after her primary upset against a 10-term Democratic incumbent.

Pressley spoke out during the Brett Kavanaugh Supreme Court fight, noting that she is a sexual assault survivor and felt that although his confirmation was a dark hour for the nation, it could also "be the galvanizing force for the strongest progressive movement in a generation."  — Sarah Ruiz-Grossman
First Female Governor Of South Dakota 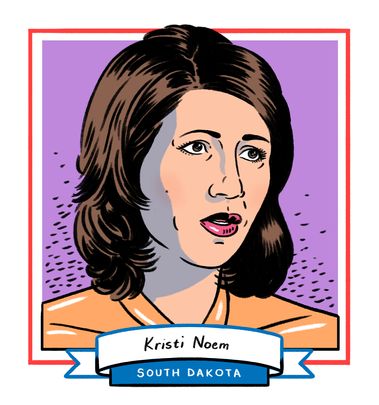 Kyle Hilton for HuffPost
Rep. Kristi Noem (R) is the first woman elected as governor of South Dakota. Raised on a farm in rural South Dakota, Noem served in the state legislature for four years before winning a seat in the U.S. House. She was the fourth woman to represent South Dakota in Congress.

Noem, 46, faced a close race against Democrat Billie Sutton, the state’s Senate minority leader. Political analysts considered South Dakota to be among a number of solidly Republican states that could lean Democrat in the midterm elections. But in the end, the state stuck with the Republican candidate.

Noem didn't focus on the milestone during the race, but she said after that it was "pretty humbling" to make history.  — Antonia Blumberg
First Openly Gay Man Elected Governor 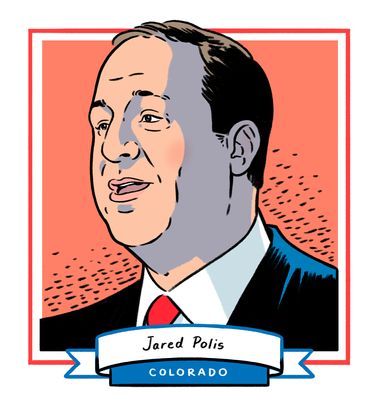 The five-term congressman beat out Republican state Treasurer Walker Stapleton, a second cousin of President George W. Bush. Polis, 43, is a member of the center-left New Democrat Coalition, supporting single-payer health care and marijuana decriminalization. In 2017, he launched the Cannabis Caucus in Congress.

Earlier in the year, Polis talked about the historic nature of his candidacy and said his victory would give Colorado "an opportunity to stick a thumb in the eye of Mike Pence, whose view of America is not as inclusive as where America is today."  — Lydia O'Connor
First Native American Congresswoman 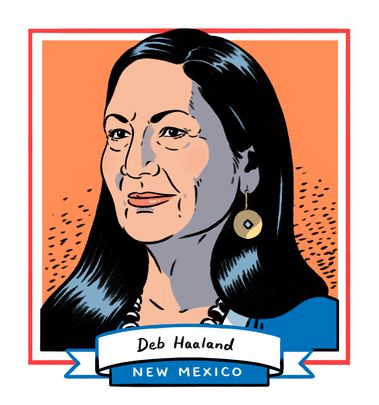 Haaland, an enrolled member of the Laguna Pueblo tribe and former state Democratic Party chair, ran a progressive campaign focused on clean energy, affordable health care and fighting for the poor.
More than 10,000 people have served in the House and over 1,300 have served in the Senate since the first Congress met in 1789. Not a single one was a Native American woman. 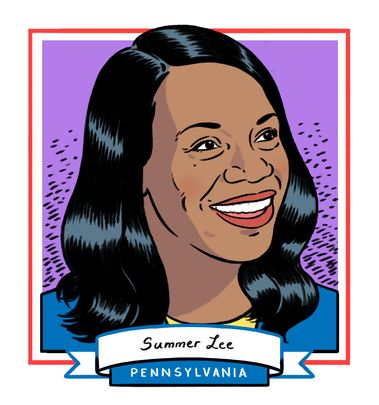 Lee will now be the first black woman to represent southwestern Pennsylvania in the legislature. An attorney and labor organizer, Lee had the backing of the Democratic Socialists of America and took on the establishment with a progressive agenda. 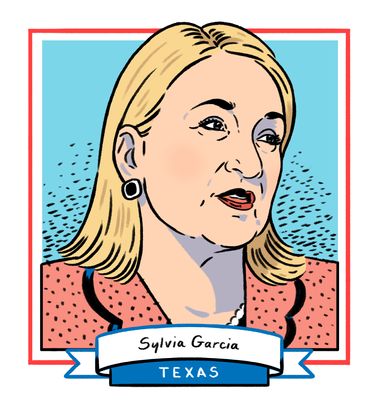 Kyle Hilton for HuffPost
Texas’ 29th Congressional District was drawn in 1992 as a majority-Hispanic district, but since then it has been represented by an Anglo, Gene Green. That will change when Sylvia Garcia, a Texas state senator, takes the place of the retiring Democrat. She and Veronica Escobar will be the first Latinas to represent Texas in Congress.

"I wanted Latino girls and boys to to know this is a state of opportunity and it's a welcoming state," Garcia said in March. "You have to work hard and believe in yourself and you can do it."

Garcia, 68, is part of a record wave of Hispanics who ran for office of one kind or another in Harris County — 53 candidates in all, by the Houston Chronicle’s count.  — Laura Bassett