Debt seems to be everywhere in the news nowadays: debt ceilings, sovereign debt crises, credit crunches, senate battles over debt protection agencies, subprime mortgages, the creeping feeling that the United States has somehow hocked itself to China. It might cause one to wonder: how did all this happen? How did politics suddenly become all about who owes who how much money?

When I started researching my new book, "Debt: The First 5000 Years," it was partly to answer just such questions. What I discovered startled me. Credit systems, and with them, periodic debt crises, are as old as history. What's more, arguments about debt and debt forgiveness lie behind countless wars and revolutions, as well as behind the rise of Western philosophy, and just about all of the great world religions. They have come to shape every aspect of our lives in ways we are mostly completely unaware of.

Here are a few examples of what I found:

9 Things You Didn't Know About The History Of Debt (PHOTOS) 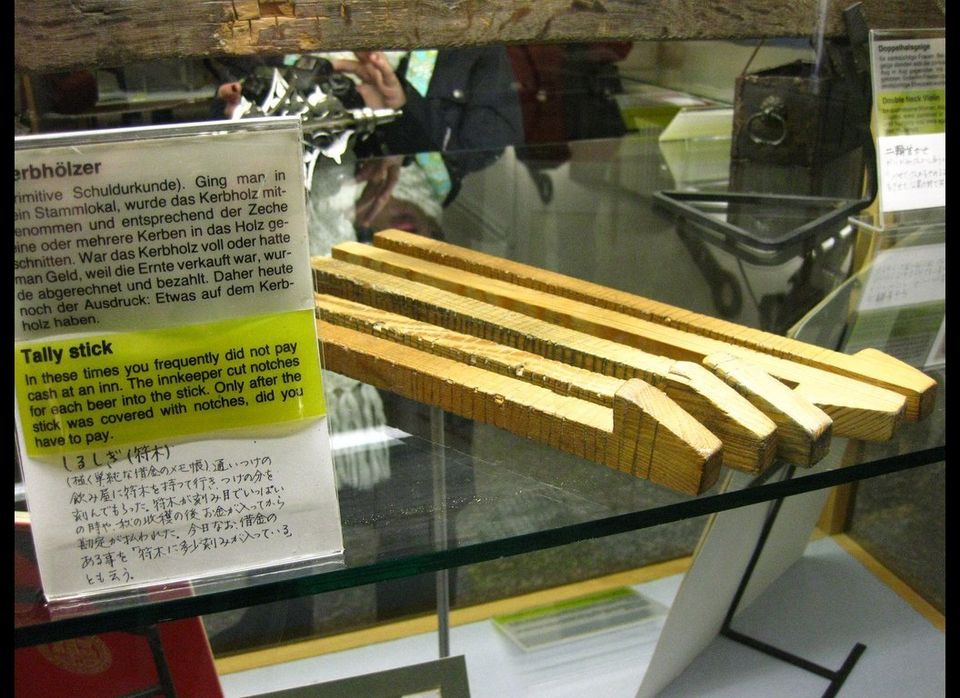 1 / 9
1) Virtual money is not new; actually, it's the original form of money.
Coinage was only invented around 600 BC, but expense accounts, bar tabs, and compounded interest rates go back to at least 3500 BC. For most of human history, money was an accounting tool, not something people carried around and actually used to buy things. Money begins then as a way of calculating credits and debts. Perhaps the most common debt instrument in ancient times was the tally stick: a piece of wood notched to indicate money owed, then broken in half. In medieval England, the half kept by the creditor was called the "stock," that by the debtor was called the "stub." Stocks could circulate from hand to hand, becoming, effectively, money; and, of course, they were impossible to counterfeit, since no two sticks ever break in precisely the same way. The Greek word for such tallies was "symbolon," whence our term "symbol" derives. Oddly enough, in China, where bamboo tallies called "fu" were long used, the same thing happened: tallies are long since forgotten, but "fu" is still the Chinese word for "symbol."
Flickr/nan palmero