It's almost as if you should relearn everything you know about history.

And that's just the beginning. The stories below have become so persistently ingrained in our popular culture that we still consider them "facts" worthy of the history books. They aren't.

The plot of a vengeful prince planning retribution for the murder of his father the king, by his uncle, is at the center of an old Indo-European legend.

Around 1200 AD, the Scandinavian author Saxo Grammaticus even popularized the story in a work called, "Vita Amlethi," or "The Life of Amleth."

Although finding hundreds of new uses for the peanut and greatly aiding the farming economy of the American South, Carver didn't invent peanut butter, despite popular belief.

Peanut butter has actually been around since about 950 B.C., as the Incas in South America mashed their peanuts into a paste. But even in contemporary times, the first patent for a peanut butter-like substance was registered in 1884, when Carver was only about twenty years old. In his 1943 New York Times obituary, no mention of inventing peanut butter appears, though the publication lists peanut-based developments "including milk, ink, flour, breakfast foods, wood stains, face creams and, latterly, a medicinal peanut oil which was found helpful in the treatment of infantile paralysis." Carver never patented his products as he believed they were a gift from God.

Dr. John Harvey Kellogg is credited with the first patent related to "peanut butter," but most suspect that the true inventor of the delicious spread we've come to know will remain a mystery.

If anything, ninjas would have worn dark blue, as the night isn't actually pitch black.

The thing is, it would very rarely make sense for ninjas to have an "assassin" costume so ridiculously different from a normal wardrobe. No matter how many shadows you can sneak through, at some point you'd need to get close enough to the target to make the kill, and wearing an outlandish outfit that people would clearly identify you as "assassin" seems idiotic. But even the idea of ninjas regularly performing sneaky assassinations might be fairly skewed and overblown.

The Ninja Museum of Iga-ryū, a historical school of ninjutsu in Japan, claims the popular idea of what ninjas do and look like is "a mistaken image of the ninja introduced by movies and comic books." Ninjas who would swing their swords around in fights were considered the "lowest of the ninja," as using intellect and acts of espionage was typically the goal. 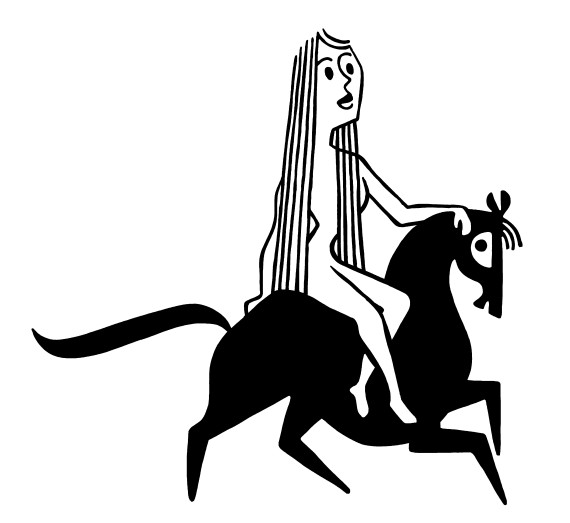 You probably now know her best from chocolate boxes, but according to legend, Lady Godiva wanted her husband to abolish taxes on the citizens of Coventry, England, so she rode through the town naked on a horse. How did that make sense? In a deal she made with her husband Leofric, Earl of Mercia, he would only grant her wish if Godiva made the now-famous nude ride. She obliged, and the town's taxes were abolished to the historic delight of the citizens of Coventry and generations to come.

There are a few reasons to question this tale, beyond its apparent outlandishness. First of all, it didn't start sprouting up until centuries after Godiva's death. The original version came from a monk from a monastery Godiva had originally funded. Furthermore, Coventry probably didn't even pay taxes back then.

Although many people think that Van Gogh cut off his whole ear, it was actually just a portion of the left earlobe that was removed. Furthermore, there's a compelling argument that Van Gogh wasn't the one who cut off the earlobe at all.

At the time of this incident, Van Gogh was living with his friend, French artist Paul Gauguin, with whom he had a tumultuous and often violent relationship. Gauguin was an expert fencer and the earlobe came off right after the two had a massive quarrel. The two officially asserted that Van Gogh had cut it off himself, but this could have been a decision by the artists to cover up the true shame and guilt of the encounter, especially when considering Van Gogh claimed in interviews that he had no recollection of the night. Although Van Gogh was also notorious for being mentally unstable, which could lend potential credibility to the tale, he did later write to his brother, "Luckily Gauguin ... is not yet armed with machine guns and other dangerous war weapons."

If you still want to hold on to some part of the legend, according to a report in Le Petit Journal just three days after the incident, Van Gogh apparently did actually gift the earlobe to a prostitute.

The later years of King Henry VIII -- the ones that involved many wives and beheadings -- seem to wholly overshadow those of a once relatively kind and generous ruler.

Despite the common imagery of Henry as a fat, bearded despot, the king actually took the throne at the age of 18 and was originally revered by subjects. They even called him "Bluff King Hal." Few people seem to know that right before the end of his marriage with Anne Boleyn, the king was still considered "sporty and generous."

Unfortunately, things started to fall apart when Henry was beset by persistent medical ailments like leg ulcers, which caused him to grow fatter and angrier as the years passed.

However, things also took a serious turn for the worse when Henry was thrown from his horse in a horrific jousting accident. The animal ended falling on top of him, leaving the royal unconscious for two hours. He reportedly experienced a downturn in mental capacities as well as extreme leg pain for the rest of his life. Boleyn miscarried a male child after learning of Henry's accident and later that year the king had her executed, starting a long, infamous history of villainy. 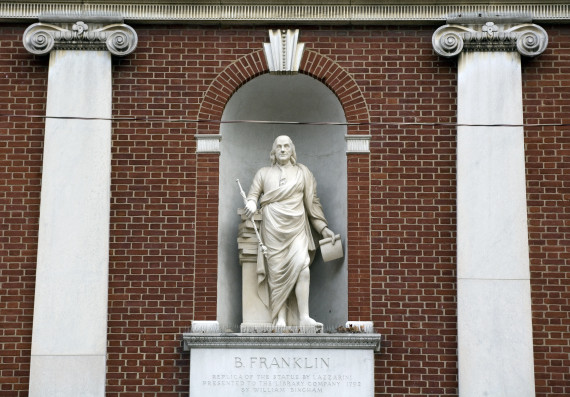 The only recorded account of Franklin talking about turkeys and eagles is in a private letter to his daughter about a military group called the Society of the Cincinnati, whose eagle seal he criticized for being inaccurate and looking more like a turkey. It is true that in this letter he also said that he wished the bald eagle wasn't the national seal, but his "preference" for the turkey was only because he thought that the SoC seal looked more like the bird that would eventually come to symbolize Thanksgiving.

Franklin actually did propose a different national seal in one of the early planning stages, but instead of any bird, he brought forth a more biblical symbol:

Moses standing on the Shore, extending his Hand over the Sea, thereby causing the same to overwhelm Pharaoh who is sitting in an open Chariot, a Crown on his Head and a Sword in his Hand. Rays from a Pillar of Fire in the Clouds, reaching to Moses, to express that he acts by Command of the Deity. ‘Motto - Rebellion to Tyrants is Obedience to God.’

This proposal didn't catch on and subsequent planning committees ended up choosing the bald eagle.

Albert Einstein actually crushed his report cards. His reputation for being a notoriously terrible student? That came from his habit of talking back to his teachers when he felt they were acting too authoritarian.

Einstein's mother once wrote in a letter to his grandmother, "Yesterday Albert received his grades, he was again number one, and his report card was brilliant."

And he definitely never failed mathematics, as in his own words, "Before I was fifteen I had mastered differential and integral calculus."

The first known report of French Queen Marie Antoinette having uttered the now-infamous words, "Let them eat cake," didn't surface until many years after her death. The quote is now widely considered to be a misattribution.

The first person to spread the claim was French writer Alphonse Karr, who only cited rumors in his piece of cake-based slander. "Let them eat cake" actually comes from Jean-Jacques Rousseau's autobiography, "The Confessions," where he detailed a time he was hesitant to enter a bakery because he was underdressed. He then mused, "Finally I recalled the stopgap solution of a great princess who was told that the peasants had no bread, and who responded: 'Let them eat brioche.'" This book came out when Antoinette was just a little girl, and biographer Juliet Grey recently wrote that she believes the princess Rousseau was referring to was Marie-Thérèse, the wife of Louis XIV.

Variations of the "let them eat cake" phrase have actually been attributed to many different women throughout history, meaning Antoinette's name really should be cleared if she is to truly receive her just desserts.